US$139
US$126
View deal
HIExpress.comUS$136
PricelineUS$136
getaroom.comUS$139
View all 19 deals
Prices are provided by our partners, and reflect nightly room rates, including all taxes and fees known to our partners. Please see our partners for more details.
Payments made by partners impact the order of prices displayed. Room types may vary.
JOE Z
Atlanta, Georgia
3136

Good but could be better

Hotel was clean and staff were pleasant. The rooms were comfortable and looked like they were recently updated. I had 2 major issues - the back door to the property was unlock-able (couldn't be closed) which presented a safety issue. Also, i had NO HOT WATER and saw a list of 6 rooms that also complained. Nice place but could be much better with some effort.More

Thank you for your review and for staying with us. We are thrilled to hear you found our hotel clean, the rooms comfortable and our staff pleasant.

We aim to provide our guests the brilliant basics, and a little more where it matters most. Your comments about the hot water and the back door lock have been noted and forwarded to our management teams to help point out areas that need additional attention.

This may not be your greatest stay with us, but thanks for sharing your concerns. We value your input and we would love to have you back.

Report response as inappropriateThank you. We appreciate your input.
This response is the subjective opinion of the management representative and not of TripAdvisor LLC
See all 174 reviews
Payments made by partners impact the order of prices displayed. Room types may vary.
Nearby Hotels 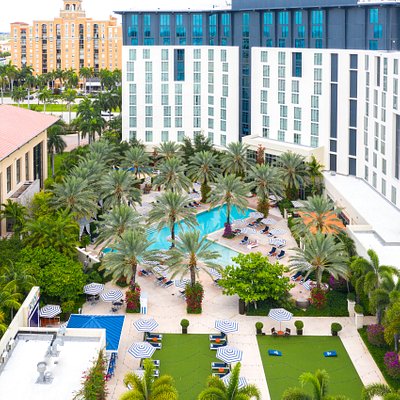 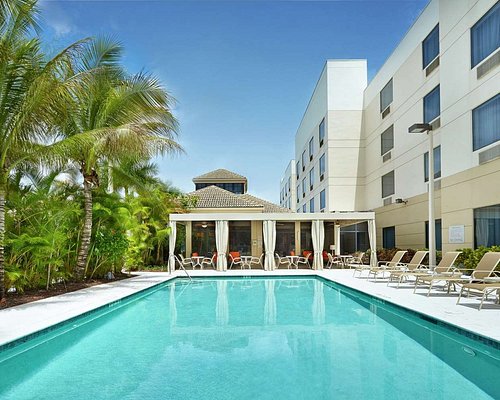 This review is the subjective opinion of a TripAdvisor member and not of TripAdvisor LLC
shinestex
San Antonio, Texas
2728
Reviewed 4 September 2019 via mobile
Hurricane season

Stormie was a wonderful help, being a out of state customer down for a quick rescue from a hurricane, she helped out and accommodate my stay, hotel is under renovation, nothing to extreme to complain about. Im glad i was persistent on staying there during the storm. FYI , i do not recommend staying at any hotel during any Cat 5 hurricane.

This review is the subjective opinion of a TripAdvisor member and not of TripAdvisor LLC
Cliff x
Crown Point, Indiana
20466
Reviewed 20 July 2019
Road Warriors avoid this place until the renovations are complete

I can't believe the conditions of the rooms while they are remodeling. Finish the room before you offer to a guest.
My room had no bar to hang my cloths, response from the desk "use the shower curtain". Great, where do I put my suits when I shower. Nothing was mounted, the toilet paper holder, the hair dryer-just laying on the counter. Paint stains on the carpet. Thank goodness I was only there one night

This review is the subjective opinion of a TripAdvisor member and not of TripAdvisor LLC
Ruffnitt2019
Nashville, Tennessee
13
Reviewed 5 July 2019 via mobile
Poor Example Of A IHG Hotel

My wife and I arrived on June 29 for a two night stay using my priority club points. I booked this hotel on the IHG site a month out. Upon our arrival we were informed that the hotel was under renovation. Why would they not post it on the booking site? We were given a room on the third floor. Entering our room we noticed that the room had paint spills on the carpet, no closet rod to hang close, no toilet paper holder as the toilet paper was on the floor, no towel racks and only two towels in the bathroom on the counter. The baseboard was all removed. The room had a bad oder. The front desk said they had no other rooms. After 12 hours of traveling we called it a day. The next morning we were woken up by the man vacuuming the hallway and hitting our door several times. There was no AC in the hallways and only one working ice machine in the entire hotel. When we went down for breakfast, we found they the breakfast area and workout room were both together in a small room. Half of the breakfast items were empty and there was a man on the treadmill while we were trying to eat. Tried to get changed to another room but the front desk clerk was to busy studying her tablet and books for nursing. My wife was on the elevator when they had a short power outage. (Construction crews were working). We checked out early and found a very nice Holiday Inn Express in Juno Beach which would not take my points and I had to pay. I called the Manager at the first hotel, Kathy and she was rude and would not refund my points back unless IHG called her. She offered no apology for our inconvenience at her hotel. I would never recommend this hotel to anyone for a stay. There are other choices in the area. I have yet to hear back from anyone regarding our terrible stay and experience. I have posted on Facebook, Yelp, IHG Survey and now this.

This review is the subjective opinion of a TripAdvisor member and not of TripAdvisor LLC
JoAnnP727
71
Reviewed 12 June 2019
Very Disappointed!

Check in was unacceptable! As a Platinum Member (10 year loyal IHG customer) I was insulted to be told that my reservation was about to be cancelled since I arrived at 2AM. The hotel was pre-informed. My room was very worn, dirty, smelly and even has iron burns on carpeting!