US$127
US$101
View deal
Travelocity
Expedia.comUS$110
HurbUS$127
View all 19 deals
Prices are provided by our partners, and reflect nightly room rates, including all taxes and fees known to our partners. Please see our partners for more details.
Payments made by partners impact the order of prices displayed. Room types may vary.
163dave163
1

Watch them..they will change your reservation without your knowledge charging your card for the nights that you didn't show up that they changed. Nonsmoking rooms smell like smoke as soon as you open the door.

Trip type: Travelled with family
Review collected in partnership with Choice Hotels
This business uses tools provided by Tripadvisor (or one of its official Review Collection Partners) to encourage and collect guest reviews, including this one.
See all 213 reviews
Payments made by partners impact the order of prices displayed. Room types may vary.
Nearby Hotels 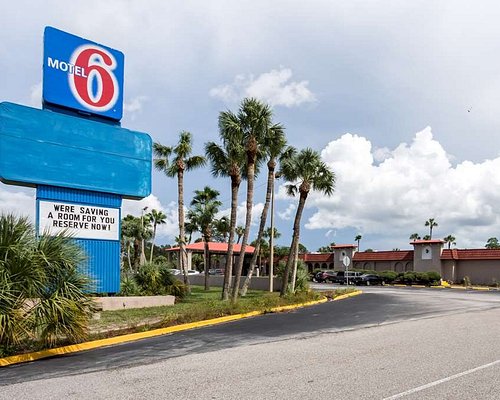 Motel 6 Spring Hill Weeki Wachee
US$80
US$72
Tripadvisor
View deal
Free cancellation
Pay up to 12X
Booking.com
Hotels.com
Trip.com
US$80
View all 17 deals from US$72
207 reviews
0.7 km from Quality Inn
We compared the lowest prices from 17 websites 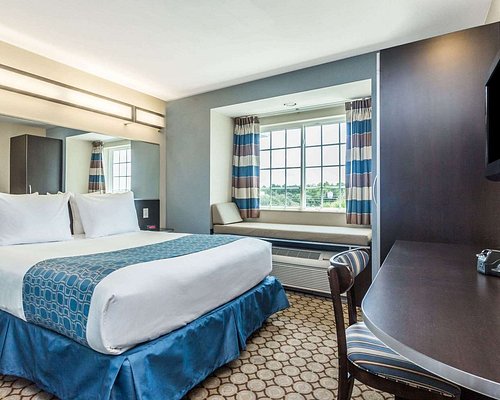 Top Rated
Breakfast included
Microtel Inn & Suites by Wyndham Spring Hill/Weeki Wachee
US$113
US$99
Tripadvisor
View deal
Pay up to 12X
Booking.com
Hotels.com
Lol.travel
US$113
View all 21 deals from US$99
1,410 reviews
3.2 km from Quality Inn
We compared the lowest prices from 21 websites 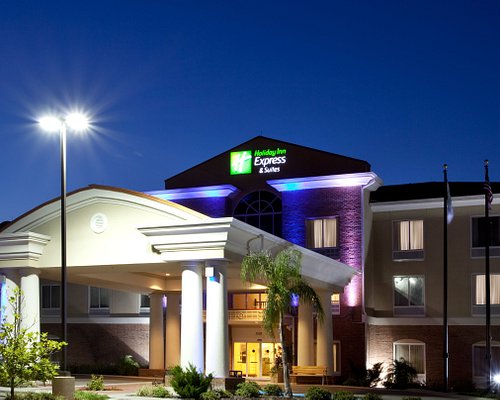 I had a family event in the area and had rooms set aside in a group block. I’m an employee so I also book 2 rooms using my discount outside the group block. When I arrived to check in I was told that the one non smoking king I reserved was switched to a smoking king. I explained that room was to go to my senior parents. I had a special request for it to be a non smoking first floor. I was told they could switch it but it would be a second floor room. My parents are unable to climb stairs, After going back and forth for 15 mins the front desk agent Olga said well I have a different kind of king room I could try to move them to, when she couldn’t do that she just shrugged her shoulders and said it won’t let me move it. We are out of first floor king rooms. The gentleman before me was a walk in and received a non smoking first floor room. Finally she cancelled my employee reservation rebooked it so my parents could be on the first floor. I was placed in a room that the bathroom door didn’t close and the toilet barely flushed. I called down to the front desk and was told there were no more rooms to move us to. I told her send someone down in the morning to fix the problems and we will stay there, I also asked that my parents be move to the side the rest of the family was on and was told I had to ask in the morning which I was perfectly fine with at the time. The next morning I called down to the front and explained the problems with our room and was told once again there were no rooms we could be moved to, so she sent the maintenance guy down to take a look at the problems. He removed the door after acting surprised the door wouldn’t close and he snaked the toilet saying he didn’t know why it wasn’t flushing however if we need a plunger he would leave one with us. He took the door for over an hour and a half, we couldn’t shower or use the toilet. After he brought back the door we proceed to get ready for our family event. When the toilet started to overflow we called down to the front desk and was told to come get a plunger and to hurry up with it cause they needed it back. When we were unable to plung it mysteriously a room became available. We told the front desk give us a few mins to get our self together. The front desk told us either move now or not at all. They told us the broken room had to go to someone else and they need to get into it and clean it right then. So we rushed to get to the other room. As we were doing that the housekeeping was in and out, they stole my apple watch that was sitting on the bed side table. When I spoke to the front I was told they would send in a request to the head housekeeper to see if it was found. The next day after speaking to front desk again as well as the head housekeeper I was told no one saw it, the head housekeeper would cut me off before I could speak. The morning of my check out day I went to speak to the General Manager about my displeasure on how my family treated our rooms AC didn’t work, roaches were climbing the walls in every room under our groups as well as ants. I also explained about how I had a special request that should of been honor first, I work at a choice property and I know that is to be honor first when rooms are assigned, I was told that at the property they don’t honor special request and that I clearly don’t know what a request is. When I mentioned my stolen watch I was told he didn’t care about the watch being stolen and he wasn’t going to look into it and that i needed to call the police. Which I did, even the police couldn’t get him to look into it. Just a bit of advice find some where else to stay especially if you have a special request you need to be honor or you have valuable items with you the staff will more than likely steal it before you check out.

This review is the subjective opinion of a TripAdvisor member and not of TripAdvisor LLC
bejan92
Daytona Beach, Florida
5841
Reviewed 28 June 2019 via mobile
Great stay !

The closer hotel to the weeki wachee springs area it's right down the street!

So check in was great the front desk lady was very sweet and helped us with the area and knowing where to go and good places to check out !

So then the room the beds were a little small but no biggy the water pressure was great and amazing hot water and room was clean we were on first floor and then the Wi-Fi was the only issue but everything was great breakfast was awesome !!!! Great staff !!!

This review is the subjective opinion of a TripAdvisor member and not of TripAdvisor LLC
Cindy S
Brooksville, Florida
2613
Reviewed 25 June 2019
Nice stay clean room

Room was large and very clean. Motel was quiet except for some motorcycles on the road out front which motel couldn't help. Staff was friendly I would stay there again without any hesitation. I would recommend it to my friends and family as well

Trip type: Travelled as a couple
Review collected in partnership with Choice Hotels
This business uses tools provided by Tripadvisor (or one of its official Review Collection Partners) to encourage and collect guest reviews, including this one.
Ask Cindy S about Quality Inn
Thank Cindy S

This review is the subjective opinion of a TripAdvisor member and not of TripAdvisor LLC
John H
Apopka, Florida
4
Reviewed 18 June 2019
good value

Good value, pool was clean and refreshing. Breakfast was just average, staff was courteous. room was clean but toilet was old height thus too low. Parking was adequate and well light. Close to evrerything.

Trip type: Travelled as a couple
Review collected in partnership with Choice Hotels
This business uses tools provided by Tripadvisor (or one of its official Review Collection Partners) to encourage and collect guest reviews, including this one.
Ask John H about Quality Inn
Thank John H

This review is the subjective opinion of a TripAdvisor member and not of TripAdvisor LLC
Jamie D
1
Reviewed 4 June 2019
Horrible. Unsafe.

I did not feel safe at all. Did not say and was not refunded 100%. That is unfair as the hotel should consider the conditions and how it is falsely advertised. I was booked for room 221. I could see the sun shining through the cracks in the door. There were multiple drunk guests hanging in lobby and on balcony outside of my room. My kids heard guests saying F you. The room
Was outdated. Bathroom
Small. Room moist

Trip type: Travelled with family
Review collected in partnership with Choice Hotels
This business uses tools provided by Tripadvisor (or one of its official Review Collection Partners) to encourage and collect guest reviews, including this one.
Ask Jamie D about Quality Inn
Thank Jamie D