US$108
US$75
Free cancellation until 24/09/21
Reserve now, pay at stay
View deal
Booking.comUS$75
TripadvisorUS$75
eDreams
PricelineUS$75
Hotels.comUS$75
Agoda.comUS$108
View all 13 deals
Prices are provided by our partners, and reflect nightly room rates, including all taxes and fees known to our partners. Please see our partners for more details.
Payments made by partners impact the order of prices displayed. Room types may vary.
alysa r
1

i liked this place! it was very affordable and close to the airport a couple restaurants across the street,and they also deliver food to your room.plus free cold breakfast served in the morning the front desk staff kabrina was also very helpful.

Room tip: ask for a king size bed for the same price
See all 39 reviews
Payments made by partners impact the order of prices displayed. Room types may vary.
Nearby Hotels 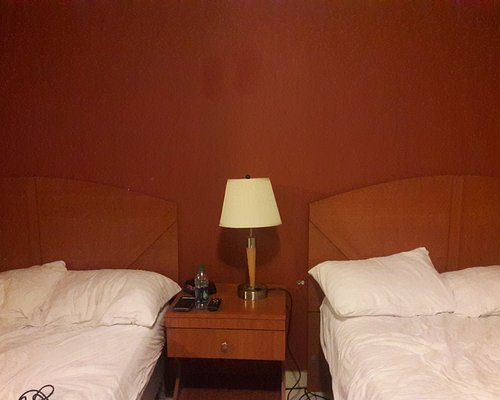 Travelocity
View deal
Expedia.com
US$124
Orbitz.com
Hotels.com
US$124
View all 8 deals from US$124
15 reviews
2.6 km from Palacio Inn Motel
We compared the lowest prices from 8 websites 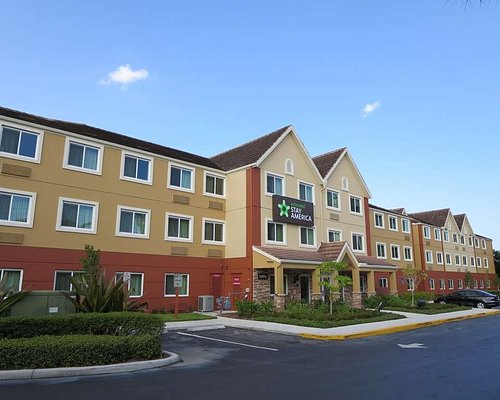 I had a good time room was clean good breakfast and the girl at the front desk kabrina was very helpful I would recommend this place to a friend. Also very affordable prices and great location shops all around.

This review is the subjective opinion of a Tripadvisor member and not of TripAdvisor LLC.
RobinBittner
53
Reviewed 29 January 2017
Dirty and expansive

Within 1 hour we found 4 cockroaches on the walls. Under the bed (where we wanted to put our suitcases) we discovered some bottles and papers. At least, the rest of room was clean. The breakfast is so poor that you can avoid it. Not pleasant place for family with kids. Better to pay 20 USD more and go to another hotel.

This review is the subjective opinion of a Tripadvisor member and not of TripAdvisor LLC.
Jefrey T
Miami, Florida
26
Reviewed 18 May 2016
Only for one night stay

It was a good stay ... u get what u paid for ... as simple as that ... Location is great connecting with airport in just 3 mins. It's a good motel and not a 5 stars Hotel ... The people working there was very friendly

This review is the subjective opinion of a Tripadvisor member and not of TripAdvisor LLC.
Skyactive_3
Ocho Rios, Jamaica
4464
Reviewed 24 February 2016 via mobile
Awful

This place was awful from start to end. I booked to stay there for 3 nights and had to leave after the first night.

Absolutely no customer service and for someone who've been working in the hotel industry fir the past 10 years, 2 of those as a guest services manager, I know what I'm talking about.

At check-in the guy working the desk has no personality and could care less if I was there or not. The first room I git as soon as i opened the door the sent of smoke hit me, it was so bad I had to back away fron the door. I called the front desk and told the guy I'm unable to stay in the room due to the snake and he said that's all he had and he will have someone spray it out. They sprayed it and 2 minutes later the smell was back. I called back and spoke with the man who managed the place and he said he had two rooms could show me after I told him I'd like to leave.

I went down to look at the two rooms one if which had strong snake smell abd the other was a litter better, however due to the condition of the room I told him I'd still kik to leave and he told me I can go but I will not get a refund. I was trying to talk to him and explain my reasons for wanting to leave and it's like i was talking to a wall, he wouldn't allow me to talk he just kept butting in and moving all over the place, you'd think we're having an argument.

I told the manager the smell of the smoke is affecting me and he said he and his wife sleep in that room and the smoke affects him more than it does me and if was able to sleep in that room I should be able to sleep in it. There is an ash tray in the room and he said it's not used its just there. The smoke detector was covered with plastic when I asked him about it he said he don't know why it's covered as he don't clean rooms, so rude.

Breakfast is included, however due to how unsanitary the place looked i didn't even think to go for breakfast.

I booked for 3 nights starting Saturday and I checked out Sunday morning and they could only refund me for one night. The best thing about that place was the wifi.

This review is the subjective opinion of a Tripadvisor member and not of TripAdvisor LLC.
Marceline Z
Atlanta, Georgia
105
Reviewed 25 January 2016
Clean, aweful service, loud and in a very questionable area

Don't stay here unless you have to or you're crashing for a night. Its pricey for service and the room was so dated. Awful. The only good thing I have to say about this motel is that it was close the the airport (though it looks like a dangerous area) and it was clean, everything else sucked, including the service. The hostess was not very friendly. Stay away!

This review is the subjective opinion of a Tripadvisor member and not of TripAdvisor LLC.
View more reviews
PreviousNext
123…
<script ty