Quality Inn Crystal River
Lowest prices for your stay
US$110
US$84
View deal
SAVE US$26
Free cancellation until 15/05/21
Reserve now, pay at stay

US$110
US$84
View deal
SAVE US$26
PricelineUS$84
Expedia.comUS$84
StayForLongUS$110
View all 18 deals
Prices are provided by our partners, and reflect nightly room rates, including all taxes and fees known to our partners. Please see our partners for more details.
Payments made by partners impact the order of prices displayed. Room types may vary.
wcosue
Grand Junction, Colorado
12539

The rooms were clean & well maintained. It was conveniently located near the manatee experience we were there for. Motel staff were pleasant and helpful. Very reasonably priced and the continental breakfast was adequate.

See all 330 reviews
Payments made by partners impact the order of prices displayed. Room types may vary.
Nearby Hotels 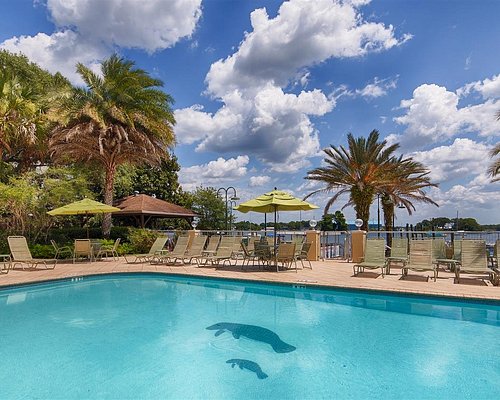 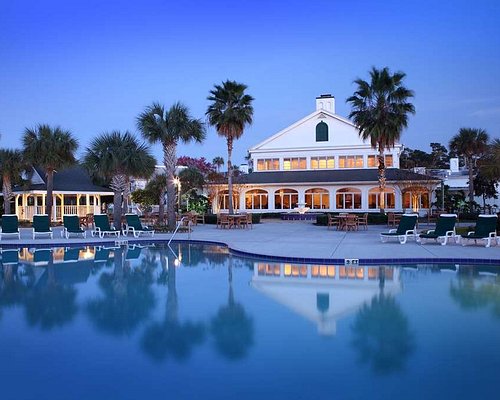 Breakfast included
Best Western Crystal River Resort
US$153
US$128
Booking.com
View deal
BestWestern.com
US$128
Expedia.com
US$128
getaroom.com
US$153
View all 18 deals from US$128
902 reviews
3.5 km from Quality Inn Crystal River

Placed in a smoking room we asked to relocate to a non-smoking room which they did with no problem. Because of that we got to see two rooms and were not overly impressed. The first (smoking room) had a yellow popcorn ceiling that had the edges repainted to white, offsetting the smoke stained part even more. Why they didn't paint the whole ceiling i don't understand. I also don't understand the electrician that "fixed" the wiring in the bathroom with some electrical tape (see photo) and got away with it. The second room was better, smelled better, but still had that beat-down look of lack of maintenance and lazy management. The air conditioning in both rooms had been manipulated to show a setting about 10 degrees lower than reality (we had to set it to 64 degrees to get a comfortable temp, while at home we usually set to 74). The beds and rooms were clean hence the two stars.

This review is the subjective opinion of a TripAdvisor member and not of TripAdvisor LLC
Nursemom0929
Orlando, Florida
3122
Reviewed 23 August 2020
Great clean place

Stayed here so we wouldn’t have to drive home after hitting a few of the springs up that way. Clean room, comfortable beds. No sight of any bugs? Definitely worth every penny of our stay- it isn’t a five star resort, nor do they charge 5 star prices? Don’t drive by it’s definitely a great place! (Cannot comment on the Covid days breakfast- we didn’t have it)

This review is the subjective opinion of a TripAdvisor member and not of TripAdvisor LLC
justoneliz
Atlanta, GA
73
Reviewed 1 August 2020 via mobile
Roach Motel

Stay anywhere but here. Our first room was not clean and though a non-smoking room had been smoked in. Our 2nd room appeared cleaner but later found MANY tiny roaches in several areas of the bathroom. Got spray from front desk & sprayed. Woke up to those same small roaches in several of our bags. They were everywhere. Also had what appeared to be bloodstains on our top bedding.

This review is the subjective opinion of a TripAdvisor member and not of TripAdvisor LLC
sarahwS9974YS
Alameda, California
820
Reviewed 5 July 2020
average motel, nothing fancy but not awful either

it's an average motel, the room had 2 double beds and it was a good value for the price paid. the breakfast wasn't great, they don't tell you what hours breakfast ends so make sure you go early. the bath tub was also very slippery, they need to fix that. it's good if you want but clean cheap motel. staff was very nice though.

This review is the subjective opinion of a TripAdvisor member and not of TripAdvisor LLC
ANXO8O8
22
Reviewed 22 June 2020
We love coming here!

My girlfriend and I stay here often, the rooms are always clean and spacious. Staff is extremely friendly, Melanie and Scotty at front desk are always wonderful to us! We love it here! We will be back again.