Comfort Suites Lakewood Denver
Lowest prices for your stay
Lock in the lowest price from these sites
US$134
US$109
Free cancellation until 22/05/21
View deal
Comfort SuitesUS$110
FindHotelUS$134
PricelineUS$110
Hotels.comUS$110
Expedia.comUS$110
HurbUS$115
View all 14 deals
Prices are provided by our partners, and reflect nightly room rates, including all taxes and fees known to our partners. Please see our partners for more details.
Payments made by partners impact the order of prices displayed. Room types may vary.
DRProperties
Glendora, California
11

The Hotel Stole my Money

I booked online and they double booked me. I explained the situation and would not refund me and tried to blame me. They were not even full. Very dishonest people. I called Choice Hotels and they tried to get that site to return my money but the owner must be greedy.More

Thank you, for taking the time to provide us with your feedback, we truly apologize for any inconvenience during your stay.

Report response as inappropriateThank you. We appreciate your input.
This response is the subjective opinion of the management representative and not of TripAdvisor LLC
See all 117 reviews
Payments made by partners impact the order of prices displayed. Room types may vary.
Nearby Hotels 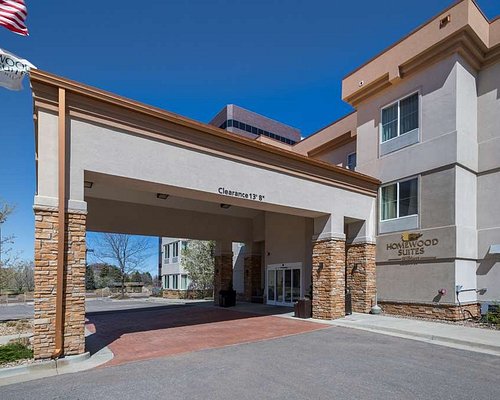 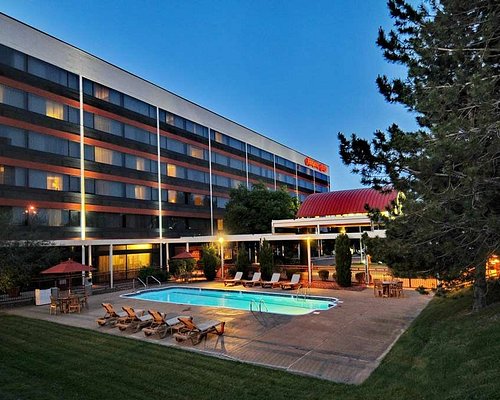 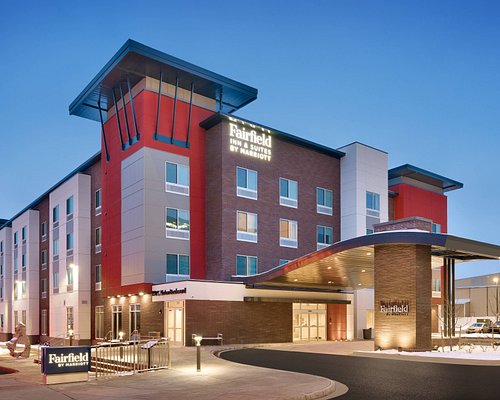 Taking safety measures
Sheraton Denver West Hotel
US$113
US$98
Booking.com
View deal
Sheraton.com
US$98
Hotels.com
US$98
Hurb
US$113
View all 16 deals from US$98
455 reviews
9.2 km from Comfort Suites Lakewood Denver

This Comfort Inn in Lakewood was absolutely the best hotel I have slept at. The office was super spacious with everything as clean as I preferred it to be. Breakfast was above average standards and my kids loved it. The rooms couldn’t have been any better. The rooms were way bigger than expected and everything was updated. The carpet was very clean and bathrooms was also very clean. I will definitely stay at this hotel every time I come to the Denver area.

Thank you, for taking the time to provide us with your feedback, we truly appreciate it ! We all hope to see you soon !

Report response as inappropriateThank you. We appreciate your input.
This response is the subjective opinion of the management representative and not of TripAdvisor LLC
howiegrace
Monument, Colorado
6523
Reviewed 23 October 2019 via mobile
Still waiting for a response from management

I booked this hotel based on all of the positive feedback that was given by other reviewers. Unfortunately for us, we had to vacate our two rooms at about 10:30pm on the first night of what was supposed to be a 2-night stay.

This is a non smoking facility, yet someone on our floor was smoking pot and it was seeping into our rooms. Because my father has a lung condition, it was not okay for him to be exposed to smoke of any kind. When I tried calling down to the desk, my call went immediately to voicemail. When I tried to call 3 more times, the same thing... so I left a message. I also tried calling room-to-room and calls would not go through. I finally packed our two rooms and headed to the front desk. When I asked to request a full refund, the front desk said the manager (who works during the daytime) was the only one who could issue a refund.

Here we are, more than a full month after our stay, (along with a mailed formal letter and 3 phone calls to the manager) and the manager of the hotel still has not responded. I was told each time that the manager works a different shift than each time I have tried to call and was reassured she would call me right away. Nothing.

What is even more frustrating is that I had to sign contracts for our two rooms agreeing that we would not smoke or have pets in the room or we would be charged a fee. If someone else is violating that policy and we were impacted, is it too much to ask for us to get our money back?

The hotel itself was fair with a small indoor pool and it could use some new carpet. I would’ve loved to review more, but we left before staying the night. Sorely disappointed to say the least.

Thank you for taking the time to provide us with your feedback, we truly appreciate it. We truly apologize for the inconvenience you had at our facility.

Report response as inappropriateThank you. We appreciate your input.
This response is the subjective opinion of the management representative and not of TripAdvisor LLC
St4ontour
Trowbridge, United Kingdom
344120
Reviewed 16 August 2019 via mobile
Weekend stop over

Easily accessible accommodation in a east Denver good parking and helpful staff. Plenty of places to eat locally some by foot, the hotel is BandB a good breakfast in the morning. Everything you need for a stop over and reasonable price.

Thank you, for taking the time to provide us with your feedback, we truly appreciate it, we all hope to see you back soon.

Report response as inappropriateThank you. We appreciate your input.
This response is the subjective opinion of the management representative and not of TripAdvisor LLC
Brad H
Royse City, Texas
14063
Reviewed 15 August 2019
"Only because of the Staff

My wife and I were in town for two nights of concerts at Red Rocks. We choose the Comfort Suites Lakewood Denver due to its proximity to Red Rocks and booked on line. The appearance from the street is OK. Check in was a disaster. Mid Thursday afternoon, not crowded at all with one couple checking in when we arrived. However, there was an issue between them and the front desk clerk. Waiting patiently while they handled their somewhat disturbing business. As soon as it all cleared out and the desk clerk greeted me with this and I quote "some people are just a****les". Kid you not. That was the first thing out of his mouth. He blurted out out some more frustration then asked if he could help me. We got checked in and it wasn't that friendly at all. The hotel is under renovation, at that time it was no big deal. The room was adequate and warm. It took a significant amount of time to cool it down to an acceptable level. We did not use the pool or the exercise room nor did we utilize the free breakfast buffet. We did need an extra towel and when I went to the front desk to ask for that, no one was present at the desk. I waited until the desk clerk came back from the smoking area. Ho Hum. On the second and third day the elevator was out of service and we are on the third floor. Not a big deal, I am not afraid of the stairs but it would have been nice during check out with our luggage, especially from the third floor. I can get better service from the staff at a lower end establishment. Am I entitled. NO. But more front end training for your staff would be nice. I was in the hospitality industry and I know what works and what doesn't. This establishment doesn't work for me. I wont be back, Too many other hotels in the immediate area to visit.

Thank you Brad, for taking the time to provide us with your feedback, we truly appreciate it.
We as a team strive to meet and exceed your expectations, We are truly sorry we did not and had to experience that incident when checking in and another while checking out. We will speak with our staff to make sure this does not happen again, we hope you can give us a second chance.


Report response as inappropriateThank you. We appreciate your input.
This response is the subjective opinion of the management representative and not of TripAdvisor LLC
Alan P
Zephyrhills, Florida
5327
Reviewed 14 August 2019
Good value for the area

They are renovating rooms and we had one of the new ones. Fresh paint, flooring and furniture--everything looks nice. The king bed was very comfortable. It was the best night’s sleep I’ve had in a week of traveling, even with the noisy air conditioner. The seating room had nice, contemporary, comfortable furniture. We had a one bedroom suite. We prefer that so I can get up early and do things without disturbing my wife. The room divider is a pretty neat sliding door set that looks nice, but they do not actually come completely together. They are also louvered so there is very little light and sound separation between the rooms. It almost defeated the reason to have two rooms. Even so, the value was not bad given the cost of motels in Denver. Breakfast was okay: kind of limited but had a nice eating area. Both TVs would break-up up for a second or two occasionally and the bedroom TV had a power cord that would fall out if you turned it a little. Internet was a bit slow and would drop out at odd times. Lots of electric outlets. Staff people were very friendly and helpful. They made the negatives a little more palatable.

Thank you Alan, for taking the time to provide us with your feedback, we truly appreciate it !
We are glad you enjoyed our renovated suites, we all hope to see you soon.

Report response as inappropriateThank you. We appreciate your input.
This response is the subjective opinion of the management representative and not of TripAdvisor LLC
View more reviews
PreviousNext
123…20