HomeTowne Studios by Red Roof Denver - Lakewood West
Lowest prices for your stay
Lock in the lowest price from these sites
US$55
Free cancellation until 06/03/21
View Deal
PricelineUS$55
Hotels.comUS$55
Expedia.comUS$55
Orbitz.comUS$55
FindHotelUS$55
Trip.comUS$55
View all 13 deals
Prices are provided by our partners, and reflect nightly room rates, including all taxes and fees known to our partners. Please see our partners for more details.
Payments made by partners impact the order of prices displayed. Room types may vary.
Go745309
1

The bathroom had not been cleaned and there were no towels. There was toothpaste on the counter and mirror, hair in the sink and shower, and poop shrapnel in the toilet. The non-smoking room had been smoked in.

Trip type: Travelled solo
See all 129 reviews
Payments made by partners impact the order of prices displayed. Room types may vary.
Nearby Hotels 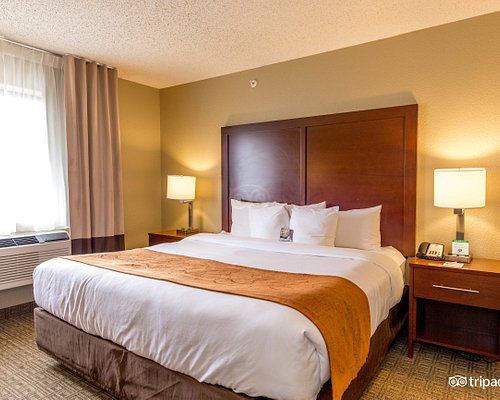 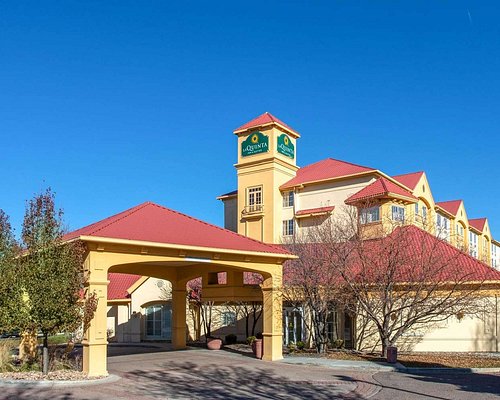 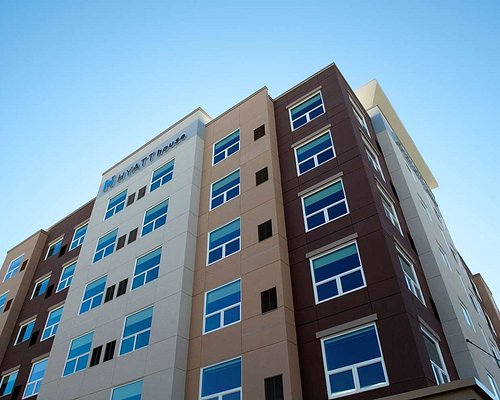 I'm going to summarize what I had initially written somewhere else regarding this place. If you want a 5-star environment then this is not the place for you. This place is a temporary mini apartment. All you are provided as they stated on their page is well made bed or beds depending on your choice, towels & a tiny bath soap. You provide everything else for yourself, cooking ware,utebsils & all. Contrary to reviews I had read concerning this place, the staff I interacted with were actually very respectful & professional. In fairness to management, they have rules in place for people who patronize them, but these rules are obviously not followed or enforced,so occupants act as they please. Rules such as smoking in designated areas. On the first night, we were greeted with roaches that kept popping out throughout our stay. The great thing I liked about this place though is that it's at the center of everything. You don't have to travel far to get what you want.

This review is the subjective opinion of a TripAdvisor member and not of TripAdvisor LLC
AustinmuseK482
Austin, Texas
3
Reviewed 4 August 2019
HORRIBLE customer service

I never got to my room, since the totally incompetent "help" at the front desk claimed to have lost my reservation, even though I was showing them the confirmation e-mails with all the correct numbers, credit card, information, etc. Then they suddenly "found" it but claimed that I had cancelled it. Not true since I had just driven 4 hours to stay there overnight. These two women literally turned their backs on me (and I was completely civil throughout all of this) and eventually I left and drove around in the middle of the night trying to find another place to stay. Upon further investigation the next day it turns out THEY had overbooked and simply cancelled my reservation without letting me know. Draw your own conclusions from this, but I probably will not try them, nor recommend you risk making a reservation here.

The manager is honestly just straight up rude. She told us one thing and did another, completely lying to us. She treats everything as an inconvenience to her. We have been here for a week, the rear windows in our room have no screens, one is bolted shut so we cant even use it, they have ants, NO HOT WATER, active construction - construction workers and other guests cat calling my daughter (who is 10) and I, the cops have been here every night, almost no parking, we have had to have 3 nails pulled out of our tires (which we had to pay for), and so much more. All that for $132 A NIGHT. Honestly don't waste your time with this place, no one deserves to be treated this way when they are paying to stay somewhere!

This review is the subjective opinion of a TripAdvisor member and not of TripAdvisor LLC
agaultney
51
Reviewed 17 May 2019 via mobile
STAY AWAY!!

Stayed less then 12 hours! Shady people right as we pulled up, front desk lady was rude and looked like she was on something. Our room didn't look as bad as some of the pictures posted, however our toilet seat was broken, our bathtub/shower would not drain, air conditioner barely worked and it was so hot in there. In the morning we lost all water pressure as we were trying to shower. It could have been worse I suppose but this was not a good experience.

This review is the subjective opinion of a TripAdvisor member and not of TripAdvisor LLC
wyonuck
Thermopolis, Wyoming
22
Reviewed 20 April 2019
Stay here if you would like to die or be violated by a tweaker.

My friend and I booked this place a few months prior to our yearly trip to Denver for baseball games. The pictures online made us believe that we were getting a pretty good deal. Then, we arrived.

The exterior of the hotel didn’t look too bad. It was obvious they were in the middle of a remodel as there were large dumpsters and equipment everywhere. The desk clerk was nice and got us checked in quickly to our third floor rooms.

We parked the car, got our luggage, and entered the “heart” of the hotel. Based on the dogs and cats in room windows, I figured a lot of people stayed long term.

The stairs were covered in some strange, old, slimy material which I believed could be anything from some sort of human fluid to that liquid that runs out of your trash bag. There were bags of garbage at the stair landing that never moved. If humans figure out a way to fuel cars with garbage, this place will be the first processing plant as there is trash everywhere.

There were people smoking everywhere. If you don’t see the actual people, you will see the copious amounts of cigarette butts they leave behind everywhere. There were people with obvious hygiene issues wandering around, and they seem to fancy either illegal sex acts or controlled substances.

My friend pointed out the crowbar marks on my door that were a contributing factor to the door latch not working and being busted off. I’d guess the police were involved as I saw the review about the barricaded intruder.

I went to set my suitcase on the table and the table fell off, spilling all of my clothes on the floor. They had simply put a table top on top of the legs without securing it. The wall mirror was on the floor. As I went to turn a light on, I noticed bare wires hanging from the socket. The TV looked like the one someone enjoyed the series premier of I Love Lucy on. At least I Love Lucy was clear in the TV. I couldn’t get a single channel without copious amounts of static.

If you wanted to try to wash the stink of the hotel off of you (since your rooms stinks of either cigarettes or weed) you better enjoy a cold shower since cold water was all I could have. The blanket on the bed looked like it had been stolen from a homeless person.

I could go on and on, but I won’t. I expressed my displeasure to hotel staff and they apologized as they were in the middle of a remodel. Yes, you are. But don’t advertise online that you are giving away newly remodeled rooms, then stick someone in a room that has less in it than an Alcatraz cell. The desk clerk let us check out and refunded our next two nights.

By the way; don’t try to use a towel to clean the disgusting floor. They will charge you for the towel. Or try at least.