US$476
US$395
View deal
SAVE US$81
Hotels.comUS$464
CheapTicketsUS$464
Prestigia.comUS$476
View all 13 deals
Prices are provided by our partners, and reflect nightly room rates, including all taxes and fees known to our partners. Please see our partners for more details.
Payments made by partners impact the order of prices displayed. Room types may vary.
docwife24
Freiburg im Breisgau, Germany
1221

Top new hotel with 50 villas excellent architecture wonderful decoration very bright and modern . The villas especially the river villas are very nice and spacious the lagoon villas have a lovely great pool with nice views but are quite dark inside and smaller . The staff is very friendly and excellent. The Food especially In the top restaurant is of high standard and the restaurant is lovely decorated and with nice views. Some improvements would we nice anyway as the Menü is exactly the same all the time . Some dayli specials would be nice . Also 2 times a week the top restaurant is closed on these days the only option is a fixed Menü degustation which also is the Same and not chancing on a weekly basis . So especially if you are on half Board a little more choices would be nice . There are also very good restaurants around . We went one night to restaurante nub which is excellent. The breakfast in the hotel is very good and in a lovely location . Again every staff member we dealt with was friendly smiling and professional. The hotel is a Great new fund and as a Travel professionell I can really recommend it to customers and friends . We already booked for this summer More

Thank you very much ideed for choosing Royal River Luxury Hotel to enjoy your holiday and for your sincere feedback on this site.

It is fantastic to read that you enjoyed very much your villa, the laggon and the restaurants for breakfast and dinners,

Thank you very much too for the good and constructive advices you give us that for sure will help us to improve; and of course there are no enough words to thank you for recommending our services to customers and friends.

Please for everything you may need at any time, do not hesitate to let us know and we will be glad to help.

We cannot wait to see you back in summer

Report response as inappropriateThank you. We appreciate your input.
This response is the subjective opinion of the management representative and not of TripAdvisor LLC
See all 50 reviews
Payments made by partners impact the order of prices displayed. Room types may vary.
Nearby Hotels 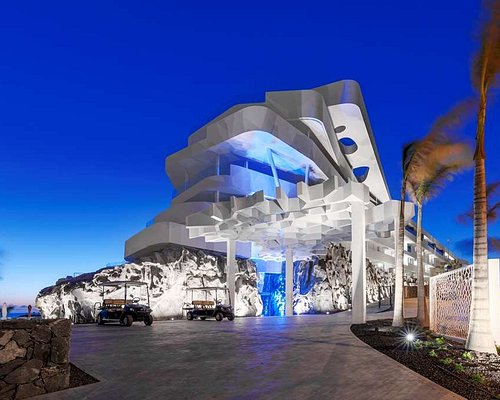 What can i say about my recent visit to the espectacular Hotel Royal River, Costa Adeje.....
It’s got to be tho most beautiful hotel i have ever visited.There is an attention to detail wherever you look.. the amazing

Kindest Regards and our best wishes

Report response as inappropriateThank you. We appreciate your input.
This response is the subjective opinion of the management representative and not of TripAdvisor LLC
JJJBrussels
Brussels, Belgium
1
Reviewed 10 January 2021
A wonderful stay in Tenerife

We had a wonderful stay at the Royal River Luxury Hotel over the festive season. The hotel had great facilities and the decoration was super stylish with good attention to details. My favorite feature was the private pool connected to the river where you were able to swim surrounded by a lot of plants and vegetation. The hotel breakfast was also very high quality as were the restaurants where we had dinner a couple of times.

It is fantastic to read your comments about the facilities, decoration, and the services in our Restaurants.

For everything you should need at any time, please do not hesitate to contact us. All the team is at your entire disposal

Report response as inappropriateThank you. We appreciate your input.
This response is the subjective opinion of the management representative and not of TripAdvisor LLC
Damienrizzo
11
Reviewed 4 January 2021
Amazing stay for the new year 2021

We were in a villa of the hotel Royal River from 27/12 to 2/1 and the only word to define our stay is AMAZING :)
The room is so beautiful, the hotel is so nice with different pool (the TOP is amazing), the food and beverage are very delicious in all restaurants...and the people from the hotel are so cute and attentive (especially Carlos thank you for your very good services) !
We will definitely come back at this hotel in the future :)
THANK YOU and HAPPY NEW YEAR to all the staff :)
Fanny & Damien

Thank you so much too for the lovely review about our services and staff.

Report response as inappropriateThank you. We appreciate your input.
This response is the subjective opinion of the management representative and not of TripAdvisor LLC
RichardQ220
6081
Reviewed 25 December 2020 via mobile
Admin disaster

On paper the hotel ticks all the boxes for us.

Paid up front £1548 for 3 nights. However, sadly we didn’t get to visit due to the actions of an obnoxious employee.

Pre arrival I made several attempts to contact the hotel through their website and email, but did not get a reply. After several phone calls I finally got directly through to the hotel and spoke to Jose. The conversation opener...“WHATS YOUR PROBLEM” I was asked in a curt and dismissive tone. I explained that I had made several attempts to make contact with the hotel via the website contact page without success. I was basically told I was lying as the admin department had not received anything. However, later in the day I got an email confirming that there was a problem in the IT department. No apology...

We were so much looking forward to staying here, but after careful consideration decided It was time to cut our losses and find another hotel.

The hotel have said I will get a refund, but nothing has hit my account as I write this review.

I would just like to clarify that this is not actually a hotel review.

I kindly invite you to contact me in private , at any time, for further comments

Report response as inappropriateThank you. We appreciate your input.
This response is the subjective opinion of the management representative and not of TripAdvisor LLC
anlazaro
2
Reviewed 4 days ago via mobile
Google Translation
Trip type: Travelled with friends
Ask anlazaro about Royal River Luxury Hotel
This review is the subjective opinion of a TripAdvisor member and not of TripAdvisor LLC
View more reviews
PreviousNext
123…