A pleasant week in March - Review of Apartamentos La Jabega

US$62
View deal
Free cancellation until 26/04/21
Reserve now, pay at stay
Agoda.comUS$62
TripadvisorUS$62
Hotels.com
View all 15 deals
Prices are provided by our partners, and reflect nightly room rates, including all taxes and fees known to our partners. Please see our partners for more details.
Payments made by partners impact the order of prices displayed. Room types may vary.
Gemma1
Leeds
101221

A pleasant week in March

The Jabega is in a good position in the centre of Fuengirola and across the road from the beach. There are numerous restaurants and bars within easy walking distance. There is a bar / restaurant downstairs with live entertainment most nights. We enjoyed our stay at the Jabega and would be happy to stay there again if we ever return to Fuengirola.More

Dear Gemma1
Thank you so much for giving information about Apartamentos la Jabega . We are very happy to know you have enjoyed your holidays with us and also you would be happy to stay here again.

Report response as inappropriateThank you. We appreciate your input.
This response is the subjective opinion of the management representative and not of TripAdvisor LLC
See all 812 reviews
Payments made by partners impact the order of prices displayed. Room types may vary.
Nearby Hotels 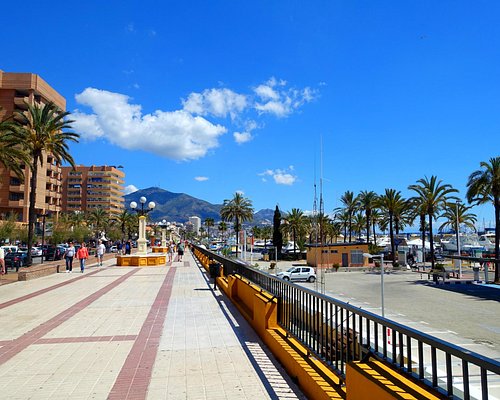 Apartamentos Turi-sticos Stella Maris
US$88
Booking.com
View deal
Free cancellation
Expedia.com
US$87
Trip.com
US$76
travelup.com
US$121
View all 14 deals from US$76
640 reviews
0.2 km from Apartamentos La Jabega
We compared the lowest prices from 14 websites

Hotels.com
View deal
Orbitz.com
FindHotel
US$67
travelup.com
US$108
View all 17 deals from US$67
601 reviews
1.2 km from Apartamentos La Jabega
We compared the lowest prices from 17 websites 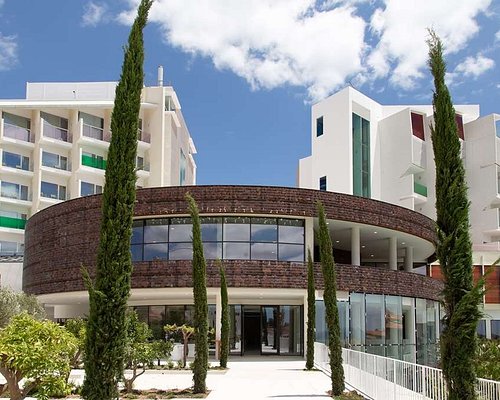 Just come back from this lovely hotel after a short 4 night stay... Perfect for a quick little get away !
The staff are all very nice and nothing too much trouble including the reception staff...
Our room was quite spacious with everything we needed .. The beds are very comfortable and the kitchen small but adequate..On arrival the room was equipped with washing up liquid , cleaning cloths and a tea towel ...The bathroom is also a fair size with shower gel provided and the towels were changed daily .,.
The balcony is quite big with table and chairs and a direct view of the beach and stunning views of the surrounding area including the beautiful harbour ... also not to be missed from the balcony is the wonderful sunrise in the mornings !!
The hotel also has a bar and restaurant which offers a great selection of drinks and a varied menu of dishes which are delicious.. There is also entertainment provided every evening ...
Los boliches /Fuengirola offers a large selection of bars and restaurants with many just a short distance from the hotel ... Also there are many shops to browse in the town and nearby the hotel .. There is a larger shopping centre called the Miramar which again offers different selection of shops for the shopaholic...
There are also great transport links nearby with a bus depot and train service to view the surrounding areas of Fuengirola...
The hotel is situated in a perfect location close to the beach area and all the amenities.. I definitely recommend this hotel for anyone looking for a break in the sunshine ...

Dear guest.
Thank you so much for deciding to come to Apartamentos la Jabega and for your review on Tripadvisor.
We are so pleased to know you have enjoyed your holidays with us and you recommend la Jabega.
Thank you also to give so much information. We hope you Will return very soon Best regards.

Report response as inappropriateThank you. We appreciate your input.
This response is the subjective opinion of the management representative and not of TripAdvisor LLC
PAD721
Birmingham, United Kingdom
84
Reviewed 29 February 2020
Old fashioned but comfy

The apartments are situated perfectly to get around. The beach is directly opposite the apartments. The rooms are very much in need of a refurb. Orange walls, bottle green curtains and bed covers. I don’t understand the strange layout of the rooms though. Two beds put together in a L shape rather then side by side as is normal. We soon moved them around a bit which looking at other reviews it’s what a lot of people have done. However those beds were the comfiest I think I have ever slept in, the pillows too, fantastic.

The rooms were quite big so plenty of room, the balcony is almost the size of the room. The bathroom and the kitchen let the place down. The only thing you could do easily in the kitchen is make a cuppa. Although pots and pans are provided you really wouldn’t want to cook in the small cramped space. The bathroom is dated although the shower was a decent one. We had to mention on more then one occasion the sewerage smell in the bathroom, it was terrible, the smell sometimes making me feel sick. A maintenance guy came up once with a tablet of some sort but the next day the smell was back. We were on the top floor so couldn’t understand the problem.

I still gave this 4 stars because of the price we paid which wasn’t bad. The weather was glorious which was a bonus.

The one place I would give 5 stars to is the restaurant downstairs, open to all and the public but the food was delicious and cheap for what you were getting. The ribs were to die for. Definitely recommend them a visit, the entertainment there was good too.

Dear guest. Thank you very much for deciding to come to Apartamentos la Jabega. We are very happy to know you liked the place and our bar. We hope you Will return to visit us very soon. Best regards.

Report response as inappropriateThank you. We appreciate your input.
This response is the subjective opinion of the management representative and not of TripAdvisor LLC
bevvy21
Manchester, United Kingdom
7757
Reviewed 16 February 2020 via mobile
Holiday time

Having read some of the reviews i can honestly say everything was as expected. Yes the walls are a little thin but the rooms are adequate with all the basic requirements. Some furniture re arranging was required but we got it to how the room suited us. Some renovation work was underway - understandable as they prepare for peak season. Must mention rodrigo from the bar - friendly and humourous. Evening entertainment was okay. The place is ideally situated close to los boliches train station for venturing out or not far from fish alley when looking for dining options. Overall a pleasant stay that did what it said on the tin.

Thank you very much for deciding to visit Apartamentos la Jabega and for your review on Tripadvisor.
We are very happy to know you have enjoyed your holidays with us.
We hope you Will return to visit us very soon. Best regards.

Report response as inappropriateThank you. We appreciate your input.
This response is the subjective opinion of the management representative and not of TripAdvisor LLC
Pat T
Lurgan, United Kingdom
3534
Reviewed 16 February 2020 via mobile
Lovely restaurant

Was in fuengirola in January went to La Jabega for lunch or dinner most days, food brilliant, service excellent served most days by a lovely young man. So impressed with the place we are going to try their apartments on our next trip

Dear Pat T.
Thank you so much for your lovely review on Tripadvisor about our bar. We are so pleased to know you liked the food and also our staff.
Thank you also to visit the appartments next time . Best regards.

Report response as inappropriateThank you. We appreciate your input.
This response is the subjective opinion of the management representative and not of TripAdvisor LLC
Nicola N
Yorkshire, United Kingdom
1622
Reviewed 10 February 2020
Fantastic winter holiday in the sun!

We had a fantastic winter holiday staying at the La Jabega. After staying in Fuengirola many times before over the years I can say that this was the best visit so far and that's down mainly to the hotel/room/balcony/view.
As a Disabled person on arrival I was very pleased to see ramps leading to the reception and the lifts. The gentleman on reception who checked us in was very helpful and courteous. Our room was ideal, big, clean along with a large private balcony facing the beautiful beach and sea. I'm not sure about the other rooms but this one also had a disabled friendly bathroom with grab rails and a pull down shower seat. Kitchen is very well equipped with everything you'll need. Hot that week between 23-27 deg during the day although in the winter it gets cold at night. We had the sun on our balcony from early morning until around 2pm.
There is also free Wifi throughout the hotel.
The Jabega restaurant which is underneath the hotel was also very nice with good food, friendy staff and reasonably priced food and wine.
All the staff from reception though to the lovely ladies that cleaned our rooms were all nice and friendly.
The location of La Jabega is ideal - across from the beach, next door to a large supermarket that sell everything you'll need for self catering. Pavement's are all flat so good for a stroll next to the beach.
We loved it, thank you for a fantastic week and hope to visit you again soon!

Dear Nicola
Thank you very much for deciding to come to visit Apartamentos la Jabega and for giving your review on Tripadvisor. We are so pleased to know you have enjoyed your holidays with us and you liked our staff, and all our services.
We hope you Will return very soon to visit us . Thank you so much for giving a lot of information about us.

Report response as inappropriateThank you. We appreciate your input.
This response is the subjective opinion of the management representative and not of TripAdvisor LLC
View more reviews
PreviousNext
123…136