Good value and views but basic and... - Review of Cabinas Indigenas de Drake

Good value and views but basic and hosts could be friendlier

We stayed three nights up on the hill overlooking Drakes Bay. The location was excellent, steps down to the beach and surrounded by trees with all sorts of birds. We had already booked tours online so didn't see too much of our hosts. We had $8 breakfast the first morning, at 5.30 before going into Corcovado, it was ok but seemed expensive for what you got- plate of fruit and scrambled eggs and toast. The cabin was new but quite basic and the holes in the walls freaked out my daughter who is scared of snakes. It was a pleasant 10 minute walk into town, as this is the far end of the bay, and for $100 a night for a family of 5 was good value. Bring a torch! More

Show less
Trip type: Travelled with family
See all 32 reviews
Payments made by partners impact the order of prices displayed. Room types may vary.
Nearby Hotels 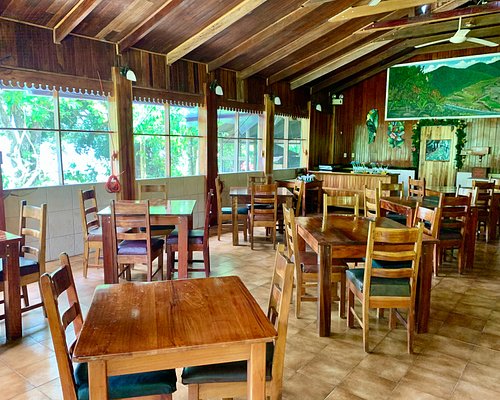 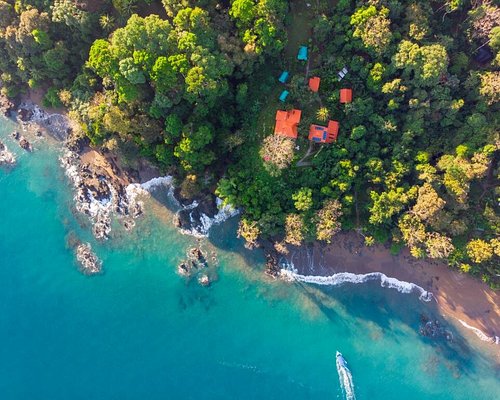 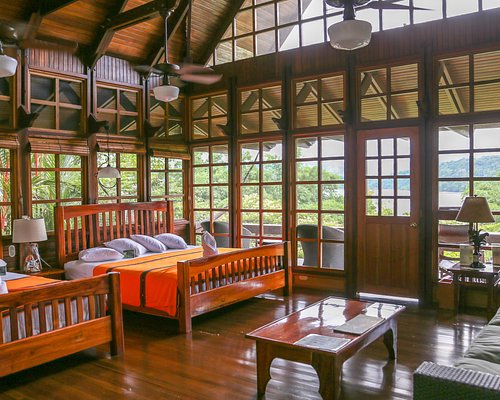 Just got home from an awesome week in Costa Rica. Really enjoyed the cabin at Drake Bay. Good people, good food, good times. Snorkling and super remote beaches. Thanks, Alex. We will tell all our friends to come and visit.

This review is the subjective opinion of a TripAdvisor member and not of TripAdvisor LLC
Imke F
Montreal, Canada
42
Reviewed 21 February 2016
Ok, but not good. Careful when booking, as they seem to be two sets of Cabinas Indigenas.

We stayed at Cabinas Indigenas for two nights when arriving in Costa Rica.

When we arrived we were put into one "on the beach" (there wasn't even the mentioning of other ones so when booking we just assumed that they are the same standard). The cabins were not just simple, but also not very clean and not good.

They are at the south end of the beach, which is the less beautiful end, and beach and surroundings seem to be a little bit dirtier around there. It really felt as they were put together to make money of tourists, without care or any attention to detail. Nothing would make you want to stay and read, or relax.

The three "cabins" are in one big building with the separating walls not going to the ceiling. We had some loud neighbours and it pretty much makes you feel as if you are staying in a dorm. There is really no privacy. Also, if your neighbour choses to leave the light on and door open, the mosquitoes are also in your place. There are no mosquito nets. And the mosquito nets between roof and outer walls or from the bathroom are not closing the place, or are broken. Luckily there weren't many in the season we went.

The beds were a little uncomfortable and only somewhat clean, possibly also because there are insects falling from the ceiling. On the first day, we had mouse poo in our sink when we arrived.

The breakfast, taken in Alex' house, prepared by his wife and sons, is good, a little pricey for what it is. However, the family is very friendly and we enjoyed the mornings.

Alex tried to sell us tours when we arrived, and even when we said that we had already booked through the next hotel, he tried to convince us that his were better. He tried to talk other tours down to make him sound better. That was a bit unpleasant, and didn't feel trustworthy at all. When we told him that we wouldn't do any tours with him, he never showed up again, never asked us if we have everything, if the room is ok.

We were glad that we only booked two nights.

Overall, if you look for a cheap stay in Bahia Drake, this might be ok, however there are probably cleaner and friendlier places than this for the same price.

This review is the subjective opinion of a TripAdvisor member and not of TripAdvisor LLC
jaime3
Spokane, WA
127
Reviewed 22 January 2016
A jungle paradise with gorgeous ocean views and AWESOME hosts!

WOW!! If you are looking for an authentic Costa Rican experience, this is your place! The cabins are beautiful with ocean views, situated on the edge of the jungle where you are surrounded by every type of wildlife and vegetation you could imagine. The beach is a minute's walk away, and the owners are the most gracious, thoughtful hosts I've ever met. On more than one occasion Alex, the owner invited us into his home, fed us and gave us his Costa Rican coffee and told us stories about his land, his family and Drake Bay. He showered us with gifts including fresh fruit from his land. I am drinking some of his coffee as I write this review. I have never experienced such incredible hospitality and generosity. Staying with Alex was a genuine Costa Rican experience. I cannot say enough about this awesome family!! If you let him know in advanced, his wife will prepare you a huge, multi-course Costa Rican breakfast for only $8. He even offered us the use of his kayaks for free, and we had one of the most memorable kayaking adventures on the ocean and up the Rio Agujitas. We saw giant McCaw parrots flying around everywhere, horses running on the beach, and we even ran into a group of white faced monkeys on a walk nearby. Alex pointed out all of the indigenous plants on his land and told us about their medicinal uses. The cabins are within walking distance to nearby restaurants and stores. You don't need a car, and you will experience one adventure after another staying here. I only wish we could have stayed for a lot longer because we only scratched the surface. Highly recommended- We cannot wait to return. Absolutely amazing!!

Cabinas Indigenas de Drake has comfy cabanas set on a hillside at the edge of town with incredible views over the bay. You walk to the beach in 1 minute. The owners are very nice and interested, we had great conversations around their kitchen table. Free sea kayaks are available for a beautiful trip on the river.