Renaissance Phoenix Downtown Hotel
Lowest prices for your stay
Lock in the lowest price from these sites
US$230
US$213
Free cancellation until 18/04/21
Reserve now, pay at stay
View deal
Renaissance HotelsUS$213
PricelineUS$213
Expedia.comUS$213
Hotels.comUS$213
Orbitz.comUS$213
HurbUS$230
View all 21 deals
Prices are provided by our partners, and reflect nightly room rates, including all taxes and fees known to our partners. Please see our partners for more details.
Payments made by partners impact the order of prices displayed. Room types may vary.
MeuterMedia
Seal Beach, California
1595521

one of the best valurs in downtown Phoenix. excellent customer service. great ambiance. walk the town in the late afternoon after your meetings. small exibition in the lower level ""26 blocks"" win a price if you find them all... highly recommended MeuterMedia

Trip type: Travelled on business
See all 1,158 reviews
Payments made by partners impact the order of prices displayed. Room types may vary.
Nearby Hotels 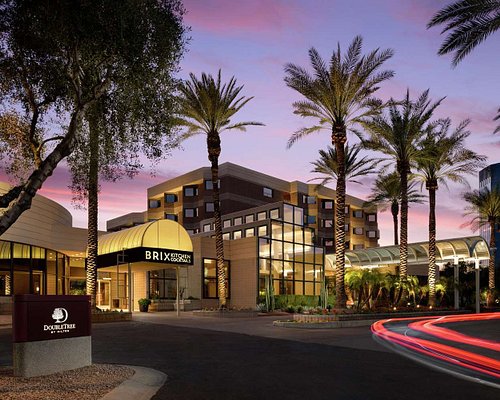 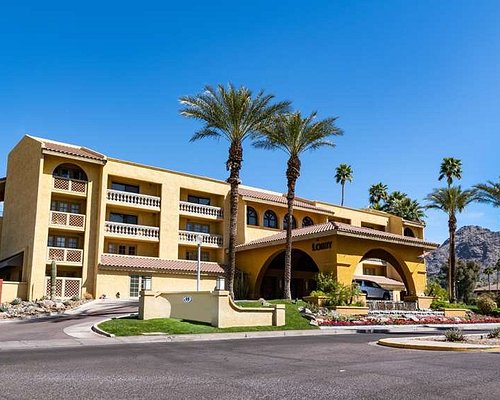 Hilton Phoenix Resort at the Peak
US$252

Stayed Labor Day weekend. Left with 10 bedbug bites. Room 1627. Was the 3rd room I "tried" upon checking in...first two had cleanliness issues. 1627 was clean, except for invisible enemy. Dont know where the fault lies here, but disappointed that such a highly rated hotel would have this issue. I payed more than I wanted to to stay there, to avoid this exact thing. Nice facility, but this isn't good.

Thank you for staying with us over Labor Day weekend. We take your feedback very seriously and have contacted our 3rd party vendor Ecolab to inspect the room that you were in. The results were negative and should you have any questions, please feel free to contact us at the property.

Report response as inappropriateThank you. We appreciate your input.
This response is the subjective opinion of the management representative and not of TripAdvisor LLC
ttsmith720
Philadelphia, Pennsylvania
3245
Reviewed 1 September 2020
Another great experience

Excellent customer service, social distance protocols, and clear attention to additional cleaning and sanitation. The outdoor pool area was a good alternative for the gym closure. No indoor dining but room service was great.

To start the whole lobby and elevator smelled like marijuana during my entire stay. The pool had pizza boxes and trash scattered about, also the elevators had lots of litter.

The facility looks gorgeous structurally however their housekeeping and management seems to be aloof.

The staff didn’t remind a crowd of people in the lobby to wear masks it just seems as if nobody cared. Definitely did not feel safe here would not recommend.

This review is the subjective opinion of a TripAdvisor member and not of TripAdvisor LLC
islandtraveler082810
Park City, Utah
3427
Reviewed 17 July 2020
Terrible Customer Service- Shady practices to keep money

Myself and 3 co-workers were meant to stay here in March for a conference. Thanks to Covid, that got canceled. I called the hotel to cancel the rooms and try to work out some type of credit/refund. I spoke with someone at the front desk, and now I REALLY wish I had gotten her name. She said the rooms were canceled, and transferred me to accounting to work on the refund part. Now again I should have gotten a cancellation number, but I saw the rooms were removed from my Bonvoy account so assumed everything was done correctly. I of course never heard back from accounting. I tried again, left yet another message. Then I called Bonvoy to see if corporate could help me. They said they could not get involved until 3 months had passed due to things being backed up from Covid.

So I waited and gave it the 3 months. Finally now I can talk to accounting, Maribelle specifically. At first she tries to tell me I never canceled the reservations. After back and forth and assuring her I did, she then tells me I canceled, but on March 24th when I was set to arrive on March 23rd. WHY would I call to cancel a reservation after I was set to show up?! I said I wasn't going to be penalized for their incompetence. She then says I need to provide a phone record showing I called the hotel earlier. This is where it gets more painful. As a side note, AT&T probably has the worst customer service of any large company I have ever dealt with. Who would have thought it would be so impossible to get your phone records? I can tell you though after 2+ hours with support, I still don't have them, and thus Renaissance is sticking with their latest story that I apparently called to cancel after I was set to stay.

Obviously Renaissance knows I canceled in advance, and instead of working with me even on a future credit, they've given me the runaround, lied, and have been less than helpful. I understand these are challenging times for everyone, but treating others poorly is only going to bite them in end. I will never stay here or a Renaissance again. In fact, Hilton was so easy to deal with in all this (I travel almost every week for work and had to cancel multiple hotels), I'll probably exclusively stay with them.

In looking at other reviews, it looks like I'm not the first one this property has done it too. If they don't want to be helpful now, they're the ones that will eventually have the karma come back around in the end.

This review is the subjective opinion of a TripAdvisor member and not of TripAdvisor LLC
timezoneman
Washington DC, District of Columbia
10079
Reviewed 13 July 2020
Downtown modern

My only negatives would be the dark wall to wall carpeting and a cheap shower head. Im a big fan of modern without carpeting. Especially with covid. Nice shower, just poor pressure and a budget shower head.

Overall a pleasant stay. Convenient location near everything.