Red Roof Plus+ Phoenix West
Lowest prices for your stay
Lock in the lowest price from these sites
US$94
US$91
Free cancellation until 15/03/21
Reserve now, pay at stay
View Deal
PricelineUS$91
Orbitz.comUS$91
Hotels.comUS$91
eDreamsUS$91
Agoda.comUS$91
HurbUS$94
View all 17 deals
Prices are provided by our partners, and reflect nightly room rates, including all taxes and fees known to our partners. Please see our partners for more details.
Payments made by partners impact the order of prices displayed. Room types may vary.
L7744UObarryw
Mather, United States
1

This place was fine. The person who checked me in was very nice and recommended a food Mexican food place across the street. Room was clean. Tv was small and bed a little rough but I’d stay again. Very nice staff in the morning as well. Hotel was very clean in my opinion. Only reason for the 4 and not 5 star is that I found a pretty long black hair in my shower. I’m bald so it wasn’t from me.

Trip type: Travelled solo
See all 359 reviews
Payments made by partners impact the order of prices displayed. Room types may vary.
Nearby Hotels 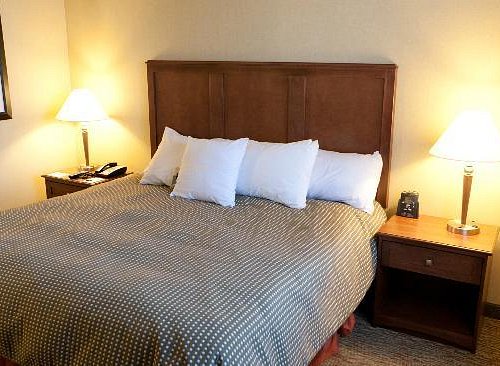 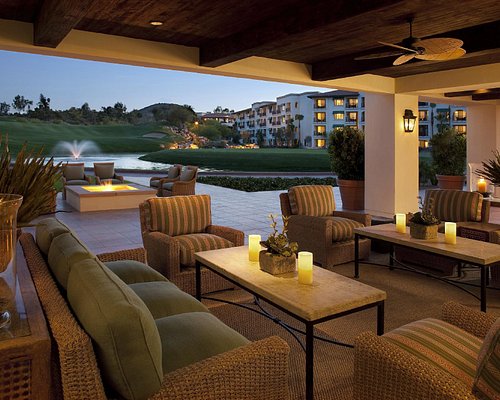 Taking safety measures
We compared the lowest prices from 16 websites
Hilton Phoenix Resort at the Peak
US$353
Booking.com
View Deal
Free cancellation
Reserve now, pay at stay
Expedia.com
US$353
Prestigia.com
US$283
Hotels.com
US$353
View all 16 deals from US$283
4,232 reviews
14.9 km from Red Roof Plus+ Phoenix West

We stayed here for several days due to our motor home getting maintenance done. The room wasn't horrible. The area around it was very sketchy. Drugs, prostitutes, homeless.... What was the absolute most upsetting was I had left my work monitor in our room (I work remote. We had a lot of stuff to carry out due to staying several days (us, dog, work). I realized it was left behind about an hour later. Called. Was told it was there. Went right over to pick it up. I thought there were fibers on the screen due to the cleaning people picking it up (my assumption). As I was walking out I realized there were horrible scratches on the screen. It look broke to me. This is my work monitor and fairly new (3 months old). I was very upset. It was perfect earlier that morning. I went back in to discuss with the management. The front desk gal was sweet but the manager was so arrogant and uncaring. She didn't give a rats a$$ that it was scratched up. All she would say was that was the way it came to them. They thought it was broken. She could care less. I don't know that expected anything from them. It was my fault I left it. But she didn't even care. Not even an "I am so sorry". I think she ruined the screen because I called and said I was coming back for it. If she couldn't keep it she was going to make sure it was ruined. That is what we get for staying in a cheap motel. I would have given it a 1 but the other front desk people were pleasant. That manager (Antoinette M- General Manager) needs to GO!!!!!!

Dear 137judenes,
Thank you for taking the time to write a review about your stay. We are sorry that your experience did not meet your expectations. Its is standard policy when an item is left in a room that it is logged with the description and condition it is found in. When you came to pick up your item you signed the log book with said description/condition. Here at Red Roof Plus PHX West, our priority is to get all items left behind back to their owners in the exact condition it was found in. please know that we value you as our guest and appreciate your business, thank you for sharing your concerns and we hope you will give us the opportunity to serve you next time your travel plans require logging,

Report response as inappropriateThank you. We appreciate your input.
This response is the subjective opinion of the management representative and not of TripAdvisor LLC
Steve J
Arkansas
28898
Reviewed 27 February 2020 via mobile
Good for overnight

Checkin was quick. The gentleman working the front desk was nice and helpful. The room seems clean, but the bed was very hard. The price is very good for the area. They do not offer any breakfast. Close to the interstate.

Thank you for taking the time to post a review. I appreciate your comments regarding your recent stay at the RED ROOF PLUS+ PHOENIX WEST.

I will make sure to share your comments with the rest of our team. Feedback from our guests is always welcome as we strive to continuously improve the quality of our services.

Thank you again for sharing your experience. We look forward to seeing you in your future travels.

Report response as inappropriateThank you. We appreciate your input.
This response is the subjective opinion of the management representative and not of TripAdvisor LLC
Janine L
Vancouver Island, Canada
14237
Reviewed 22 February 2020
Yikes! Where did the high rating come?

This had high ratings with trip advisor, but it should be not more than a 2! It’s filthy, from top to bottom and especially our room. We had to almost beg for our room to be cleaned! When I asked what time about would they be there, the front desk said oh you want your room cleaned? I then had to tell the cleaner what to do specifically because she asked! What! Come on! The shower curtain, the towel rack are falling apart.
There is nothing in the area, it’s just big buildings. Pretty boring just to go for a walk.
Ok, there are 2 pluses, the beds are comfortable and the pool is nice!

Room tip: The back not facing the highway.
Ask Janine L about Red Roof Plus+ Phoenix West
Thank Janine L

Hello Ms. Janine L,
Thank you for taking the time to tell us about your experience at the RED ROOF PLUS+ PHOENIX WEST. I am sorry that your experience did not meet your expectations.
At Red Roof, it is our intention to have your confidence in our abilities to prevent similar problems in the future. Please know that we value you as our guest and appreciate your business. Thank you for sharing your concerns and I hope you will give us the opportunity to better serve you at Red Roof the next time your travel plans require lodging.

Report response as inappropriateThank you. We appreciate your input.
This response is the subjective opinion of the management representative and not of TripAdvisor LLC
mswguitar
Las Vegas, Nevada
3637
Reviewed 21 February 2020
Pretty Good Hotel, Especially For The Price

My wife and I went to Phoenix for my daughter's 3-day volleyball tournament over President's Day weekend. Since the tournament was spread out over several facilities, we wanted to stay in a central location to make it easier driving to each facility, and this hotel fix the bill perfectly for that.

What I didn't realize is that this hotel isn't really in the best area of town. It's not terrible, but when we went to the gas-station right next door, there was a thuggy-looking man with tattoos and no shirt who appeared to be trying to sell mini-alcohol bottles to passers-by. Also, the surrounding homes looked older and a little run down in some cases. I didn't feel like this was the slums by any means, just not really the nicest neighborhood. That didn't matter too much as we spent most of our time in Phoenix at the tournament locations and didn't plan on doing any local exploring while we were there.

Our room was fine and clean (although my wife found a toothbrush by the sink). When we checked in at night, the ceiling lighting made the room feel dingy, so I turned those off and instead turned on the wall/bed lights and those were much better. The bed was comfortable (we had upgraded to the "Premium" room) and the appliances worked well. The microwave was missing the glass spinning plate but we told the Manager and she got us a replacement later in the day.

The hotel staff were all very friendly and accommodating, and there was a security guard on the premises. The hotel grounds were also nice, definitely nicer than the surrounding properties. The pool (while basic) looked clean but we didn't use it (it was February after all). Also, the road to get to the property is in very poor condition, with a HUGE pothole on the way in (be careful).

All in all, if you are looking for a good hotel at a fair price, then Red Roof Plus+ Phoenix West fits the bill. Just be aware of the cons (area, road, etc).

This review is the subjective opinion of a TripAdvisor member and not of TripAdvisor LLC
Pencil182
Jerome, Idaho
41
Reviewed 20 February 2020
Great Stay

The desk clerk when we checked in was wonderful on Feb 19th and then the next morning that desk clerk was really helpful. Sorry I don't remember names. We always love this Red Roof Inn. Great location as well