US$62
View Deal
Free cancellation until 13/03/21
Reserve now, pay at stay
Expedia.comUS$46
Hotels.comUS$46
Lol.travel
View all 12 deals
Prices are provided by our partners, and reflect nightly room rates, including all taxes and fees known to our partners. Please see our partners for more details.
Payments made by partners impact the order of prices displayed. Room types may vary.
663gabriels
Buenos Aires, Argentina
2127

It’s an old hotel, still with keys in rooms instead of cards, but is located in an unbeatable place, near everything you need. Rooms are clean, comfortable and the staff, specially Rodrigo, is very helpful. Breakfast is ok.

See all 189 reviews
Payments made by partners impact the order of prices displayed. Room types may vary.
Nearby Hotels 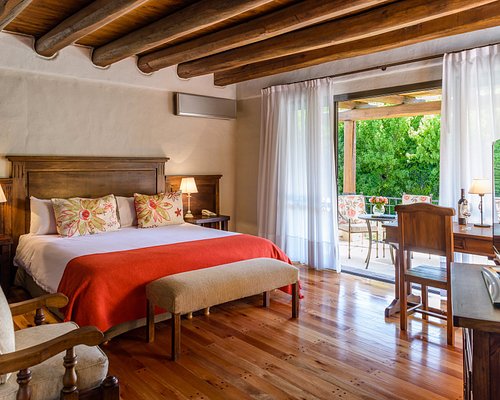 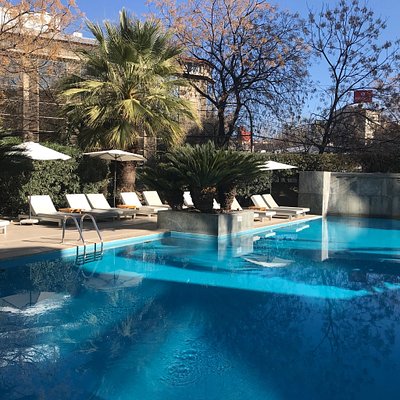 Hotels.com
View Deal
Free cancellation
Pay up to 12X
Expedia.com
US$38
Orbitz.com
US$36
Hurb
US$48
View all 14 deals from US$36
321 reviews
2.8 km from Hotel Nutibara
We compared the lowest prices from 14 websites
Hotel Ibis Mendoza
US$44
US$37

Old hotel in need of an update but, all in all found it to be very comfortable place to stay. Staff was very friendly and helpful. Great location near a large park in the centre of the city. Nearby we found great restaurants and good shopping. Maybe we got lucky as our bed seemed to be new and we had new fresh towels.

This review is the subjective opinion of a TripAdvisor member and not of TripAdvisor LLC
pingebretsen
Antigua, Guatemala
453
Reviewed 5 January 2019 via mobile
Nothing Special

We used this hotel for a quick overnights and nothing special to communicate, very basic. Needs renovations urgently in guest rooms and the breakfast offered at best, 2 star quality. I believe it’s location is prime for the downtown area.

This review is the subjective opinion of a TripAdvisor member and not of TripAdvisor LLC
SydBoore
White Plains, New York
159105
Reviewed 23 August 2017
Avoid at all cost

This is a very old hotel, run at the expense of this who do not know. We were allowed this hotel by our tour operator, Inka Expeditions whose services are below par by any basic and minimal standards. The fact that we were duped by Inka dawned on us regrettably after we were already in our tour, having paid our fees. It did not surprise us at all then, at the end of our tour Inka would choose a dump like Nutibara.

There were cockroaches roaming about in the room and bathroom. The place, right as you enter, had an old duty stale smell that announced to anyone what they got themselves into. Suffice it to say, we could barely last 8 hours and our ourselves an alternative, of there are plenty in Mendoza.

Inexpensive hotel doesn't have to mean a cheap one, which Nutibara is. We would not recommend this establishment at all.

Friendly, English speaking reception staff. Hotel is clean and centrally located. It's nothing fancy (it's decor is aging and a tad tired) but was a great place to base ourselves before and after our Aconcagua trip.

This review is the subjective opinion of a TripAdvisor member and not of TripAdvisor LLC
JornBerg
Bergen, Norway
255130
Reviewed 9 January 2017
OK place for a short stay

No frills and no "personality", but a good bed and bathroom, and helpful staff. The breakfast was decent, but they did not replenish the hot part of the breakfast even though it was empty with an hour still to go. I found a hair in the sink, which was not mine, but apart from that the hotel served me well for a short stay in Mendoza. The location is very good, near Plaza Independecia.