In the center of the City, luxury... - Review of Sapa Legend Hotel & Spa

US$60
US$40
View deal
PricelineUS$56
Hotels.comUS$60
TravelocityUS$60
View all 14 deals
Payments made by partners impact the order of prices displayed. Room types may vary.
Prices are provided by our partners, and reflect nightly room rates, including all taxes and fees known to our partners. Please see our partners for more details.
Ngochadaothi
31

In the center of the City, luxury modern style. Good for family or big groups

If you like the convenience, then this hotel is a good choice, the room is spacious look, from here you can go anywhere easily with taxi or cap. It has restaurant, spa and other convenient services if you need.

See all 374 reviews
Payments made by partners impact the order of prices displayed. Room types may vary.
Nearby Hotels 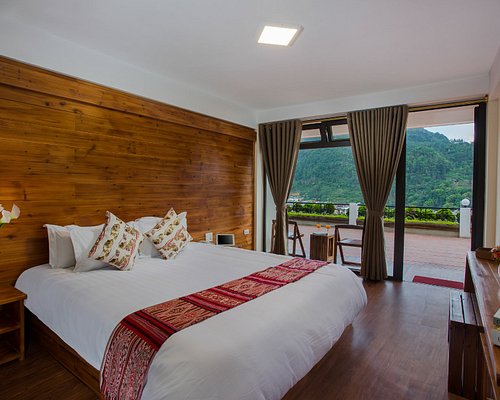 Breakfast included
KK Sapa Hotel
US$55
Booking.com
View deal
eDreams
Agoda.com
US$41
FindHotel
US$65
View all 14 deals from US$41
111 reviews
0.6 km from Sapa Legend Hotel & Spa
We compared the lowest prices from 14 websites 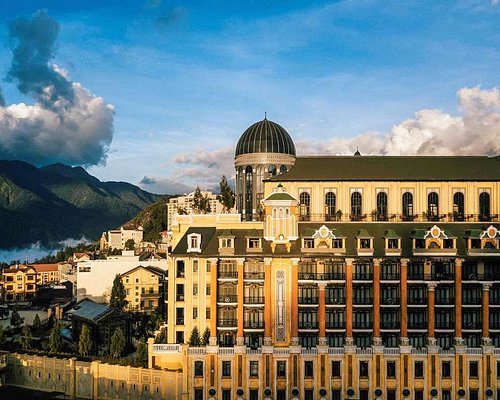 Location is ok but that's it, cold shower and food, staff don't understand English very well.
On the good side the bed was comfortable and the room size is ok, if your coming from Hanoi just for an overnight stay just pack a back pack, we brought our luggage and once that is in the room your walking over it as there isn't an place to put luggage

This review is the subjective opinion of a Tripadvisor member and not of TripAdvisor LLC.
ChuhchahChihchuh
Hanoi, Vietnam
61
Reviewed 30 April 2019 via mobile
Among the top choice to stay at Sapa centre

My experience staying at Sapa Legend Hotel & Spa was great! With its competitive price, new and modern infrastructure, the hotel is among the top choice to stay for families and friends for a short stay at Sapa.
- Location: 4/5 - Very close to the bus station, all restaurants, the Phanxipang cable and Sapa centre (10 min walk)
- Service: 4/5 - Dedicated staff, very supportive and professional. They also help with motorbike rent and advice to tour around.
- Infrastructure: 4/5 - Room setting was new and similar to photos provided by hotel. Room was also very clean. I arrived at Sapa when there was shortage of water but there was no problem during my stay at the hotel.
- Food: 4/5 - Ton of food and drinks for breakfast: from Pho to toast and desserts and drinks. To be honest, having tried food and drinks at Sapa, I was suprised with the good quality of food at the hotel.
- Overall: 4/5

Highlights:
Hotel staff is a good source of support when travelling to Sapa: Check for advice from staff for any service used - location to travel, they would be very willing to support and give you valuable advice! Trust the locals who are paid to give your best stay experience!
Bang for the buck: Among top choices to stay at the centre of Sapa, considering its competitive price, good location and client service!

This review is the subjective opinion of a Tripadvisor member and not of TripAdvisor LLC.
ozy63
Ozolnieki, Latvia
4036
Reviewed 30 April 2019 via mobile
Very average service, awful dining

Me and my group stayed for 2 nights. 4 rooms of 10 din't worked AC properly. Very hot in a room. AC DIDN'T WORKED!
Senond- THE BREAKFAST FOR 3.5* hotel teribble - THE STAFF DIDN'T KNOW ENGLISH, THE SERVICE WAS EXTREMELY SLOWLY, NOT ENOUGH FOOD AND PRODUCTS!
The management of the hotel when asked explanations was very rude! Never back again. Really disappointed.

This review is the subjective opinion of a Tripadvisor member and not of TripAdvisor LLC.
Salman H
Bishkek, Kyrgyzstan
13579
Reviewed 5 April 2019
good location, need more professionalism !

I came to the city 10 years ago, I chose the tourist company from Ho Chi Minh, a complete package, we did not sleep well on the train, the crowded car took us from the train station to our distribution on some hotels, we distributed early in a modest hotel other than ours.
So we came in the afternoon, after a tiring trip to kat Kat Heritage Village.
The receptionist was good with the difficulty of communicating linguistically, we tried to request a room overlooking the lake but she told us it was not vacant !? After a long, painstaking walk, we were surprised when we woke up that the window looked inside the hotel (one of the corridors), although the room was clean and complete, the hotel generally looked at the lake (artificial) only partially .. breakfast is ok, and the diner He was elegant and delusional if we had not discovered that he was a non-halal (pig) and could not replace it !..

This review is the subjective opinion of a Tripadvisor member and not of TripAdvisor LLC.
865yvonnek
2310
Reviewed 5 March 2019
Good Location and Nice room but need alot of improvement

Everything was nice but can be improved. Hope the staff can understand English better and maybe the Housekeeping can be more organized. Our encounter - After our return from Cat Cat Village, our room door was found opened and unattended. After informing Front Desk of the incident and request to make room, we left for lunch. Upon returned from lunch, the room was still not made. Finally done after our return from afternoon coffee but the toiletries was not replenished eventhough our bath foam was empty. Having said all, it was still a decent and clean hotel. The staff were polite but hope they can break language barrier. Definitely no excuse for the open door, that's security issue.