Very clean, friendly staff, easy walk to main downtown area--museums, cathedral etc. The hotel has a lovely courtyard to enjoy breakfast outside. Staff was helpful with taxis, directions and making us feel at home.

Room tip: The front room is a bit noisy due to it being close to the gate. However this was a minor issue.
See all 198 reviews
Payments made by partners impact the order of prices displayed. Room types may vary.
Nearby Hotels 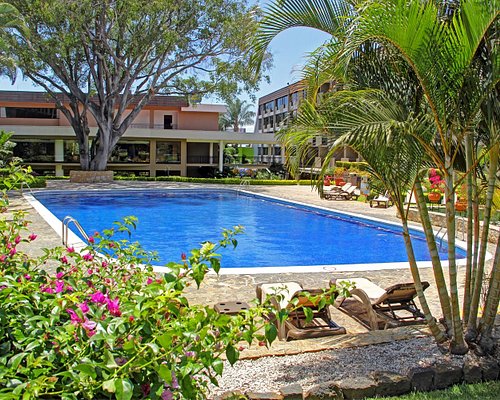 Hotel Kekoldi was one of the nicer budget hotels which I stayed in, in San José. It was clean and secure and in a nice neighborhood which felt safe to walk in even at night. It was walking distance about 8 min if you don’t get lost from the major museums and the central market, 30 min from the airport depending on the time of day.

The staff were friendly and even when I had to unexpectedly extend my stay for an extra day made sure I was able to stay in the same room for both nights at no extra charge.

This review is the subjective opinion of a TripAdvisor member and not of TripAdvisor LLC
JetR12345
51
Reviewed 2 July 2019 via mobile
Very bad service, not recommended!

We stayed here the first night we arrived in San Jose. The bed was terrible: the bedsprings came through the matrass. Nice garden! We asked the owner about the parkingpossibilities. He said we could park in the street, but did not mention at all that we should pay for that. We got a fine and he did not care at all. Ofcourse we know that we have our own responsibility but since we especially inquired, it’s weird that he did not say anything. The ladies feom the staff during the morning were very friendly!

This review is the subjective opinion of a TripAdvisor member and not of TripAdvisor LLC
armrestdominance
London, United Kingdom
396147
Reviewed 6 May 2019
Fantastic gem in lovely neighbourhood

Had a lovely overnight stay in this hotel. Our room was large and comfortable. An inner room, so not really a view, but no street noise, not that there's many cars anyway. The bathroom was clean and had warm (never hot) water. A fan in the room but no air conditioning. English and Spanish is spoken. The breakfast was superb and comes with home made jams. It's served in their lovely garden area.

The surrounding area is lovely with old homes of the former coffee plantation owners, which are now cafes, hotels and restaurants. It is also a short walk to a couple of lovely small parks and the city centre. Slightly further to another equally hip area and also some large food markets.

If you're arriving at the airport, I recommend you ask the hotel to organise a car to pick you up, which will cost US$25. It's much cheaper than a taxi. If you have data/phone service, you can organise an Uber, which will be about US$12.

Wish we could have stayed longer.

This review is the subjective opinion of a TripAdvisor member and not of TripAdvisor LLC
erikhalk
Stockholm, Sweden
101
Reviewed 20 April 2019 via mobile
Easy

Nice and calm, straightforward and familiar but nothing special. Good breakfast. Nice little garden. It was for sale when I was there but as I understand it was gonna continue as a hostel. Walking distance to the center.

This lovely hotel is situated about ten minutes walk from the town centre. Our room was large, very clean and had a good sized bathroom. We arrived late afternoon and had to leave at six in the morning. The owner, who is a very friendly man was brilliant. We told him we were leaving very early. Straight away he showed us three excellent, reasonably priced restaurants within five minutes walk of the hotel. He showed us on the internet what they looked like and the type of food they served. Then he went that extra mile and said that he would have coffee made for us for half past five in the morning. He is also a very knowledgeable, interesting man to talk to, fluent in French, his native tongue, Spanish and English. We had a really nice, very reasonably priced meal, a pizza and a pasta dish at Cafe Mundo, one of his recommendations.
When we got back the owner was still about so we had another really nice chat with him. His hotel has a really nice, homely feel to it.
True to his word, we went downstairs at five thirty in the morning to piping hot, really nice coffee and some bananas.
We thoroughly recommend this hotel for the great rooms and top man of an owner.

Room tip: Our room faced the road. A room at the back would be even quieter.
Ask AnnieL808 about Hotel Kekoldi Garden
Thank AnnieL808