Out of Bounds Hotel

Out of Bounds Hotel
Lowest prices for your stay
Lock in the lowest price from these sites
US$61
Free cancellation until 15/05/21
Reserve now, pay at stay
View deal
Expedia.comUS$61
Agoda.comUS$61
Hotels.comUS$61
eDreamsUS$61
PricelineUS$61
TravelocityUS$61
View all 14 deals
Prices are provided by our partners, and reflect nightly room rates, including all taxes and fees known to our partners. Please see our partners for more details.
Payments made by partners impact the order of prices displayed. Room types may vary.
Stay663273
5

Nice to stay for a night or so

Review of Out of Bounds Hotel
Reviewed 8 March 2020

The parking is limited and pretty steep.

The hotel is okay and the staff is nice. The view is beautiful!

The rooms in the hotel are simple but fine, the beds are comfortable.

The breakfast was okay, the juice wasn’t fresh.

Trip type: Travelled with family
See all 194 reviews
Payments made by partners impact the order of prices displayed. Room types may vary.
Nearby Hotels 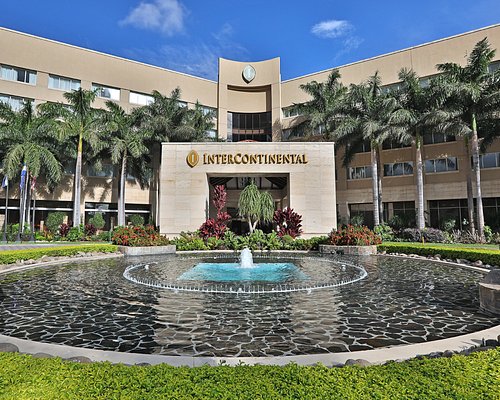 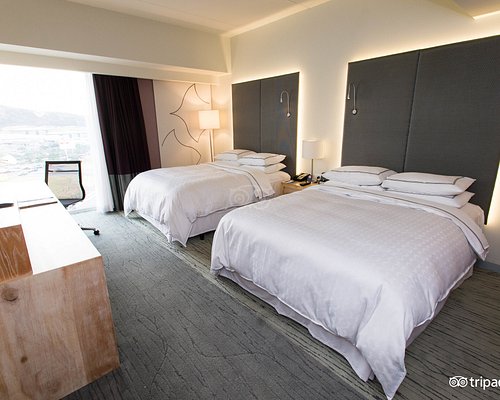 Real InterContinental Costa Rica at Multiplaza Mall
US$172
US$147

Agoda.com
View deal
Free cancellation
Reserve now, pay at stay
Tripadvisor
US$147
Hotels.com
Lol.travel
US$172
View all 19 deals from US$147
1,612 reviews
1.4 km from Out of Bounds Hotel

Expedia.com
View deal
Free cancellation
Reserve now, pay at stay
Booking.com
US$179
Hotels.com
US$199
Hurb
US$203
View all 18 deals from US$163
543 reviews
1.0 km from Out of Bounds Hotel
We compared the lowest prices from 18 websites
Top Rated
Breakfast included
Posada El Quijote
US$85

One star is for the beautiful views of the city and mountains. One star is for the size of the rooms and bathrooms. One star is for the produce market a 60 second walk from the hotel. Overall, it was dingy, with bedding that was worn, including holes and stains, and overall it needed a good cleaning. The breakfast wasn’t great, though I commend the woman who was taking orders and making things alone. At times it felt like we were the only people at the hotel because we didn’t see anyone, not even in the office area. It almost felt like we were at an abandoned hotel! Cab drivers generally had never heard of the place, so we used Taj Mahal restaurant as a reference when taking cabs which helped. It wasn’t the worst, but it wasn’t the best. There are plenty of other places in San Jose with delicious breakfasts, nicer accommodations for the same price or less per night (though few have the view of this place). The kitchenette was nice, though I didn’t use it.

This review is the subjective opinion of a TripAdvisor member and not of TripAdvisor LLC
athelas59
Maberly, Canada
1716
Reviewed 17 April 2019
Great welcome, comfy quarters and great view

We were greeted at reception by Fernando who, the moment he found out we were birdwatchers, put us in a lovely room overlooking the greenery surrounding the hotel. He and the delightful young lady who served us breakfast in the morning could not have been more helpful. This was a lovely hotel, with secure parking, handy to a nice restaurant for dinner and only about 25 minutes from the airport.

Room tip: Ask for the upstairs king rooms - they are fabulous
Ask athelas59 about Out of Bounds Hotel
Thank athelas59

This review is the subjective opinion of a TripAdvisor member and not of TripAdvisor LLC
465nadavr
Dominical, Costa Rica
2
Reviewed 4 November 2018 via mobile
Great view, great service!

Nice big clean rooms, each with a porch with rocking chairs and great view of all SJ area.
The service is amazing, helped me with everything I needed always with a smile ;)
Some food and stores nearby
20 min from the airport, and on the way out to Jaco
Best value in town. Recommend!

This review is the subjective opinion of a TripAdvisor member and not of TripAdvisor LLC
Navigator651901
Oslo, Norway
5
Reviewed 21 August 2018 via mobile
Amazing hotel

I love this hotel and always stay here when I am visiting San José (from Norway). The rooms are beautiful and very clean. A terrace outside with lovely views of San José. The breakfast is great, with a lot of options. And Fernando is always very helpful and in a good mood. We always feel very welcome here. The hotel is centrally located in Escazu, with a good range of restaurants close by. And Multiplaza just a short drive away (4-5 minutes).
Thank you for making our stay great, again :-) All the best, Susanne and Sebastian

This review is the subjective opinion of a TripAdvisor member and not of TripAdvisor LLC
TreeTopHouseCostaRic
Monteverde Cloud Forest Reserve, Costa Rica
31
Reviewed 10 August 2018
All in a good spot

Location, stuff and room is a great place to stay, if you have to run errands in Escarzu. Stuff member Fernando is extremely helpful and adjusts perfectly to you need which makes it very easy to stay and feel very welcome. The room is spacious and the view to the surroundings is great. Although right on a main access road it is very quiet, since you are a bit up and away from the road in the building. I stayed only one night, but definitely will be back on my next trip to San Jose.