US$69
US$67
Free cancellation until 13/05/21
View deal
Expedia.comUS$67
TravelocityUS$67
CheapTicketsUS$67
Orbitz.comUS$67
HurbUS$69
TripadvisorUS$67
View all 14 deals
Prices are provided by our partners, and reflect nightly room rates, including all taxes and fees known to our partners. Please see our partners for more details.
Payments made by partners impact the order of prices displayed. Room types may vary.
834reidj
1

We stayed here for two nights and the staff were amazing. The site is very clean, comfortable and accommodating. I highly recommend this site to anyone who wants a comfortable and pleasant stay. The complimentary breakfast was very good.

Trip type: Travelled with friends
See all 637 reviews
Payments made by partners impact the order of prices displayed. Room types may vary.
Nearby Hotels 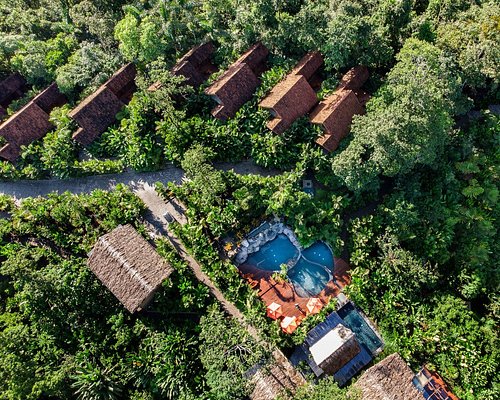 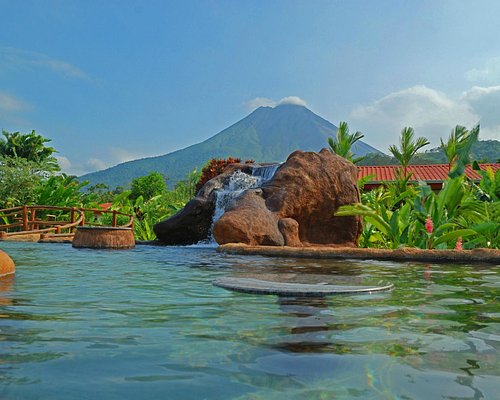 This place will make you feel like you are one with nature. How often can you see a river in a hotel? The owner/manager is the best in maling sure they will help you with anything you need. The cooks are amazing, the cleaners, the entire staff are just well trained. This place is not the fancy hotel but will definitely make you feel like you are experiencing the REAL Costa Rica.
Not too far from all the store and restaurant. Good food. Decent rooms. Amazing nature vibes.

We stayed here for 2 nights and enjoyed it. The resort is not very big which I prefer and it’s quiet.Beautiful birds to watch on the property and we enjoyed watching the fireflies at night near the creek. It’s a short drive to La Fortuna with many restaurants. If you choose to stay in and eat dinner that’s a cheap option and great food at the resort. The free breakfast is made to order and delicious. The pool is a nice size and clean. Our rooms were simple but clean with a mini fridge. The only thing I would ask for is better pillows. They were thick and very hard. Not great for my neck. Just my personal preference though. Overall a great place to stay.

I visited this hotel as part of a Groupon, but I'm happy they chose this one. The hotel is very modest, but you aren't there to spend all your time in the rooms anyway. They serve made to order breakfast as part of the package and you can order dinner at night for great prices, while we were out on excursions during lunch time. The pool was clean and a good size. There are pool tables behind the dining area, but I didn't make use of them. The room has beds, a TV, safe, minifridge, and most importantly, a WiFi signal, but you'll probably be too worn out from the activities to be on your phone. A nice surprise was coming back to a towel folded like an animal on a well made bed. The real shining star of the hotel is the owner Miguel and his beautiful dog, Mia. He is a genuinely nice person who went out of his way more than once to take us into town at night when we were going to take a taxi. I had to force a tip on him because he wouldn't take it. The only thing I can say is the hotel is a little ways away from town (about seven minutes by car) so make sure you factor in cab rides into your budget. Once in the town you should be able to take an Uber, which is super cheap, or a cab back to the hotel. Also there wasn't a microwave in my room, but one of the other rooms had one that I was able to use. Overall, compared to a typical US hotel it was a very basic hotel, but has a very cozy feel with caring staff. You won't be disappointed.

*Just a tip* If you're bringing US Dollars I would recommend bringing a lot of small bills like 1s, 5s, and 10s. I made the mistake of bringing almost all 20s with me and then having to get a lot of change in Costa Rican currency, but since I was there a long time I was able to spend it all. Also, make sure the money you bring doesn't have any rips in it because they won't take it in the places in town. Also, don't be afraid to tip because they work hard and take care of you.

This review is the subjective opinion of a TripAdvisor member and not of TripAdvisor LLC
Maxine M
31
Reviewed 16 February 2020
Amazing staff, great hotwl

Hotel Lavas del Arenal is a great place to stay. The food was delicious and the rooms were always very clean. The staff is so friendly and helpful. Miguel the manager was always available to answer any questions and was just a very nice man. We happened to be going into town the same time as he was and he offered us a ride. Above and beyond what we expected. Would recommend.

This review is the subjective opinion of a TripAdvisor member and not of TripAdvisor LLC
AHart45
Madison, Connecticut
1
Reviewed 16 February 2020 via mobile
Great Time!

Me and my family of 8 just spent the week at this hotel. We had very busy days scheduled with adventures that included white water rapids, horse back riding, zip lining through forest, touring waterfalls and rain forests. All the people that work there were incredibly kind and generous. A special shout out to Andrea who made us fabulous breakfasts every morning that kept our tummies full during our AM adventures. Also Daniella was super helpful in checking us in and helping with preparing food. Miguel had his attention on the property, which is very nicely maintained. Fresh sheets and folded towel animals surprised us when we returned back to the hotel in the afternoon. The rooms aren’t super fancy, but once you settle in, it feels very nice and comfortable. Andrea also cooked dinner, so we didn’t have to go back out and negotiate evening dinner. Able to spend family downtime after very busy days!