Expedia.com
Hotels.com
eDreams
View all 15 deals
Prices are provided by our partners, and reflect nightly room rates, including all taxes and fees known to our partners. Please see our partners for more details.
Payments made by partners impact the order of prices displayed. Room types may vary.
Baskar9067
Visakhapatnam, India
1

The best hotel in Mysore

We're very glad to hear you loved our rooms, food, amenities, and service, and had a memorable stay overall. We look keenly forward to making your next visit even more enjoyable.

Report response as inappropriateThank you. We appreciate your input.
This response is the subjective opinion of the management representative and not of TripAdvisor LLC
See all 3,444 reviews
Payments made by partners impact the order of prices displayed. Room types may vary.
Nearby Hotels 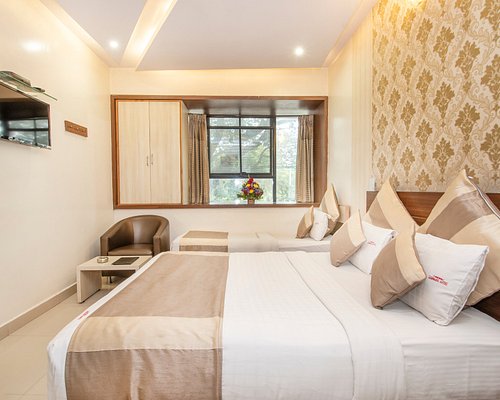 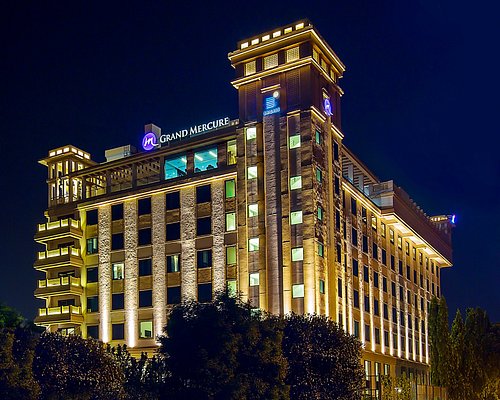 Hotels.com
View deal
Free cancellation
Pay up to 12X
Booking.com
US$40
ZenHotels.com
US$37
StayForLong
US$70
View all 15 deals from US$37
1,883 reviews
4.3 km from Radisson Blu Plaza Hotel Mysore 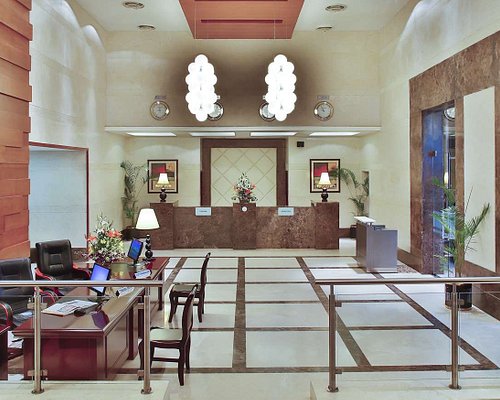 Hotels.com
View deal
Free cancellation
Pay up to 12X
Expedia.com
US$47
Agoda.com
US$39
StayForLong
US$50
View all 14 deals from US$39
895 reviews
1.3 km from Radisson Blu Plaza Hotel Mysore

FindHotel
View deal
Hotels.com
US$17
Trip.com
US$9
StayForLong
US$22
View all 13 deals from US$9
1,242 reviews
2.1 km from Radisson Blu Plaza Hotel Mysore

Thank you for choosing us, and for your heartening review. We're very glad to have made your short stay with us pleasant, and wish you a lifetime of happy travels and joyful experiences. We hope to see you again soon!

Report response as inappropriateThank you. We appreciate your input.
This response is the subjective opinion of the management representative and not of TripAdvisor LLC
spoorthisridhar
Bengaluru, India
1
Reviewed 17 February 2020
Excellent stay

Enjoyed my stay. Staff members were friendly and sweet. The food in the hotel was very tasty and the complimentary breakfast was deliciously with too may verity.we liked the pool area.All over a very good stay.

Review collected in partnership with this hotel
This business uses tools provided by Tripadvisor (or one of its official Review Collection Partners) to encourage and collect guest reviews, including this one.
Ask spoorthisridhar about Radisson Blu Plaza Hotel Mysore
Thank spoorthisridhar

We're very glad you enjoyed the stay with us, and found our food, our amenities, and our service pleasing. Thank you for your kind review. We look forward to seeing you again soon!

Report response as inappropriateThank you. We appreciate your input.
This response is the subjective opinion of the management representative and not of TripAdvisor LLC
Gayu9067
2
Reviewed 16 February 2020
Best experience I ever had

Thank you for such a wonderful review. Acknowledgements like these are the finest rewards for all our work. It elates us all, Pooja especially, to know how enjoyable our hospitality made your short stay with us. We hope to make your next visit just as memorable. See you soon!

Report response as inappropriateThank you. We appreciate your input.
This response is the subjective opinion of the management representative and not of TripAdvisor LLC
niting1132
2
Reviewed 16 February 2020 via mobile
Hotel was very good it’s it true that guests are treated like good everything is fast

We're delighted to hear of your experience. It makes all of us at the hotel very happy to know you loved our food and our service. We look keenly forward to welcoming you back!

Report response as inappropriateThank you. We appreciate your input.
This response is the subjective opinion of the management representative and not of TripAdvisor LLC
Nawien79
Arnhem, The Netherlands
1
Reviewed 16 February 2020 via mobile
Best staff ever

Mr. Sanjeet Rao has made my stay in so many ways excellent.
I have stayed two times at this hotel and both times were the best experiences ever.
If you have any requests he will do his utmost best to realise it.
At both occasions I made some requests at the reception, however the lady denied every inquiry made (even without checking the system!).
The first stay Mr. Sanjeet Rao asked how my stay was, it's was excellent, when asked if he could do anything else, I replied my inquiry, he immediately took care of it.
When I returned for the second time, he and the staff welcomed me so kindly, I really felt like coming home.
I asked where I could purchase a sim card, he informed me and ordered an ola cab, made sure that it was clear for the driver where he needed to drop me.
When purchasing the sim card I couldn't reach my friends for the required verification. I eventually gave thim the mobile number of Mr. Sanjeet Rao. I felt awkward to do this, but he didn't mind.
The reason why I was in India was to attend a wedding, therefore I got overloaded with sweets.
So much that I never could enjoy it all...being a diabetic.
Also as a special thanks to Mr. Sanjeet Rao and the entire staff, I shared the sweets with them because off their `Yes I Can’ mentality.
My request to check out late (for the next day), was not granted by the same lady as before.
The fact that she did not gave me her "full" attention actually bothered me more.
She immediately said that it was not possible, when she realised that I got annoyed by her way of doing and referring to the fact that I was staying on the executive floor (it was mentioned in the welcoming letter, offcourse based on availability), she now actually checked the system....in the middle of this, she looked passed me to answer some other guest that just came in, instead of pointing her (or me) to the other two available counters.
At that moment I actually was ready to leave to come back later and ask somebody else...anybody except this lady. She said that it still wasn't possible.
The next day while going to my breakfast I bumped in to Mr. Sanjeet Rao. I informed him that I would be checking out, when asked if he could do anything else, I said that it wasn't possible to check out a little bit later because I wanted to do some more shopping. He immediately told me that it wouldn't be any problem, he asked what time would suit me. Instead 1100 1300 would give me some more flexibility. It was instantly arranged.
While checking out he asked where I would go next, when I told that actually I wanted to stay one more day in Mysore, before flying back.
However the hotel was fully booked, Mr. Sanjeet Rao told me that I should had called him.
So after this long review I seriously recommend this hotel.
The hotel, the lobby, the room, the food, the bar(s), the spa are excellent. But what truly makes the difference is the staff, they're so welcoming and accommodating that you really feel at home.

There's just one hotel that I'm going to stay next time, as should you!

Thank you so much for such a wonderful and exhaustive review. We're elated to hear you had an excellent time with us, and that our hospitality made you feel right at home! Sanjeet, like of all of us, is over the moon!!! We really appreciate your glowing feedback and will wait to welcome you back to our hotel very soon!

Report response as inappropriateThank you. We appreciate your input.
This response is the subjective opinion of the management representative and not of TripAdvisor LLC
View more reviews
PreviousNext
1…114115116…574