do I miss something - Review of Savyonei Hagalil Hotel

Prices are provided by our partners, and reflect nightly room rates, including all taxes and fees known to our partners. Please see our partners for more details.
Thomas R
Tunisia
8481

do I miss something

Hotels in Israel are always too expensive and never worth the price. This hotel however is winning my first price for a disgusting room, low service quality, a price quality relation which is just ridiculous. Maybe 80 Dollars is not much for some of you, for me it is a lot. I still think I can expect something from that. But I was wrong. There are no efforts from the hotel management whatsoever to make your stay pleasant. so 1 the one point I have to give is generous from my side. I´d give it normally 0 points for what I suffered.

See all 40 reviews
Payments made by partners impact the order of prices displayed. Room types may vary.
Nearby Hotels 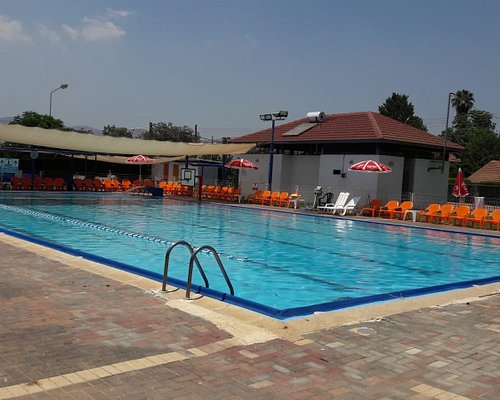 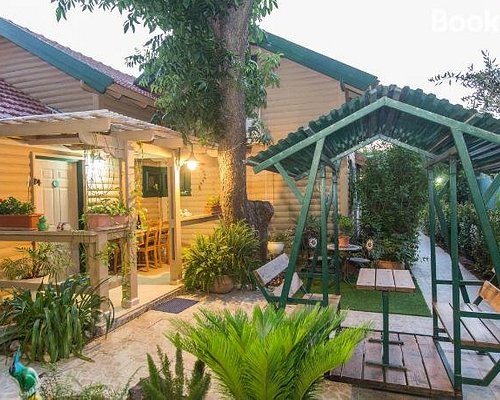 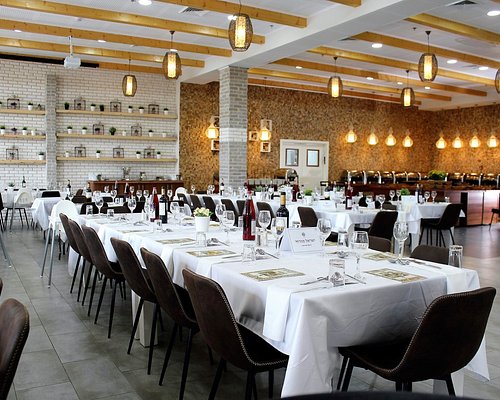 Honestly, when my course booked this hotel for two nights and I read the previous reviews, I had very low expectations. However, the reality was quite different. We received a room on the ground floor with a very beautiful view to the fields.. The room was a good size, comfortable beds and equipped with a good airconditioner,and large LCD TV. The bathroom was very large and in good condition with plenty of hot water and good water pressure. Contrary to some previous reviews, I can say that the room was very clean. was serviced daily and the towels were changed every day. The breakfast in the hotel dining room was excellent - much better than a normal 3 star standard with a good variety of hot and cold foods. The only item missing was orange juice. Dinners in the adjacent building were relatively plain but tasty and varied selection but here the cleanliness and overall "look" needs to be improved, The only downside to this hotel is that the public areas (lobby, outside grounds - parking area, front entrance and rear patio) are very neglected and need a facelift. During the course of the 2 days, there was a broken window in the lobby facing the rear patio which was not repaired. But all in all, the hotel is fine for a place to stay while touring the north of Israel and with some general mainenance and gardening work, could be really nice..

This review is the subjective opinion of a TripAdvisor member and not of TripAdvisor LLC
gonjo
Tel Aviv, Israel
376191
Reviewed 10 December 2014
You get what you pay for - no more.

This is a cheap hotel, in an area which is no abundant with hotels. The alternative is an overpriced BB (zimmer). It is not a place for staying. It is a place for sleeping after traveling all day. WiFi is available only in the lobby. The room is puritan, but the bed is OK, so is the bathroom. Don't look for more.

Room tip: If you are very near the lobby you can "grab" some WiFi reception in the room..
Ask gonjo about Savyonei Hagalil Hotel
Thank gonjo

This review is the subjective opinion of a TripAdvisor member and not of TripAdvisor LLC
mtevans1
Rishon Lezion, Israel
4
Reviewed 10 December 2014
Much better than expected after reading past reviews

Rooms are relatively small, but clean. The bed was comfortable and we had a good sleep. The shower was very good.The service was excellent. When we arrived back at 9:30PM our flat screen TV was not working. We called the clerk who came up to our room but did not succeed in getting the TV to work. He called a technician who arrived at 10PM and found the converter to be faulty.He replaced it and got the TV to work. That is great service. The lobby had free WiFi. The hotel is located just off the main highway. We took a room facing east and it was very quiet.

This review is the subjective opinion of a TripAdvisor member and not of TripAdvisor LLC
christineesther
Vestfossen, Norway
73
Reviewed 10 October 2014 via mobile
Stay away - bedbugs!!

Horrible hotel with poor food and dirty rooms. The kitchen has such a low hygienic standard, cats are everywhere and the food is almost impossible to eat.

Some rooms have bedbugs, which is a big problem, especially when you're from a country where it's not common.

Do yourself a favour and stay away!

This review is the subjective opinion of a TripAdvisor member and not of TripAdvisor LLC
Shira S
Jerusalem, Israel
1
Reviewed 13 July 2014
Not Impressed.

Hi,
I stayed at the hotel this past Shabbas along with a group.
At the last minute , the hotel hosted several groups from the South. Not only did these groups take over the whole hotel using the main dining room, in the lobby, etc. . to make very little room for our group but they were very noisy and anti ethical to the Peaceful, religious, Shabbat atmosphere that the hotel promised us. There were hundreds of screaming teenagers partying , drinking, smoking, and making a lot of noise anywhere you walk.
Friday night we were trying to go to sleep but one of the groups was having a kumzits right outside our windows with singing , cheering, etc.. This was at 11:00 at night. We went and complained and were told that the group would be quiet at 11:30. We were there with a little baby who was so tired and screaming because she couldn't fall asleep. The group was not quiet till after 12:00.
We originally planned to stay through Saturday night. Saturday night again we hear a lot of noise and we are told that the group is having a party with music, drinking , and dancing until 12:30 at night. At this point we were exhausted from "restful" Shabbat and decided to just leave early rather than have another sleepless night.
Additionally, the fridge in our room was broken and we were told there were no repalcements.
The shower barely had any water pressure and the air conditioner did not work properly , making the room switch between cold and hot every few hours.