ARISTON is a Greek word and it means... - Review of Ariston Hotel Kobe

US$70
US$45
View deal
Hotels.comUS$60
PricelineUS$53
ZenHotels.comUS$70
View all 15 deals
Payments made by partners impact the order of prices displayed. Room types may vary.
Prices are provided by our partners, and reflect nightly room rates, including all taxes and fees known to our partners. Please see our partners for more details.
Ioanna2020
1

ARISTON is a Greek word and it means "best"

The hotel has a significant warm atmosphere, the staff was kind and polite, the room was spacious -which I find a great advantage- and the lunch was offered at a great price. Location is very nice as Port Island is beautiful and quiet with several parks in the surroundings.

See all 185 reviews
Payments made by partners impact the order of prices displayed. Room types may vary.
Nearby Hotels 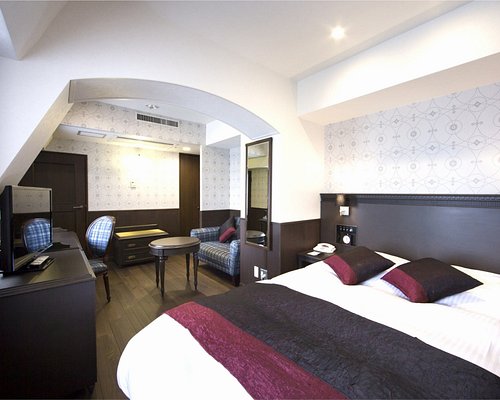 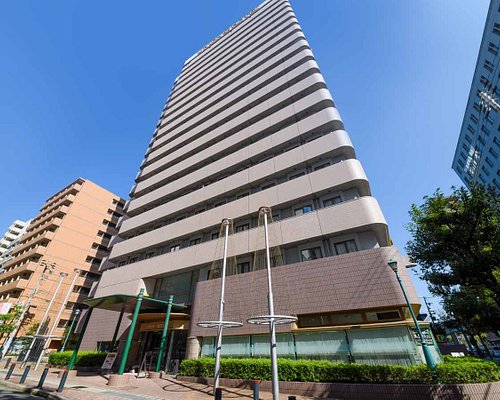 Kobe Sannomiya Union Hotel
US$62
US$51

Expedia.com
View deal
Free cancellation
Pay up to 12X
Tripadvisor
US$455
Travelocity
ZenHotels.com
US$539
View all 17 deals from US$454
392 reviews
4.0 km from Ariston Hotel Kobe

Expedia.com
View deal
Free cancellation
Pay up to 12X
Priceline
eDreams
US$136
ZenHotels.com
US$167
View all 17 deals from US$136
612 reviews
2.9 km from Ariston Hotel Kobe

Expedia.com
View deal
Pay up to 12X
Booking.com
eDreams
US$87
Travelocity
View all 15 deals from US$87
2,257 reviews
2.9 km from Ariston Hotel Kobe

Expedia.com
View deal
Orbitz.com
eDreams
US$52
Hotels.com
US$64
View all 15 deals from US$52
2,030 reviews
3.9 km from Ariston Hotel Kobe
We compared the lowest prices from 15 websites
Breakfast included
Ryokan A Ryokan is a traditional Japanese accommodation which typically features ‘futon’ (folding mattresses) on ‘tatami’ (straw mat) floors. Many Ryokan are known for their public baths (typically "Onsen" hot springs) and their traditional cuisine. 24/7 front desk service is not guaranteed for this accommodation type.
Arima Grand Hotel
US$252

I stayed for a convention in Kobe. As I have connecting flights to Narita (Tokyo) and Kansai (Osaka), the easiest way - for me - to get to the hotel is by fast ferry transport from Kansai Airport to Kobe Airport. And from Kobe airport board the Portliner that stops either in the Minatojima Station or Shiminhiroba Station. The hotel lies exactly between the 2 stations. So stop anywhere in either 2 is ok.
It turns out super easy coming from Tokyo to Ariston Hotel. You won't get lost as the signs were so clear!

The hotel claimed that they're moslem friendly place. Well, it's a yes for the room as they put qibla direction on the first drawer on the desk.
But for the breakfast it was awful. Since languange is their major problem, I had no idea which one is the halal food. And I can imagine they cannot know the difference concept between a halal food and a non-pork food.
I end up having only french fries, egg, and some fruits for my whole stay!

Nevertheless I like the room! I can rest pretty well. What I like the most is their separate bathub and shower. Bathub was good yes, but shower was perfect. The water pressure was so good!
TV channels sucks as there' almost ZERO english speaking channel, let alone movies. Fortunately their internet connection was good, so I can always watch movie online.

Overall a good option for attending conference in Kobe!

This review is the subjective opinion of a Tripadvisor member and not of TripAdvisor LLC.
sinjoorAntwerp
Antwerp
250134
Reviewed 16 November 2018
Good location for conference centre and airport

This typical big hotel offers the classical features. We arrived rather late and there was still a staff of 4 people at the reception desk. Being female we were offered extra amenities. There were not many customers, but that made it quiet. The hotel is not brand-new, which shows in the carpet f.e. but is was very clean. Booking was done through their website, we were offered a very good price. We choose to stay there as we had an early flight out of Kobe airport next morning. And we were happy with our decision.

This review is the subjective opinion of a Tripadvisor member and not of TripAdvisor LLC.
Izzul I
11
Reviewed 7 December 2017 via mobile
SO Happy

If you are looking for a "friendly hotel" (all staffs are very friendly and even the price is very friendly for your pocket ). for muslim community, they also provide halal food. I would like to say thanks to mr. Waqas who helped me and my family when we stayed here. This hotel is located near from the station, convenience stores and international convention hall.

Thank you so much for taking the time to share your wonderful review with us. :)
We genuinely value your loyalty towards the Ariston Hotel Kobe and especially to our Team… Your recognition is truly inspiring and a true reward! Last but not least. It was my absolute pleasure to meet you during your last visit.
In addition,
We do also provide ( Prayer mat , Hijab ) also Qibla direction put it all in the rooms. Certainly Halal food as well.

Report response as inappropriateThank you. We appreciate your input.
This response is the subjective opinion of the management representative and not of TripAdvisor LLC
Albert587
Kigali, Rwanda
164
Reviewed 27 November 2017
I stayed at Ariston Hotel for a week while on a business meeting

The hotel is located close to a train station and about 15 minutes from center town. Staff is very helpful and attentionate and the rooms are big enough compared to standard Japanese hotels. One thing that really needs improvement however is the standard of the rooms that really look dated and the carpet rug also needs to be changed

Thanks for your kinds words and the time you took to share with us. It is great to hear, that you have enjoyed your stay with us.
Rest ensured, that we will take your feedback for further encouragement within the team to ensure personal service and warm welcome for your next visit. Be informed, that we will enhance our rooms area in the coming weeks for even more comfort. All the best and see you soon!

Report response as inappropriateThank you. We appreciate your input.
This response is the subjective opinion of the management representative and not of TripAdvisor LLC
fortravel885
Lethbridge, Canada
62
Reviewed 10 November 2017 via mobile
Great service

Hotel room very clean and big. Have all necessary toiletries provided. Ladies were given extra face care products. Front desk very helpful and courteous. Is a great location. Would definitely visit again. Many restaurants around hotel vicinity. And convenient stores are all within walking distance. Highly recommended.

We are delighted to read your great experience at Ariston Hotel Kobe.
Thank you very much for highly recommending our hotel here on TripAdvisor® and for highlighting your wonderful praises about the service of our experience.
We are also glad to read that you enjoyed as well as the amenities (extra face care products) received upon arrival.
Our team is pleased to read that you also enjoyed the location and served by our team.