Very clean hotel which does not look like russian hotel at all. Receptionist are friendly. Everywhere very clean. Rooms are quite big. I was not happy with breakfast but proce was good even without breakfast. Great location near center (not exactly but close)

See all 101 reviews
Payments made by partners impact the order of prices displayed. Room types may vary.
Nearby Hotels

Expedia.com
View deal
Free cancellation
Pay up to 12X
Booking.com
US$180
Destinia.com
US$168
Agoda.com
US$181
View all 16 deals from US$168
334 reviews
46.9 km from Kirovskie Dachi Motel
We compared the lowest prices from 16 websites Expedia.com
View deal
Pay up to 12X
Booking.com
US$143
Tripadvisor
US$142
eDreams
View all 18 deals from US$142
766 reviews
47.6 km from Kirovskie Dachi Motel
We compared the lowest prices from 18 websites 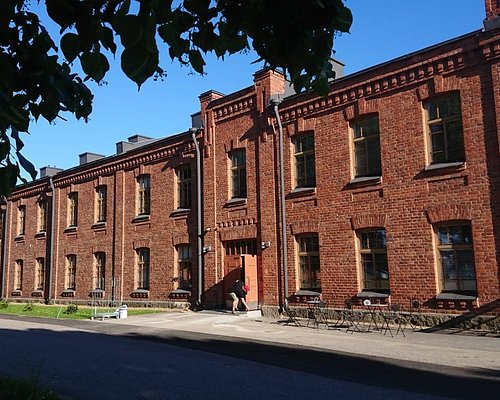 Used this motel as a stop off just before the border crossing...it's well out of town so will need a car or use of a taxi....on arrival they ask you to chose your breakfast for the following day and a time you want it....the rooms are clean and modern, we had a comfy double with a balcony, so was able to sit out until it rained !!!!...due to being far out we decided to eat at the motel. You have to order and they make it for you at a time you specify..unfortunately we struggled as the menu was only in Russian, but while we were put walkig the staff did a English translation for us, which was helpful..food was nice to...fairly cheap and cheerful as a stop over.

This review is the subjective opinion of a Tripadvisor member and not of TripAdvisor LLC.
Maria G
Barcelona, Spain
136
Reviewed 19 June 2016 via mobile
Very good!

We stayed there 1 night. Did not expect it to be that good. Personnel was friendly and helpful. Bed was very comfortable. Although pillows were not that good. Rooms were clean and well furnished. The hotel has light walls in between the rooms so sound insulation is not that good. The breakfast though was better than we could even imagine!!!! Next time for sure we stay there!

This review is the subjective opinion of a Tripadvisor member and not of TripAdvisor LLC.
AlexeiLitvinets
Raahe, Finland
4320
Reviewed 12 June 2016 via mobile
Not the first visit

Another time we stopped here and it's good as usually. Good location for transit, friendly personnel and comfortable room. Breakfast is sufficient. Recommended for stop-over if you go to or from Finland (via Russia) or vvs

This review is the subjective opinion of a Tripadvisor member and not of TripAdvisor LLC.
Denis K
143
Reviewed 17 October 2015 via mobile
Quick stop on the way from Finland

A good place to stop for a night when travelling to\from Finland. It is clean, the price is very reasonable and it is quite. The staff could be a bit more friendlier, but then again lest we forget where the place is located. Otherwise I would have given it full marks.

This review is the subjective opinion of a Tripadvisor member and not of TripAdvisor LLC.
Fintraveler51years
Helsinki, Finland
8247
Reviewed 4 August 2015 via mobile
Basic Russian hotel/hostel

Have visited nearly all Vyborg's hotels. This is very basic Russian style hotel. In the middle of nowhere, so you need a car or a taxi to go somewhere. Prices per night are - value for money. Try to book room with a balcony. Others have no open able windows. If cheap, book. Otherwise would stay in city center Hotels.

This review is the subjective opinion of a Tripadvisor member and not of TripAdvisor LLC.
View more reviews
PreviousNext
12…
<scrip