US$75
US$56
View Deal
SAVE US$19
Reserve now, pay at stay
eDreamsUS$68
Trip.comUS$75
Agoda.comUS$59
View all 11 deals
Prices are provided by our partners, and reflect nightly room rates, including all taxes and fees known to our partners. Please see our partners for more details.
Payments made by partners impact the order of prices displayed. Room types may vary.
amexc2020
Lahore, Pakistan
21

4th of January denotes the commemoration of Burj Khalifa. Today, the structure denotes its ninth commemoration since its introduction in 2010. With the laser and light show forNew Year's Eve, the Burj Khalifa earned two Guinness World Records: "Biggest enlightened veneer and Tallest LED-lit up exterior on December 31, 2018.
The structure of the structure was propelled by the Spider Lily, a territorial desert bloom There is no registration work area at the gathering in light of the fact that Giorgio Armani needed guests to feel that they were venturing into his home.
The Burj Khalifa contains 1.85 million sq ft of private space and 300,000 sq ft of office space. It likewise has wellbeing and health offices, four pools and two perception decks. The anteroom of the living arrangements at the Burj is decked with an establishment called 'World Voices'. It fuses 196 cymbals with water dropping on them. The Burj houses the world's tallest craftsmanship exhibition with dispatched works from more than 85 craftsmen. The passage of the workplaces is embellished by with a stone model plan by Egyptian craftsman Karim Rashid.More

Show less
See all 14 reviews
Payments made by partners impact the order of prices displayed. Room types may vary.
Nearby Hotels 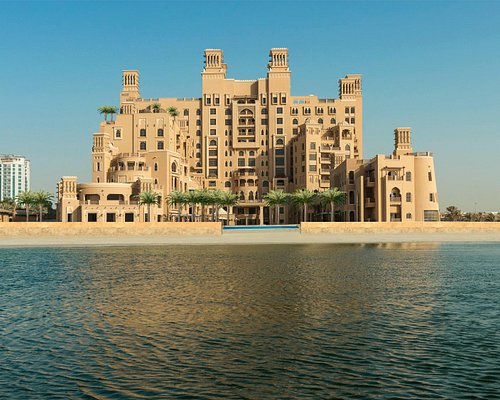 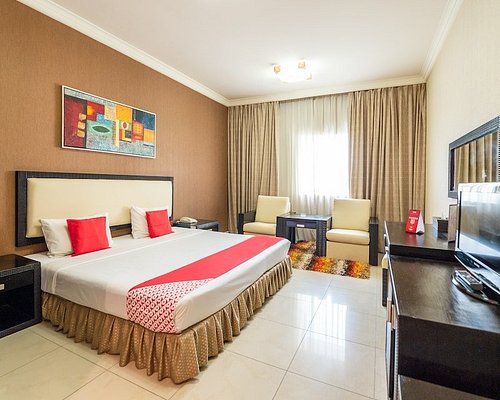 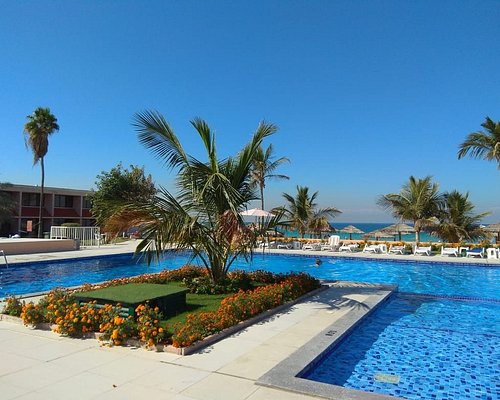 eDreams
View Deal
Free cancellation
Reserve now, pay at stay
Booking.com
US$154
FindHotel
US$39
Hotels.com
US$69
View all 13 deals from US$39
247 reviews
4.8 km from Al Hayat Hotel Suites
We compared the lowest prices from 13 websites
ibis Styles Sharjah
US$48

Taking safety measures
We compared the lowest prices from 11 websites
Golden Sands Hotel Sharjah
US$44
Booking.com
View Deal
Expedia.com
US$36
Hotels.com
US$36
StayForLong
US$51
View all 15 deals from US$36
1,356 reviews
0.1 km from Al Hayat Hotel Suites

Al Hayat hotel Suites is another amazing and wonderful hotel apartment with good staffs with clean rooms in an Hotel located directly opposite the Sahara Mall. The staffs are very welcoming and prompt.
Its another place to re-visit again with my family.

Room tip: All what you see online are all you meet in the rooms and all are perfectly working
Ask SamOlu77 about Al Hayat Hotel Suites
Thank SamOlu77

This review is the subjective opinion of a TripAdvisor member and not of TripAdvisor LLC
GlobeTrotting616657
1
Reviewed 19 November 2018
Excellent Service!

Has a big and comfortable rooms. Has a reasonable price.People is very kind! The location is also very good! Breakfast is also very good and full of options for everyone's needs. Best option in sharjah! Great service!

This review is the subjective opinion of a TripAdvisor member and not of TripAdvisor LLC
r0hith52
Dubai, United Arab Emirates
52
Reviewed 24 December 2017 via mobile
Price is high

Price was very high for a very short stay. Room was big. No drinking water is avaliable in the room , a person who spend 350 aed for 3 hours and 1 aed bottle water is not avaliable means its a dissappointment.

This review is the subjective opinion of a TripAdvisor member and not of TripAdvisor LLC
Voodoorock
Mendoza, Argentina
8
Reviewed 17 September 2017 via mobile
Excellent service!

This review is the subjective opinion of a TripAdvisor member and not of TripAdvisor LLC
S2505DPmarcom
Figueira da Foz, Portugal
493
Reviewed 25 October 2016
Average

Big areas.
Clean.
Professional staff, although sometimes you have to insist in order to get things fixed.
Water pressure in the shower was very low.
Kitchen window wouldn't close properly, and as a consequence of that, a lot of the dust that is in the air outside would come inside during the day.