Would not go again. - Review of Comoda Casa Hotel

Would not go again.

We staid three days on this hotel and not once a house keeping visited. They cleaned other rooms but not ours. Also there was a big construction so the pool was of limits. We barely saw the staff and it seemed like they didn't want to see us. The room was pretty but I wasn't happy to find some rat poison on the closet..

Trip type: Travelled as a couple
See all 361 reviews
Payments made by partners impact the order of prices displayed. Room types may vary.
Nearby Hotels 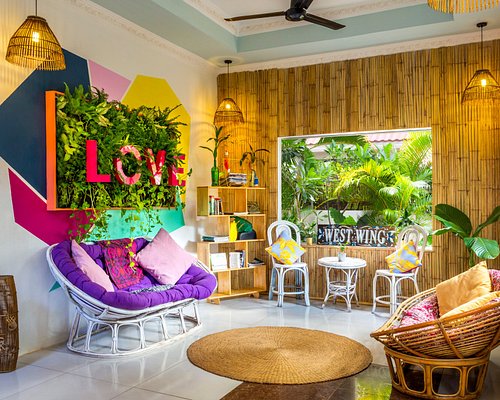 Expedia.com
View deal
Free cancellation
Pay up to 12X
Hotels.com
US$42
Travelocity
US$42
CheapTickets
US$42
View all 9 deals from US$42
22 reviews
We compared the lowest prices from 9 websites 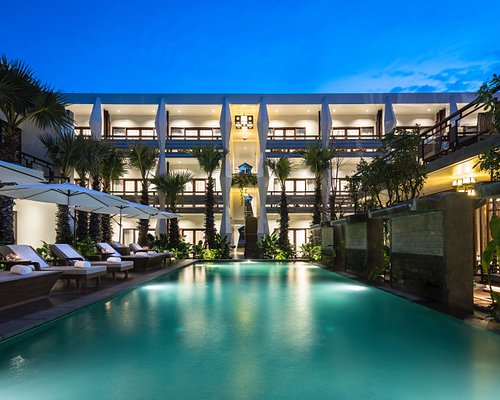 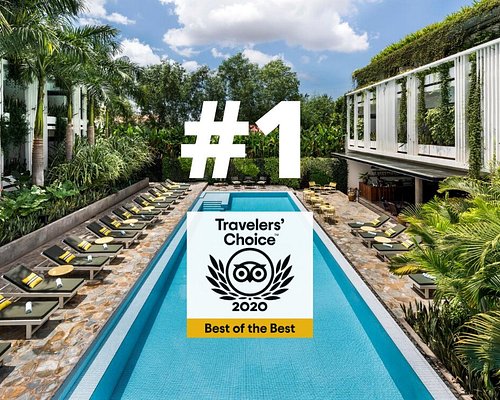 Hotels.com
View deal
Free cancellation
Pay up to 12X
Priceline
US$122
Trip.com
US$36
Booking.com
US$61
View all 13 deals from US$36
621 reviews
1.4 km from Comoda Casa Hotel
We compared the lowest prices from 13 websites
Breakfast included
Golden Temple Retreat
US$96

Travelocity
View deal
Priceline
US$36
Trip.com
US$23
Expedia.com
US$79
View all 10 deals from US$23
116 reviews
1.8 km from Comoda Casa Hotel
We compared the lowest prices from 10 websites
Central Corner d'Angkor

We booked over Air BnB at the Karavansara Retreat and were more than delighted with the apartment. The apartment was spacious with the living room balcony overlooking the street and river. The location could not have been better being only a few minutes' walk from the Old Market and Pub Street. The rooftop pool was always quiet.

This review is the subjective opinion of a Tripadvisor member and not of TripAdvisor LLC.
davidwT2875KN
3
Reviewed 6 October 2017 via mobile
Friendly and helpful staff

Clean hotel with the most friendly staff we experienced travelling around Asia. They let us use the shower in our room in the afternoon after we checked out. Food in the restaurant was pretty good too.

This review is the subjective opinion of a Tripadvisor member and not of TripAdvisor LLC.
ian k
scarborough
8562
Reviewed 29 April 2017
Disapointment,poor management and staff,no smoke alarms in the rooms

We booked this hotel after various good reviews.This is why i have put a bad,but fair and true review of this hotel.
1.we emailed the hotel 6 hours before arrival to ask them to arrange an airport pick up,there was no reply and when we landed there was no one to meet us/pick us up.

2.When we arrived i questioned why no one had picked us up and they said they had not checked their emails!I told them it was ridiculous that a hotel does not check their emails,the manager appeared explained that they had just taken over the hotel and were sorting things out.He apolagised and said he would arrange a FREE taxi back to the airport on our departure.

3.We stayed here for 5 nights,we left to go to the temples etc some times at 5 am,upon arrival back at the hotel,sometimes at 3-30pm the rooms had still not been cleaned.On two occasions we complained as we had to sit outside our room in the baking heat and wait for the rooms to be done!This hotel only has approx 11 rooms.The rooms had NO SMOKE ALARMS

4.Twice we sent washing to be done,on both occasions clothes were missing,which we had to chase up.

5.There was no one on reception after 6 pm except a security guard who spoke no english,everytime we arrived back at the hotel after a night out between 10pm and midnight,he was always asleep in the chair away from reception,where all the room keys were left on the counter,anyone could of walked past take a key and rob the rooms.We walked past him on numerous occasions without him waking up.

6.The morning we checked out,we asked if they could arrange the free taxi to take us to the airport,the manger was nowhere to be seen,the receptionist said that they had arranged a tuk tuk to take us to the airport,i said the manger had said a FREE Taxi because they had let us down at the airport pickup.I was told that they were only prepaired to pay for a tuk tuk.I told them to stick it and said it was disgusting that they had gone back on their offer and expected us to travel to the airport in 40 degrees heat with no aircon in our travelling clothes.If this is sorting things out/customer service,they really need to take a good look at themselves and the company that have taken over this hotel need to take a good look at how they run a business.

7.the hotel is in a great location,5 mins walk into the main town/resteraunt beer street area.

8.The room when cleaned was very comfortable

This review is the subjective opinion of a Tripadvisor member and not of TripAdvisor LLC.
Phil V
4612
Reviewed 16 April 2017
Excellent Long Stay Apartment / Holiday Rental

We stayed here while visiting Siem Reap and Ankor Wat - very much like a home rather than hotel and had a nice rooftop pool aswell.

The restaurant across from the apartments serve great good and its also a short walk to the market and shops if you wish to buy local produce and cook yourself at home.

This review is the subjective opinion of a Tripadvisor member and not of TripAdvisor LLC.
A-K-G224
Dubai, United Arab Emirates
11
Reviewed 29 March 2017 via mobile
Sheets had clearly not been changed

Wouldn't stay again. Staff are nice and the rooms look good but the sheets had clearly not been washed after the previous occupants of the room. Give it a miss. Tour booked though hotel of Angkor Wat was fine but guide was not the best.