US$1,241
US$126
View deal
TravelocityUS$128
Orbitz.comUS$128
ZenHotels.comUS$1,241
View all 15 deals
Prices are provided by our partners, and reflect nightly room rates, including all taxes and fees known to our partners. Please see our partners for more details.
Payments made by partners impact the order of prices displayed. Room types may vary.
Iamkatyjohnson
Los Angeles, California
6047

I loved this hotel! It is charming, authentic, and has a great and helpful staff. It is walking distance to everything you want to see. There is so much lush greenery on the property, great breakfast, and an incredible terrace. My room even had a private jacuzzi I enjoyed. I really loved this hotel and how large the rooms and bathroom were. Such a beautiful property in Antigua! Will be back for sure!

See all 820 reviews
Payments made by partners impact the order of prices displayed. Room types may vary.
Nearby Hotels 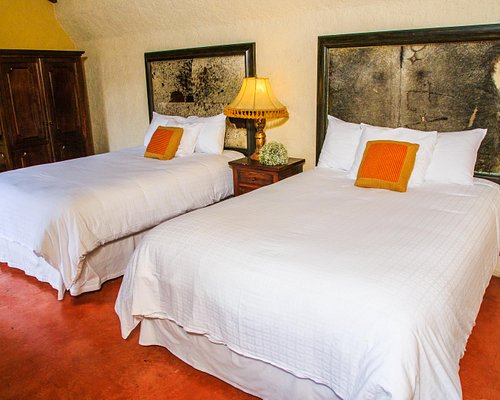 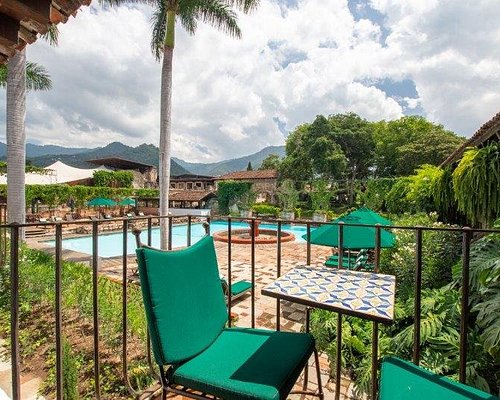 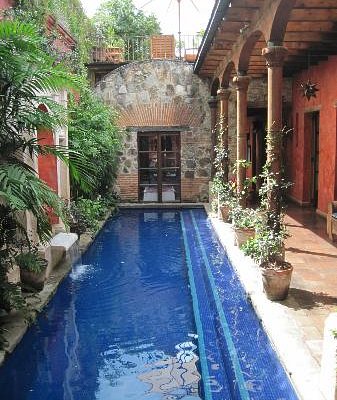 Charming venue aesthetic with picturesque backdrops for coffee over two-truths-and-a-lie (or other playful conversation)
Quaint pool to mix up your state between adventures (not as warm as a jacuzzi, but refreshing).

This review is the subjective opinion of a TripAdvisor member and not of TripAdvisor LLC
John B
St. Petersburg, Florida
87119
Reviewed 8 January 2021 via mobile
Memorable stay

Cannot rave about this property enough! What a hidden treasure in the city of antigua. The property is just beautiful with pools and fountains everywhere, and the rooms were very comfortable. They are historic so a bit dark, but this was not an issue for me personally.

What I was impressed by and will remember the most was the service, everyone at this property could not do enough for us! While I have no specific reason to return to Guatemala in the near future, I no less want to come back and spend more time here in this very special place in a very special town.

This review is the subjective opinion of a TripAdvisor member and not of TripAdvisor LLC
NamasteHospitality
Mexico City, Mexico
12
Reviewed 11 December 2020 via mobile
Ripped off and disillusioned

After pining for years to visit El Convento, I finally booked to visit for Día de Los Muertos and the Giant Kite Festival of 2020. Unfortunately Covid happened. I called the hotel in April, 7 months before my reservation, to cancel. At this time the borders were closed and the president was telling people NOT to come to Guatemala. I was told that it was all taken care of and the reservation was cancelled, especially given the special circumstances. Fast forward 7 months and I get a charge for $756.16!

After phones calls and emails going unanswered, I contacted them via Instagram messenger. After being told on no less than THREE separate occasions that someone from their reservation department would process the refund and send me a voucher for the refund, I received an email that I was being charged a no show fee for a reservation that was Canceled 7 months earlier due to a global pandemic and the borders to the country actually being closed.

While I was looking forward to making the trip next year, I have been completely soured on the hotel due to their lack of follow-up and unprofessional handling of what is admittedly a difficult situation. I understand that hotels are suffering, but ripping off customers is NOT the way to mitigate losses. I have lost all respect fo this hotel, which I have admired for many years.

AVOID THIS HOTEL LIKE THE PLAGUE. There is a reason that is is no longer ranked number one.

This review is the subjective opinion of a TripAdvisor member and not of TripAdvisor LLC
Alis77_11
Brussels, Belgium
11678
Reviewed 21 July 2020 via mobile
Wonderful hotel and experience

Guatemala can get rough sometimes, but staying in this hotel made us feel like being in a peaceful oasis. The room was immense, with a small terrace with a little pool and fountain in it. All the hotel, room, garden, premises, were very well maintained, peaceful and tastefully designed. Ready for you to enjoy them. We had dinner twice in the restaurant and we really liked it. The kind staff helped us to fix the transfer to spend a couple of hours in Ciudad de Guatemala before leaving us at the airport.

This review is the subjective opinion of a TripAdvisor member and not of TripAdvisor LLC
trc09
Houston
8223
Reviewed 6 March 2020
A Gem in Antigua!

We recently spent 6 nights at the El Convento. The overall experience was excellent. The hotel is enchanting. Our suite was lovely. & spacious. The beds were very comfortable & the rain shower was great....lots of hot water.. Wifi worked well. A full breakfast ( included) offered a variety from croissants to eggs & french toast. A fruit plate accompanies the breakfast. We spent some time just reading in the afternoons either by the pool or in the salon, enjoying a glass of wine & the serenity. The staff worked hard to make our stay a memorable one.

Dear Trc09, Thanks for staying with us. We are glad that you enjoyed our beautiful hotel. We hope you can give us the opportuninty to serve you again. Best Regards, Guest Ralations Manager