Before our cruise - Review of Le Meridien Panama

See all 1,307 reviews
Payments made by partners impact the order of prices displayed. Room types may vary.
Nearby Hotels 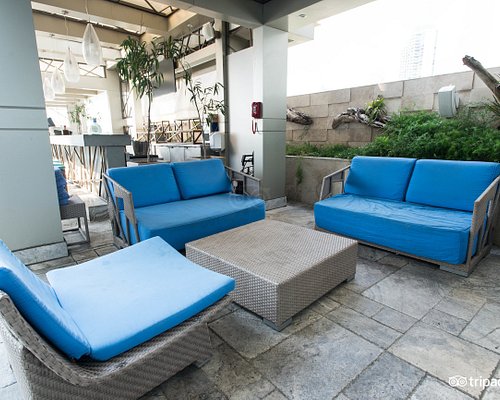 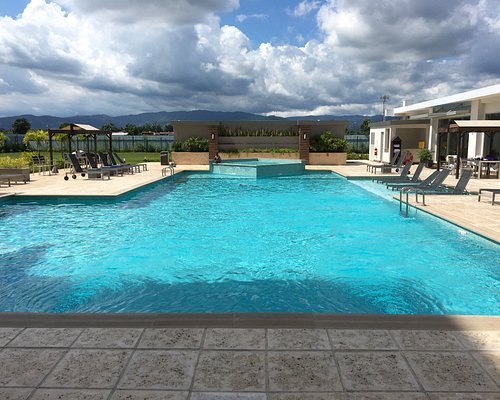 We booked a 3 night stay through Booking.com. When we checked in, the front desk allowed us to add my husband's Marriott platinum number to the reservation. We were upgraded to a beautiful, spacious suite with a view of the bay. The front desk associate, Dahlia, offered additional assistance in terms of an amenity kit (lost bag at airport) and quick service on a dripping air conditioner unit. The concierge service assisted in hiring a skillful driver to take us to Gamboa Rainforest. (Panama traffic is frightening even by NYC standards; we were very glad to have Alexis behind the wheel). The hotel restaurant, Saril, offers a well crafted and diverse menu of beautifully presented dishes. Our server, Samuel, was professional, friendly, and very attentive. We were so happy with our first evening's meal, we decided to eat in this restaurant again another night. We were able to present our compliments to the chef, Alyssa. We enjoyed our experience at Le Meridien and would stay here again.

This review is the subjective opinion of a TripAdvisor member and not of TripAdvisor LLC
Weins1964
Fort Lauderdale, Florida
2
Reviewed 9 March 2020
Worst hotel ever!!

The pictures the have on the website are totally misleading. This is NOT a five star or a four star hotel it’s more like a two star.

When checking they tried charging me again and I had already prepaid the room. If I had not prepaid I was have gone to another hotel! The people were kind, but the service is slow and awful. The place is understaffed and they don't pick up the phone when you call from the room to order something. I expect a five star international hotel to have a professional staff that includes speaking English. The bartender could not make a proper drink, because he didn’t know English. I after two tries and translating it to Spanish I just ordered wine.

Our upgraded room, I am a Gold Status Member, was a second floor ocean/parking lot view over a major thoroughfare and above valet parking. Extremely noise to say the least. We were able to purchase ear plugs at the Pharmacia. Our Deluxe Room, which we original booking, listed the amenities as a separate shower and tub. We didn’t see a tub!

There was no sheet on the bed. I waited in the lobby for 20 minutes to get pool towels and a sheet for the bed which we had to make ourselves. Then the next day housekeeping took the sheet off again and we had to order another sheet.

The place is in need of desperate repairs. And the ice maker does not work. No turndown service or international newspapers.

The photos are leading and it is a six story hotel that sits under a 30+ condo building. The pool is tiny and in the shade and the fitness room is a joke.

Additionally they were doing construction right outside the front door of the hotel which made for noise, a mess, and difficulty getting in and out of the hotel. We also received a notice that our water would be shut off one day.

Let me hit the highlights: Great A/C (Although no A/C on the elevators, 90+ degrees in March), clean rooms, and a smoke free hotel. They were also kind enough to make me a caesar chicken salad, which was very good, before lunch had stated because we had a tour to catch.

The service has been highly qualified and the customer service has been great! A special remark on Jonathan who kindly provide me with all possible treats during my stay! Excellent! I would recommend it for your next visit!

This review is the subjective opinion of a TripAdvisor member and not of TripAdvisor LLC
38latoyak
1
Reviewed 9 March 2020 via mobile
Wonderful staff and chef! Done right!

This hotel and accommodations were excellent and far beyond expectation. We had a special dinner prepared by chef Alyssa and excellent customer service from Alejandro! Can not say enough about how I was surprised with an elegant rooftop dinner! This team is superb!

This review is the subjective opinion of a TripAdvisor member and not of TripAdvisor LLC
IevaLei
Riga, Latvia
175
Reviewed 5 March 2020
Good location

Hotel has a good location, nice and helfull staff and nice breakfast. If you wish to spend some days in city, feel the buzz of Casco Viejo and explore downtown, this hotel is the right choise.