InterContinental Managua at Metrocentro Mall
Lowest prices for your stay
US$195
US$178
View deal
SAVE US$17
Free cancellation until 13/05/21
Reserve now, pay at stay

US$195
US$178
View deal
SAVE US$17
Free cancellation until 13/05/21
Reserve now, pay at stay
eDreamsUS$178
FindHotelUS$195
PricelineUS$178
View all 20 deals
Prices are provided by our partners, and reflect nightly room rates, including all taxes and fees known to our partners. Please see our partners for more details.
Payments made by partners impact the order of prices displayed. Room types may vary.
999lydiet
Hauts-de-France, France
11254

Perfect hotel in Managua well situated. Comfortable room, good service.
Nice place to stay, probably the best in Managua. You’re close to the nicest galleries for shopping, and close to the point of interests in Managua

Review collected in partnership with this hotel
This business uses tools provided by Tripadvisor (or one of its official Review Collection Partners) to encourage and collect guest reviews, including this one.
See all 888 reviews
Payments made by partners impact the order of prices displayed. Room types may vary.
Nearby Hotels 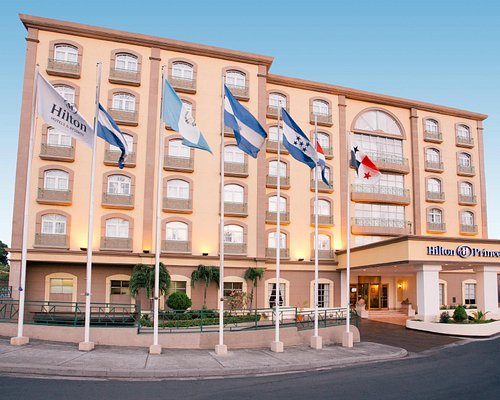 Breakfast included
Hotel Mozonte
US$61
US$31

Hotels.com
View deal
Pay up to 12X
Booking.com
US$45
Expedia.com
US$31
FindHotel
US$61
View all 16 deals from US$31
406 reviews
2.0 km from InterContinental Managua at Metrocentro Mall
We compared the lowest prices from 16 websites 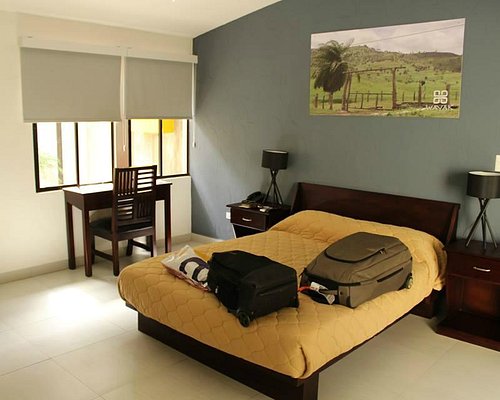 Hotels.com
View deal
Free cancellation
Pay up to 12X
Expedia.com
US$64
CheapTickets
US$64
Travelocity
US$64
View all 12 deals from US$64
89 reviews
2.9 km from InterContinental Managua at Metrocentro Mall
We compared the lowest prices from 12 websites
Breakfast included
Airport X Managua Hotel and 24 Hour Restaurant

Taking safety measures
We compared the lowest prices from 12 websites
Gran Pacifica Beach and Golf Resort
US$322
US$205
Tripadvisor
View deal
Free cancellation
Pay up to 12X
Expedia.com
Hotels.com
US$205
Priceline
US$322
View all 13 deals from US$205
192 reviews
45.2 km from InterContinental Managua at Metrocentro Mall

Hotels.com
View deal
Free cancellation
Pay up to 12X
Expedia.com
US$91
Booking.com
US$82
getaroom.com
US$99
View all 17 deals from US$82
773 reviews
1.7 km from InterContinental Managua at Metrocentro Mall

Hotels.com
View deal
Free cancellation
Reserve now, pay at stay
Priceline
US$98
Booking.com
US$98
eDreams
US$98
View all 13 deals from US$98
492 reviews
3.4 km from InterContinental Managua at Metrocentro Mall

If you are looking for amenities comparable to the U. S., the "Hotel Intercontinental" is for you. This hotel is located right next to the MetroCentro mall. The Metrocentro Mall is a safe place and has many shops and eateries. You will find no shortage of restaurants or cafes since you are located right next to the mall. The Metrocentro mall also has a La Colonia; which is equivalent to a Safeway or similar grocery store in the U. S. The Hotel Intercontinental is a well-known landmark hotel in Managua so you will have no trouble getting around. It'a a beautiful hotel and centrally located. Staff are attending and helpful. If you want to feel comfortable and looking for U. S. style amenities, this place is for you.

Thank you for your review! Our location is definitely one of our biggest advanteges, where you can get around easily and the mall add value to your stay. Our restaurants and outdoor terrace also makes it a special place. Hope to see you all soon.

Report response as inappropriateThank you. We appreciate your input.
This response is the subjective opinion of the management representative and not of TripAdvisor LLC
Mike M
Boca Raton, Florida
2110
Reviewed 1 March 2020 via mobile
Excellent Hotel in Managua

For those staying in Managua and require a safe comfortable place with amenities, then look no further. This place was terrific and would be far more costly in the US. Great rooms, food, and a mall are all available. Consider Duran Tours if you need transportation in Nicaragua.

Thank you for recommending Real Intercontinental Metrocentro, a central located hotel just across a mall. I am contented to hear that you appreciate the high value of our hotel. Indeed, we are located next to Metrocentro Mall, which provides different alternatives for eating, shopping and entertainment. All of our staff is appropriately trained in order to provide the quality service that our clients deserve.
We hope to welcome you so soon in this, your hotel.

Report response as inappropriateThank you. We appreciate your input.
This response is the subjective opinion of the management representative and not of TripAdvisor LLC
ShannonWhite123
Lake Tahoe (California), California
5
Reviewed 20 February 2020
Very accommodating

Very nice place ,great location close to all the great restaurants and bars gave us great ideas for things and places to go to My family and I had a blast , very clean and safe this hotel is one I would recommend to all my family and friends

Thank you so much for your kind words about Real Intercontinental Metrocentro.
I am contented to hear that you appreciate the high value of our hotel. The satisfaction of our guests is our goal and we are trying to reach this by offering excellent service.
We would be delighted to serve you again son.

Report response as inappropriateThank you. We appreciate your input.
This response is the subjective opinion of the management representative and not of TripAdvisor LLC
roslynr727
Los Angeles, California
1733
Reviewed 12 February 2020
Is Hotel Staff Told to Lie to Guests to Gauge Them?

My son wanted to stay at a hotel in Managua with a great pool, so I called this place and asked them if their pool was nice to swim in. I told them I was going to drive all the way there just so my eight-year-old could swim. They assured me he would love their pool. Well ... their pool is the low point of their hotel. The water is too cold to make swimming enjoyable. The pool area is windy. They play dance club music around the pool making it loud and stressful. And then the smokers ... so we switched to the Hilton Princessa which has a fine pool with warm water. The pool at Intercontinental is more a decoration for their pretend night club than an enjoyable place to swim.

I liked the staff at this hotel and found the food to be above average for Nicaragua, especially their house-made ice cream. But while in their restaurant I asked for regular water. The waiter brought me bottled. I said the hotel water was fine. He said that it was only filtered in the rooms and not the restaurant, so I had to buy bottled. I asked for a children's menu. He said the hotel did not have children's menus. In none of your three restaurants? I asked. Nope, he assured me. This was annoying. It was annoying to waste so much food, annoying that they did not have child-sized desserts, and annoying that they did not have child priced entrees.

On my way out I told the front desk they should really have children's menus. They said that they do have children's menus. I asked them if the tap water in their restaurant was good to drink, and they said of course. I told them they have a waiter that lies to guests and they ... couldn't care less. That was a little disturbing. Of course, the front desk lied about the pool to get us to come in the first place, so why would they care if the waiters were lying about other things? Maybe it's hotel policy?

Then the cab driver wanted 180 cords to take me down the block, insisting that it was hotel policy. Sure guy. Sure. I just did this exact route (in reverse) an hour ago. It was 70 cords with my taxi driver from the Hilton.

So, they did a nice refurb in terms of the building. I loved my room! Loved the tub! They still have fine food. Their breakfast waiters were absolutely lovely to my one-year-old. But they are trying to be night-clubby instead of elegant which, well, doesn't do much for me. (If you like to see female employees in tight, short skirts, this is the place!)

The lies though ... super disappointing. Is it really so hard to just be honest?

First please let me apologize for your experience as we have always strive to meet the expectation of our visitors, be assured we will take a serious look into your comments. We will note and review with our team your comment regarding your service experience. Feedback is always welcomed and will definitely help us meet customers expectations.

Hopefully we might have an opportunity to make it up to you as you visit Managua.

Report response as inappropriateThank you. We appreciate your input.
This response is the subjective opinion of the management representative and not of TripAdvisor LLC
Madhulagadapati
1330
Reviewed 8 January 2020
Great location , good hotel

Has a great location across the best shopping mall in Managua. The hotel is well designed with good , clean spacious rooms, great views of the lake from club lounge.
Nice pool and bars , always lively with people and helpful staff.
Spa needs to be improved , with a regular spa and nice rooms.
Will definitely stay here the next time I come

Thanks for choosing to stay with us and sharing your experience! and we are always glad to receive your comments. Our Club Lounge floor counts with exclusive suites, and a customized service, the amenities are also carefully designed to comfort even the most exigent traveler and the lounge is also a meeting place for many of our guests.
Hotel Intercontinental Metrocentro Managua always welcomes you to come back!

Report response as inappropriateThank you. We appreciate your input.
This response is the subjective opinion of the management representative and not of TripAdvisor LLC
View more reviews
PreviousNext
123…148