The worst hotel I’ve ever been to. - Review of Assaraya Guest House

Assaraya Guest House
Lowest prices for your stay
Lock in the lowest price from these sites
US$65
View deal
PricelineUS$65
Agoda.comUS$65
TripadvisorUS$65
Prices are provided by our partners for one room, with variable occupancy rules as provided by the property, and reflect nightly room rates, including all taxes and fees known to our partners. Please see our partners for more details.
Payments made by partners impact the order of prices displayed. Room types may vary.
danaab1601
Ramallah, Palestinian Territories
95

The worst hotel I’ve ever been to.

This hotel is absolutely despicable. We came in to clearly dusty sheets, the tablecloth was used, couches with sesame seeds, and a bathroom door that doesn’t even work well. I went with my three friends as we had a conference in Bethlehem, and we were truly appalled. The kettle was rusty and disgusting, the shower isn’t even normal enough to be called a shower, the sink was so tiny and whenever we’d try to wash our faces, we’d spill water everywhere. The fridge smelled as if a something was dead inside. We had to bring our own soap since theirs made our skin peel off. Then for breakfast, the whole hotel would just stink when it was made. It tasted as bad as it smelled. The only good thing about this hotel was the view, wouldn’t recommend to anyone whatsoever.More

Show less
Trip type: Travelled with friends
See all 22 reviews
Payments made by partners impact the order of prices displayed. Room types may vary.
Nearby Hotels 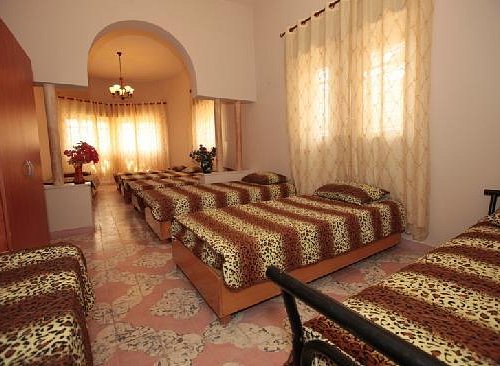 Expedia.com
View deal
Hotels.com
Priceline
US$58
eDreams
View all 9 deals from US$58
101 reviews
1.6 km from Assaraya Guest House
We compared the lowest prices from 9 websites 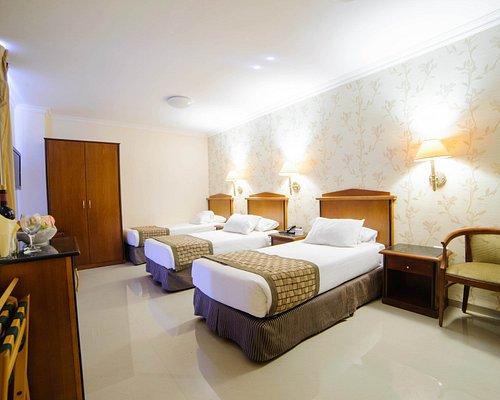 The Hotel is virtually across the street from 'the wall' and the Walled off Hotel and a short walk from the checkpoint. By crossing the checkpoint, there is access to a regular bus service into Jerusalem.
There is a mini supermarket just a couple of hundred metres from the hotel from which all necessitates can be purchased at a reasonable price. There are plenty of shops and food places are within a 20 minute walk from the Hotel.
The Church of the Nativity and other sites are about 30 - 40 mins walk. The walk is pleasant and the area appears to be very safe.
There is a refugee camp 15 minutes walk away
The Hotel itself was clean and the room we were allocated was clean and appeared to be recently decorated. It was air conditioned, had a fridge, microwave and a washing machine. TV's in both the lounge and the bedroom. The bedroom did have a wardrobe.
The toilet and shower were clean and more than adequate.
The lounge had a sofa which we used as a bed for the third person.
The people were very helpful and accommodating.
We did look at the other rooms in the hotel and they did not appeal to us.
Considering this hotel is in a country that is still being held back by the illegal occupiers, It was more than adequate.
The only negatives we found was that the room did not have a window and natural light came through a skylight.
We had booked a room for 3 people so they provided us with an additional mattress. Although adequate, I guess we were expecting something more substantial. Having said that, we used the sofa as a bed and it was fine.
Overall, we were pleased with the location, people and the hotel. It just lacked the finer things.
The wifi was patchy but this is a country that is under siege.
We would definitely stay there again without hesitation

Room tip: There is only one good room
Ask TheXPhantom about Assaraya Guest House
1  Thank TheXPhantom

This review is the subjective opinion of a TripAdvisor member and not of TripAdvisor LLC
MiriamT677
105
Reviewed 22 December 2017
Terrible!

Never again!
The worst room that I ever seen in a hotel (the bathroom was in repair, no wardrobe - and when I wanted to move to another hotel, they refused to return my money for the rest of the period (400 usd lost). The wors experience that I had in a hotel (I traveled all over the world).

This review is the subjective opinion of a TripAdvisor member and not of TripAdvisor LLC
358ninag
London, United Kingdom
12
Reviewed 20 December 2017 via mobile
Beware of credit card fraud!

While my stay was OK, realising that my credit card details had been kept and then being charged a random and unauthorised $40, 8 months AFTER my stay was NOT OK.
Tried emailing the company, no response. I'm currently $40 out of pocket for no reason and have had to get a new card issued.

If you do stay here, pay in cash and do not trust them with your card details. Better yet, find somewhere trustworthy.

This review is the subjective opinion of a TripAdvisor member and not of TripAdvisor LLC
whatsupfl0
London, United Kingdom
1
Reviewed 13 December 2017
Scammers

I booked his hotel and paid upfront, however I had to cancel as I could no longer make it due to Sukkot. Then they charge me again, and Booking.com call them and they say they can't get hold of the accounts department so who knows if I'll get my money back. Absolutely disgrace

My friend and I stayed last week in this hotel and we have to say that it was a great experience. We have never felt so welcome before as when we arrived here. The host gave us a free upgrade to a better room than we had booked. He also gave us extra towels and a plate full of fresh fruits. he showed us the rooftop terrace from where you have a nice view and gave us some nice insider tips about Bethlehem. Our room was very clean, quiet and newly renovated. Thanks again for the great stay! :)

This review is the subjective opinion of a TripAdvisor member and not of TripAdvisor LLC
View more reviews
PreviousNext
12…4
<script type='text/javascript' crossorigin='anonymous' async onerror='__scriptLoadError(this,true);' src='http