Prices are provided by our partners, and reflect nightly room rates, including all taxes and fees known to our partners. Please see our partners for more details.
christinemV672ZD
Florida
550241

We stayed here as our friends have been previously and though its acceptable, which it is for the price it’s a bit tired. We went for the Mayan Ruinas and it is certainly close.
The rooms are large with all you need except they advertised a fridge. Our party had three rooms and no one had a fridge. The hotel provides drinking water, a thermos and a small cooler, there’s also ice. Our room had stream of ants that were particularly interested in my sun lotion. The beds were hard and the pillows lumpy, the shower would have been great but the water pressure was just not there.
The grounds and hotel need a lot of TLC. The white washed walls are covered in black-mold, the pool cushions were sun worn faded and stained. While the foliage was lush a good gardener could bring it back to it’s former glory.
The highlight was breakfast which is included. Our party of seven certainly stretched the staff to the limits but they were ever gracious and tended to our requests. Coffee was good and unlimited, there was a choice of three breakfasts but we ended up mixing and matching with no complaints. We were the only guests for the weekend.More

Show less
See all 5 reviews
Payments made by partners impact the order of prices displayed. Room types may vary.
Nearby Hotels

Hotels.com
View Deal
Free cancellation
Reserve now, pay at stay
Expedia.com
US$40
Travelocity
US$40
Orbitz.com
US$40
View all 6 deals from US$40
109 reviews
0.5 km from Hotel Camino Maya Ciudad Blanca
We compared the lowest prices from 6 websites 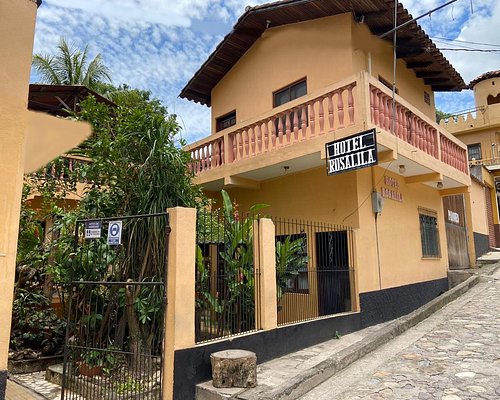