Hotel Brisas de Copan
Lowest prices for your stay
Lock in the lowest price from these sites
US$20
Free cancellation until 13/03/21
Reserve now, pay at stay
View Deal
eDreamsUS$20
Agoda.comUS$20
TripadvisorUS$20
ZenHotels.com
StayForLong
Prices are provided by our partners, and reflect nightly room rates, including all taxes and fees known to our partners. Please see our partners for more details.
Payments made by partners impact the order of prices displayed. Room types may vary.
JFTrumm
San Juan, Puerto Rico
4053

I booked a room in the Berakah (another hotel and hostel in Copan Ruinas) but when I arrived I was informed that my room was in the Brisas (which is also owned by the Berakah group). At no point before I arrived was I told that this was the case. The room was small, gloomy, and while not actually dirty, was definitely well-worn. There is an odd sliding shower door that separates the bathroom from the bedroom which required me to duck under the upper track to enter and exit (something I forgot to do on two occasions in the middle of the night--ouch!). A large chunk of the plastic door had been cracked out of it. The walls in the bathroom had an odd, dingy look (mold? mildew?). The lighting was dim. My room was directly on the street so earplugs were a necessity at night. On the plus side, the WiFi worked well and the staff was very helpful and accommodating.More

Show less
See all 67 reviews
Payments made by partners impact the order of prices displayed. Room types may vary.
Nearby Hotels 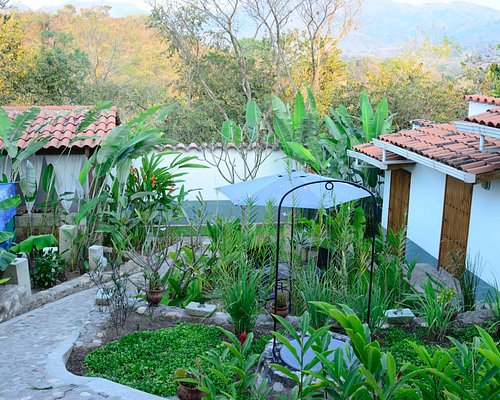 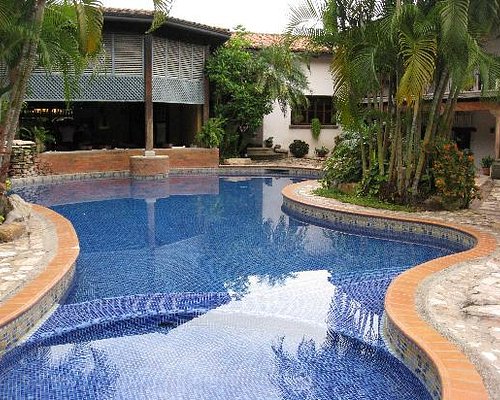 eDreams
View Deal
Booking.com
US$129
Agoda.com
US$129
Tripadvisor
US$129
View all 5 deals from US$129
559 reviews
0.2 km from Hotel Brisas de Copan
We compared the lowest prices from 5 websites 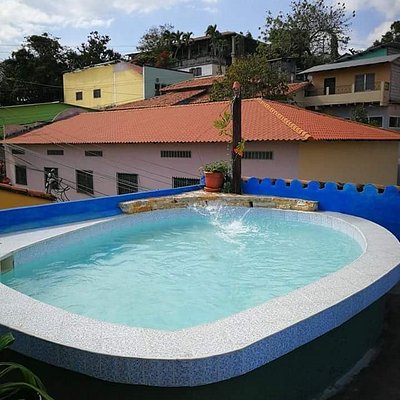 This hotel was a great deal. The manager was very helpful and the accommodations were comfortable. Hot water for showers, purified water to drink, a sitting area in the courtyard. Great hotel for a budget price!

This review is the subjective opinion of a TripAdvisor member and not of TripAdvisor LLC
thomcarey
Timperley, United Kingdom
8726
Reviewed 7 August 2019 via mobile
GAdentures Stay

Lovely little budget hotel with a very friendly host. They provide safe, clean and cold drinking water. The hotel is basic but in a great location just near the the town centre. Lots of cool restaurants and shops nearby.

This review is the subjective opinion of a TripAdvisor member and not of TripAdvisor LLC
aadilawanderlust
Manchester, United Kingdom
82
Reviewed 5 August 2019
No Air conditioner and it was really hot

The place was clean and neat. But it was really hot and there was no air-conditioner and we suffered without it. It was really hot, humid and sweaty at night. The fan didn't really help either. Everything else was fine. It would be nice if this hotel had A/C.

We stayed here 2 nights on a visit to copan ruines last week. We do not have anything positive to say about this place. However here are the things we have to put up with
1. Building work with hammering at 6 something in the morning... Won't let guests sleep in the morning at all. The funny thing is the work stops after sometime and doesn't go on all day. Why can't they do the work later and let people sleep in peace?
2. One of the guys on our tour forget their wallet in the room when checking out. They managed to get the wallet back except the currency in it worth over 200 USD was gone. The cards and other identity documents were all present, just the cash mysteriously vanished. However, they are thankful at least the wallet and cards turned up.
3. General points of note, this place is a bit run down and can use a revamp with decor, furniture and showers...
Will not come back again

This review is the subjective opinion of a TripAdvisor member and not of TripAdvisor LLC
Road2culturedom
London, United Kingdom
19452
Reviewed 7 June 2018
Lovely budget hotel near the centre

We stayed here as part of G Adventures tour. The hotel is conveniently so close to the centre of town so is a perfect base to explore from. It had lovely decor and a nice terrace to sit on.
The rooms are fine, showers are hot and decent pressure..the only thing is our shutters didn’t close properly so we were very visible at night with our lights on!
WiFi works well in the corridors (depending on where your room is)

Overall, a great place to stay for a short stay in Copan.