Small and nice hotel close to the... - Review of Hotel Casa Blanca Inn

US$60
Free cancellation until 06/03/21
View Deal
Expedia.comUS$60
Orbitz.comUS$60
TravelocityUS$60
CheapTicketsUS$60
TripadvisorUS$60
Snaptravel
View all 10 deals
Prices are provided by our partners, and reflect nightly room rates, including all taxes and fees known to our partners. Please see our partners for more details.
Payments made by partners impact the order of prices displayed. Room types may vary.
LauritsM
Fiskarstrand
227

Small and nice hotel close to the AirPort

Me and my family have stayed here several times. Allways combined with early or late flights to and from Guatemala. The hotel is quiet and nice they have several cind of rooms. There is a smal bar and they also serve food.
Staff is nice and servicemined, we arranged that they picked us up at the AirPort.
Recomend it

Trip type: Travelled as a couple
See all 61 reviews
Payments made by partners impact the order of prices displayed. Room types may vary.
Nearby Hotels 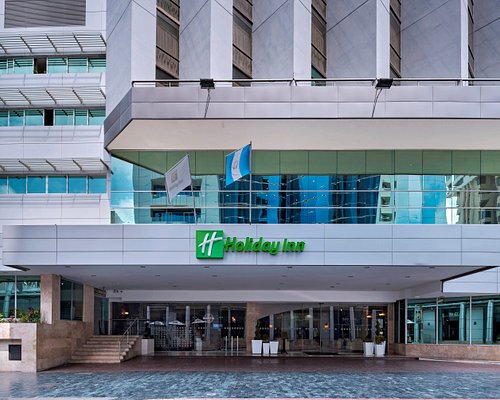 Conquistador Hotel & Conference Center
US$73
Booking.com
View Deal
Free cancellation
Hotels.com
US$73
Expedia.com
US$73
eDreams
US$73
View all 13 deals from US$73
218 reviews
4.3 km from Hotel Casa Blanca Inn
We compared the lowest prices from 13 websites
Adriatika Hotel Boutique
US$101

Slept there twice for one night each. Simple interior, but (very) clean. Friendly and helpful. Would not let us go to the airport after dark, insisted on driving us. The neighborhood seems shady so we took their advice.

Room tip: Simple and close to the airport.
Ask Tobias A about Hotel Casa Blanca Inn
Thank Tobias A

This review is the subjective opinion of a TripAdvisor member and not of TripAdvisor LLC
jw2626
Medellin, Colombia
3221
Reviewed 13 March 2017
Clean and close to the airport

Great inexpensive spot close to GUA. Free shuttle gets you to and from in 5 minutes. Room is basic but wifi good, TV good and bed comfy. Breakfast included but I left too early. I liked the place as it fit my need for a short overnight. Friendly staff - Monica is helpful. Not much English spoken but its okay. I recommend.

This review is the subjective opinion of a TripAdvisor member and not of TripAdvisor LLC
ccm1319
Hyattsville, Maryland
5244
Reviewed 2 March 2017
Okay for short stay....

Located in a "gated community" which is common in Guatemala City because a lot of the city is unsafe. It is basically a residential area in house that is converted to a bed/breakfast. Guards with "big" guns are at the Iron gate at the street entrance. Room had a small fridge which served as a minibar of sorts, shower and tv. Paid $60 for night which included breakfast which was okay. Nice small garden in the back and a small bar available with reasonable prices. Staff was pleasant and a few spoke a little English. I was on my way to San Pedro the next day so it worked for the short stay.

This review is the subjective opinion of a TripAdvisor member and not of TripAdvisor LLC
Basanth S
Matlock, United Kingdom
9276
Reviewed 26 February 2017
Poor, Concerned only about money

I was very disappointed by the services of Hotel Casa Blanca Inn. To start off, the check in process was very cumbersome, and they seemed to be not expecting me even though I had confirmed my stay with them multiple times. Furthermore, I had arranged for the hotel to give me a city tour the next day and when I tried to confirm about it with them, they seemed to have no idea what was going on.
The room was mediocre, and had no air conditioning or hot water. Wifi worked fine.
I paid for this booking via credit card on booking.com and my card statement showed the fee as charged. However, after departing, I received a series of angry emails and Whatsapps (Yes, they go so far as to harass you on Whatsapp) claiming that I had not paid. This was in spite of the fact that I had my printed pre-paid confirmation on booking.com and which was acknowledged by the hotel upon my arrival.
It is clear that the hotel puts customer satisfaction secondary to their business needs and as such, should not be recommended by any means.

This review is the subjective opinion of a TripAdvisor member and not of TripAdvisor LLC
Tim W
Battle Creek, Michigan
16843
Reviewed 14 January 2017 via mobile
Beware Casa Blanca #2

First, we stayed here on a mission trip. I think they may operate two places because on the way out we stayed at #2 (not the one pictured-- the food was bad and the rooms were dirty)

The one pictured here, which maybe operated separately was ok. Rooms were clean. Some rooms have air conditioners (only a few) so it was hot and stuffy. Our bathroom was across the hall. The breakfast was ok -- not up to food elsewhere but adequate. It is in a gated area -- so for a short, safe stay it was perfect.