Academic Hostel
Academic Hostel
Lowest prices for your stay
Lock in the lowest price from these sites
US$43
Free cancellation until 07/11/21
Reserve now, pay at stay
View deal
PricelineUS$43
eDreamsUS$43
Agoda.comUS$43
StayForLong
ZenHotels.com
Prices are provided by our partners for one room, with variable occupancy rules as provided by the property, and reflect nightly room rates, including all taxes and fees known to our partners. Please see our partners for more details.
Payments made by partners impact the order of prices displayed. Room types may vary.
adil808
1

Academic Hostel “is nothing else but the insult of the term “Academic”. I had moved for a few months as a Ph.D. research student to the Endla 4 hostel, but I found it the worst place for living. There is no privacy, no respect, no rules. You can face drunk, screaming people all night even in weekdays that can destroy your dream and peace of mind. The strange thing was when I complained about a serious issue to the management, they simply wrote me back that “Endla 4” hostel is for chill and students are free to enjoy their life. The management had offered me another room in the other building near campus with conditions that I will stay in the two-seater room and will pay for both seats. I had made a request that I am unable to pay for both seats and want a shared room but they didn't accept. I had accepted the offer then, as I was in trouble. The staff was also not helpful, even, upon my leaving they made the wrong calculation almost three times But fortunately, I had made my own calculation and finally made them clear. It was the worst experience; I will never recommend this place if you are serious in the study and want to stay for a long time.More

Show less
Trip type: Travelled with friends
See all 30 reviews
Payments made by partners impact the order of prices displayed. Room types may vary.
Nearby Hotels 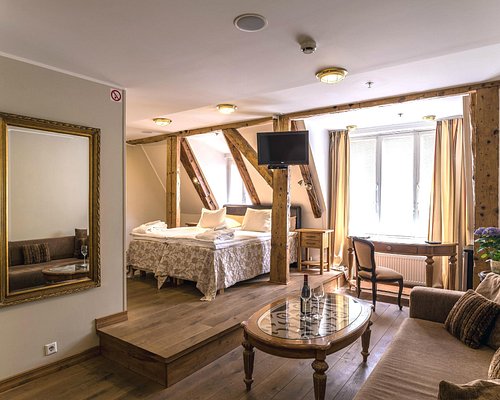 Breakfast included
Sponsored
Hotel CRU
US$88
Booking.com
View deal
Free cancellation
Expedia.com
US$87
FindHotel
US$78
Trip.com
US$93
View all 14 deals from US$78
437 reviews
We compared the lowest prices from 14 websites 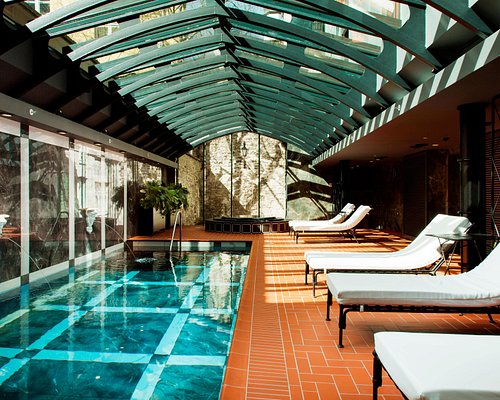 Taking safety measures
We compared the lowest prices from 17 websites
Hilton Tallinn Park
US$133
US$107
Booking.com
View deal
Free cancellation
Tripadvisor
US$107
eDreams
Lol.travel
US$133
View all 18 deals from US$107
1,288 reviews
7.2 km from Academic Hostel

It was perfect for us, everything we needed was there.
We were visiting family members and needed place to sleep and get clean.
Staff was very helpful.
Low price.
Clean rooms.
Good showers.
Will use it again.

This review is the subjective opinion of a Tripadvisor member and not of TripAdvisor LLC.
Delphine7461
Prague, Czech Republic
106
Reviewed 27 July 2016
Quiet, private and a bargain

A great place to stay if you're going to be in town for more than a couple days as there's a shared kitchen and refrigerator, so you can make breakfast or other meals if you're on a budget!

It's two separate double rooms with a good sized kitchen and bathroom and toilet. We had the whole suite to ourselves, so that was really nice.

While it's not in the center, trolleybus #3 is just across the street and takes about 20 minutes to the center. Staff was friendly and helpful and there's free Wi-Fi.

Transport passes are cheap; €3 for 24 hours, €5 for 3 days and €6 for 5 days. That's unlimited on all surface transport and will get you to all the attractions around the city, including the beach.

I'd highly recommend this hostel

This review is the subjective opinion of a Tripadvisor member and not of TripAdvisor LLC.
SingleVisitorInApril
Istanbul, Turkey
61
Reviewed 27 December 2015 via mobile
A palace among hostels.

I had lectures in TUT in Erasmus content, and selected Academic Hostel based on some recommondation. I was an amazing experience. I have met several different people in the (24 hours active) lobby on different times; all of them were soooo nice. The design of the rooms were just perfect: each neighbor 2 rooms shared a facility that contains kitchen, bath, and a toilet (towels, refrigerator, all the kitchen tools...) ; which were locked, and could be opened only by the resident of thosr teo rooms; hence still private only to them. Moreover, if you were even luckier enough (like me), your next door might be uniccupied, and you could use the whole facility alone. Interior design of the rooms and facility area were also perfect, new, and soooo clean. When i wanted to go to the city center, i used Trolley # 3 that passes by the bus stop almost in front of the hostel; and o la la: i was in the city center after 15 minutes, i only needed to pay 1 Euro 60 cents to the driver for the ticket; no hassle. It is not fair to name the facility as a hostel; it shall be called as a palace indeed. :-))

This review is the subjective opinion of a Tripadvisor member and not of TripAdvisor LLC.
Rastoke
Zagreb, Croatia
5322
Reviewed 20 November 2014 via mobile
Dorm experience

Stayed there for a couple of nights with a friend. She was studying on nearby collage. The hostel is full of young people. Lots of parties going on but after midnight you can sleep nicely. Rooms are nice and big but I shared mine with 3 roommates. Bathroom is small but OK. The hotel is a bit far from the city. That is the worse thing.

This review is the subjective opinion of a Tripadvisor member and not of TripAdvisor LLC.
LynPaus
Vancouver, Canada
4312
Reviewed 17 September 2014
A dorm converted to a hostel .. inexpensive .. no weekend breakfast

Two bedrooms off of a shared kitchen. The WC is in a separate room from the sink so take some hand sanitizer to leave in the WC so you can touch the door knobs (leaving WC and entering shower). It is impossible to have a shower without making the entire shower room floor wet and this can be problematic for those who wander in after using the WC etc.

Our linens were clean but friends had hair all over theirs so inspect, inspect, inspect. The shared kitchen has a fridge and a microwave and kettle. The rooms are very hot in July and the light shades do not keep the very early morning rays out.

Reception was helpful. Breakfasts at the nearby university were only available weekdays which left us scrambling on the weekends and there is nothing nearby. Be prepared with in room food.