Was okay for a couple of nights, but.. - Review of Mahtra Hostel

US$42
View deal
Free cancellation until 26/05/22
eDreamsUS$42
Agoda.comUS$42
StayForLong
View all 9 deals
Payments made by partners impact the order of prices displayed. Room types may vary.
Prices are provided by our partners for one room, with variable occupancy rules as provided by the property, and reflect nightly room rates, including all taxes and fees known to our partners. Please see our partners for more details.
CelinaRot
Hamburg, Germany
21

Was okay for a couple of nights, but..

Noone in this hostel speaks proper English. The ladies at the reception kept talking Estonian even though we tried to tell them we didn't understand a word they said.
Hostel looked terrible from the outside, the neighborhood is a little messy and spooky. Inside it was very dark and not cozy at all. There was a weird mannequin at the floor which was frkn creepy. Kitchen didn't look clean and had nothing in it (knives, forks etc were given out by the ladies at the reception).
The room itself was nice(two bed room). Simple, a working TV with a few English channels, clean and nice looking bathroom.
We didn't try the breakfast.
The hostel is round about half an hour from the city center. There are a couple of busses which go there.
If I came back to Tallinn, I wouldn't stay in this hostel again. I'd prefer to pay a little more money to stay at a place which is closer to the city center and where the staff speaks English.More

Show less
Trip type: Travelled as a couple
See all 14 reviews
Payments made by partners impact the order of prices displayed. Room types may vary.
Nearby Hotels 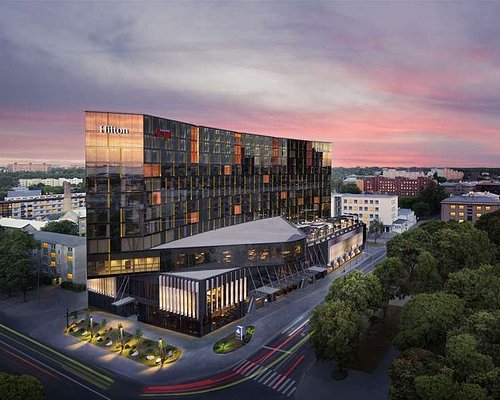 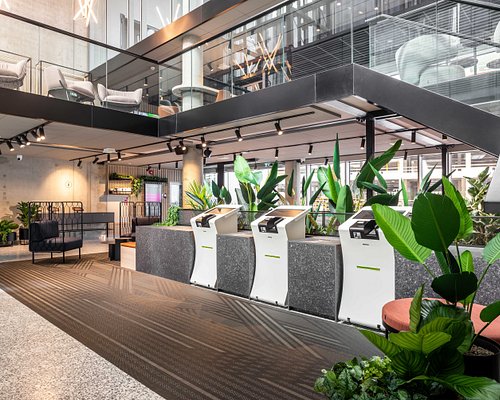 Expedia.com
View deal
Free cancellation
Reserve now, pay at stay
Booking.com
US$52
Priceline
US$52
Hotels.com
US$52
View all 12 deals from US$52
17 reviews
6.8 km from Mahtra Hostel Expedia.com
View deal
Free cancellation
Pay up to 12X
Booking.com
US$61
Priceline
US$61
Hurb
US$73
View all 10 deals from US$61
0 reviews
6.5 km from Mahtra Hostel
We compared the lowest prices from 10 websites
Breakfast included
Hestia Hotel Seaport
US$69

Expedia.com
View deal
Pay up to 12X
Booking.com
US$63
Agoda.com
US$58
Priceline
US$69
View all 15 deals from US$58
516 reviews
6.3 km from Mahtra Hostel
We compared the lowest prices from 15 websites
Breakfast included
Metropol Hotel
US$46

Expedia.com
View deal
Pay up to 12X
Booking.com
US$46
Agoda.com
US$39
Priceline
US$50
View all 14 deals from US$39
1,254 reviews
6.9 km from Mahtra Hostel
We compared the lowest prices from 14 websites
Sponsored
ibis Tallinn Center
US$67

Taking safety measures
Metropol Spa Hotel
US$64
Booking.com
View deal
Expedia.com
US$58
Agoda.com
US$56
ZenHotels.com
US$66
View all 15 deals from US$56
615 reviews
6.9 km from Mahtra Hostel
We compared the lowest prices from 15 websites
Breakfast included
Oru Hub Hotel
US$77

A really simple hostel, the reception knew some English and Russian, the first impression was sketchy but the rooms were rather freshly renovated, we got a double room, it had a small TV with cable and nice bathroom. The fridge was just outside the room and it was shared with the neighboring room. Since we only stayed the night after the concert, this was a perfect fit. There are several shopping mall nearby and also you can take the bus towards the center.

Room tip: Rooms with a window on entrance side has the morning sun, harder to sleep in summer.
Ask MaGrra about Mahtra Hostel
Thank MaGrra

This review is the subjective opinion of a Tripadvisor member and not of TripAdvisor LLC.
Mark B
115
Reviewed 2 January 2015
Good size room, Smelled of smoke

Rooms were good size, but smelled of smoke. Wifi was available, but reception was spotty. Best Wifi was in the hall or in the lobby. Close to the bus line, 30 minute ride to old town. Breakfast was very good, Laundry was available for 7 euro. (wash, dry and fold) Stayed 3 nights.

Ask Mark B about Mahtra Hostel
1  Thank Mark B

This review is the subjective opinion of a Tripadvisor member and not of TripAdvisor LLC.
Srhh94
Swansea, United Kingdom
11
Reviewed 28 September 2013
You get what you pay for

I stayed here for a week and considering how cheap it was, you get what you pay for. However, the hostel does not enforce their no smoking policy as there was a clear smell of smoke from the room next to us but nothing was done about it. I was woken up a lot by the loud noise of people talking/laughing/banging in rooms opposite and there was no way that the receptionist could not hear it but again nothing was done about it. I don't recommend paying extra for their transfer service because a taxi from the airport is much cheaper.

The towels provided had a funny smell to them which I cannot describe but it's not pleasant. The hostel had the same smell too but because I was there for a week I gradually stopped noticing it. The wooden floor wasn't as clean as it should be and the rug needed a clean too as there was fur on it.

The shower/bath and toilet are separate rooms which is very handy considering that you could need the toilet while someone is showering but the room where the toilet is was very small and I barely fit in it. You had to either use the sink in the shower room next door or in your own room in order to wash your hands which I didn't like so much because I don't like the idea of touching door handles with dirty hands. The shower was fine but one morning they must have had trouble with the hot water because the water was so cold it was almost painful to wash my hair.

The room itself was lovely and looked nothing like the pictures provided, it's a shame that the hostel hasn't taken the time to update their website and pictures. It was bright and spacious and I really liked it, despite the area looking rather 'rough' and at times I didn't feel all that safe. There is a supermarket nearby which takes around 5 minutes to get to so that was very convenient, there was also a shopping centre with a fast food restaurant 5 minutes more down the road.

The receptionists were friendly and had a good level of English which I understood clearly, which is always a plus. However, they really need to teach their cleaners how to smile because if looks could kill I wouldn't be typing this right now...

I would go again despite everything because it's within my tight budget as a student (I paid around £170 for a week including the fees and charges from my bank) and plan to again next year.

This review is the subjective opinion of a Tripadvisor member and not of TripAdvisor LLC.
ycnex
Scunthorpe, UK
6988
Reviewed 23 February 2013 via mobile
Not great but not unbearable

Stayed here for one night only as part of a large group.

Booked online and took proof but was told there was no record of our reservation. Took over half an hour arguing to check in! Turns out they were trying to get more money out of us.

Beds ok as are rooms for the price, but rooms stink of cigarettes, toilet is so small your knees touch the door and the bedding is paper thin.

Ok for a night only to get a flight home the next day but nothing more!

This review is the subjective opinion of a Tripadvisor member and not of TripAdvisor LLC.
kulmalukko
Jyvaskyla, Finland
7999
Reviewed 23 June 2009
Cheap, own kitchen

We spent one night in Mahtra at August 2008. Double room cost only 400 eek/night (about 25 euro). This hostel is located in Lasnamäe district, about 6 kilometers from Tallinna heart. From the Tallinn Centrum the buss number 35 goes for Mahtra Hostel.

In our room was own kitchen, where were microwave, fridge, small table, two chairs. electric water boiler and TV. That's much compared with the low room price.

The bathroom and WC was shared with two other rooms. Water from the shower flowed with bad pressure.