Quiet and Quaint Vacation on a... - Review of French Leave Resort, Autograph Collection

US$977
US$785
View deal
SAVE US$192
PricelineUS$833
AutographUS$878
Booking.comUS$977
View all 16 deals
Prices are provided by our partners, and reflect nightly room rates, including all taxes and fees known to our partners. Please see our partners for more details.
Payments made by partners impact the order of prices displayed. Room types may vary.
kylenacker
Victoria, Minnesota
2934

Quiet and Quaint Vacation on a Breathtaking Beach

Show less
Room tip: We were in Villa 8. It was best because it was central and had a great view. It is labeled at partial ocean view bit you have the full view.
See all 221 reviews
Payments made by partners impact the order of prices displayed. Room types may vary.
Nearby Hotels 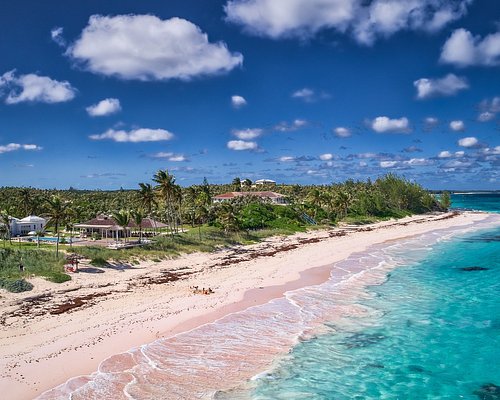 Hotels.com
View deal
Pay up to 12X
StayForLong
US$389
Tripadvisor
US$378
Priceline
View all 5 deals from US$378
65 reviews
We compared the lowest prices from 5 websites Expedia.com
View deal
Pay up to 12X
Booking.com
US$247
eDreams
US$247
FindHotel
US$271
View all 14 deals from US$245
190 reviews
2.1 km from French Leave Resort, Autograph Collection
We compared the lowest prices from 14 websites

Hotels.com
View deal
Pay up to 12X
StayForLong
US$389
Tripadvisor
US$378
Priceline
View all 5 deals from US$378
65 reviews
7.2 km from French Leave Resort, Autograph Collection
We compared the lowest prices from 5 websites
Pineapple Fields Resort
US$263

Expedia.com
View deal
Pay up to 12X
FindHotel
US$145
Trip.com
US$142
Hotels.com
US$142
View all 13 deals from US$142
100 reviews
8.7 km from French Leave Resort, Autograph Collection
We compared the lowest prices from 13 websites
Buttonwood Reserve Condominiums

We fell in love with Eleuthera and French leave two years ago and made it back to find the same beautiful place we remembered. Majority of the staff is the same and even remembered us from our previous stay. The General Manager Chuck always went above and beyond the call of duty, and his staff is still the best in the Caribbean.

We upgraded to an ocean front villa this time and con honestly say it’s well worth it. The restaurant is still fantastic.

The staff makes this small hotel so special. The beach is still amazing. I’ve traveled all over the Caribbean and nothing compares. And you don’t have to share it. We still only saw 10 people on the busiest day. Often we were alone. French leave resort and beach are as close to absolute paradise if you want a romantic, intimate, stunning setting with little to know distractions on a quiet stretch of pink sand.

If you are willing to go on a little bit of an adventure to get to Eleuthera you will not be disappointed in French Leave Resort.

This review is the subjective opinion of a TripAdvisor member and not of TripAdvisor LLC
Charisma242
Pullman, Washington
1
Reviewed 12 September 2019
Great Place to Stay for vacation!!!

This resort was the best place I’ve ever stayed in. There was a problem with our booking on their end and they went to extreme measures to make sure that me and my family were comfortable at all times. The staff was very friendly and helpful. My whole experience was so wonderful and I would definitely recommend others to check out this resort!

The resort was also overlooking the beautiful ocean and had complimentary golf carts to drive down to the beach! It was so wonderful and I will be back!

This review is the subjective opinion of a TripAdvisor member and not of TripAdvisor LLC
Jarry24
42
Reviewed 5 September 2019
Best Honeymoon Ever!

My Wife & I stayed her for 7 wonderful nights in September last year and it was amazing. This Resort is one of a kind. As a Lifetime Titanium(former Platinum Premiere) member, I have stayed at many Marriott owned Beach front properties(Aruba Marriott S.C,Ritz G.C.,Waillea Beach Resort, Scrub Island Resort, etc., and this is now by far my favorite!!!

From the moment we arrived we were treated like Family. Shamario gave us a tour of the property and brought us to our Villa where a bottle of Wine with a note congratulating us was awaiting. Just first class.

All the rooms are private Villas that are modern with a Caribbean beach vibe and breathtaking views. Our was perfect. Having your own golf cart to get around the property is great especially going to The French Leave private beach(amazing).

The food was outstanding at 1648. We ate here almost every day, either breakfast, lunch, or dinner. Pool service for lunch and private beach service all top notch. The Conch fritters and Lobster Benedict for breakfast is a must.

The Island itself is amazing so do rent a car and explore. You will find amazing beaches, Rainbow Cay was our 2nd Cay from French Leave. Nigel was awesome helping set that up. The Friday Fish Fry is a must do.

Special thanks to Chuck Donnelly and his team who really went above and beyond to make our Honeymoon perfect. Also special shout out to Shamario, Nigel, Don at Breakfast, Britnay(Britini!), Rashid, Diana, and of course Chuck.

Cant wait to be back to celebrate our Anniversary!

This review is the subjective opinion of a TripAdvisor member and not of TripAdvisor LLC
847gianlucac
Monza, Italy
1740
Reviewed 25 August 2019 via mobile
Superb

Perfect in everything. We had an amazing stay at the French Leave. The resort is small, quiet and cozy, with only 20 villas. The villas, just built, are really charming, with a great ocean view. Each has a balcony, the bigger one has a pool. Bathroom is big and very comfortable. The bigger villas have a kitchen.
The infinity pool is really nice with a breathtaking view.
There is a well required gym.
The restaurant is very nice with a great view and delicious food. Have the Conch for sure, or the lobster spaghetti.
You will be given a golf cart to get to the French Leave beach, the most beautiful of the island, just cross the road, on the Atlantic side. The trip is 3 minutes.
The beach is breathtaking, with pink sand. It must be at least a kilometer long, if not more. Totally unspoiled, no development.
But the personnel will put an umbrella and beach chairs for your.
Finally, everybody is really nice, welcoming and forthcoming.
Chuck, the manager, Kismit and Justin, to just name a few, are super.
Ideal for couples on a romantic escape, or small families willing to tour the island north to south.
Just need to book now.

This review is the subjective opinion of a TripAdvisor member and not of TripAdvisor LLC
Josh H
Raleigh, North Carolina
24
Reviewed 20 August 2019
A wonderful experience

Overall we thoroughly enjoyed our time at the French Leave Resort. The property was beautiful and the staff was great. Eleuthera is not for everyone, but we really enjoyed it and are glad that we chose to go there for a long weekend.

Property - The property is gorgeous. The villas are well finished and even though we were not on the first row, we still had a wonderful view of the ocean. The restaurant was very good and was relatively quick with room service. While the prices are high ($20 drinks, $20 pizzas, etc.), they are in line with the prices on the rest of the island and much like what you would find in places like Hawaii. The food was of great quality and the drinks were very good. The pool is awesome. Having your own golf cart was also great and necessary. The beach was absolutely gorgeous.

Staff - The staff was awesome. They were quick to fulfill requests. They were always friendly and active in ensuring our needs were met. Nigel was great; as were Ricardo and the other staff members.

Pros - It was a very enjoyable experience. The property never felt crowded, in fact most of the time you wouldn't even know anyone else was there even though they were at or near full capacity. Ice and water service was a necessity and they fulfilled all requests promptly. The restaurant is great but I would definitely recommend going out as well (Da Perk, Buccaneers, Tippy's, etc.). The beach was perfect and there were like 10 people at most on the beach at any given time.

Cons - We went during off season so a lot of the restaurants in "town" were closed, so options were limited. The bugs were rampant at times, but I only had to apply bug spray a handful of times. The roads on Eleuthera could use some work, but as long as you are paying attention to what you are doing, you should be good.

Tips:
Go to the liquor store to get some libations for your room (the one outside ELH seemed to have the best prices, but if you forget there are two in town, with a decent selection)
Bring bugs spray and/or wipes (Deet is your friend)
Rent a SUV and go explore
We didn't have enough time, but our friends rented a charter near Spanish Wells and enjoyed it. Also, we didn't get down there buy many people told us we had to take a day and visit Lighthouse Beach. Apparently it is beyond gorgeous and time is running out to see it in its natural state before Disney ruins it by spreading Mickey's empire.
Bring some bread or vegetables to French Leave Beach to feed the Angel Fish that will swarm you whether or not you have food. But watch uncovered nipples...they apparently believe they are food (although they can't really hurt you)
Make sure you turn off all the lights in your room and the light outside the door before you leave the room. At night the moths are bad and they will swarm inside your room when you open the door if you leave the lights on.

Overall it was a wonderful experience and we look forward to returning in the future.