We really enjoyed our time here. The staff and owner made us feel very welkom. The room is clean and nice. There is a beautiful garden and the place looks great with all the wood. You can eat and drink in the restaurant or coffeeshop. They have free bycicles tot use. The nice center is nearby. If you come to Banrai, we would really recommend this place.

Trip type: Travelled with family
See all 12 reviews
Payments made by partners impact the order of prices displayed. Room types may vary.
Nearby Hotels 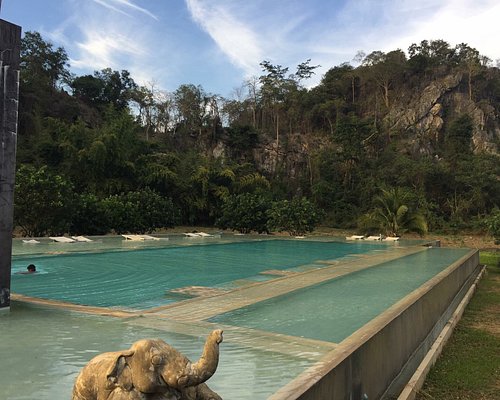 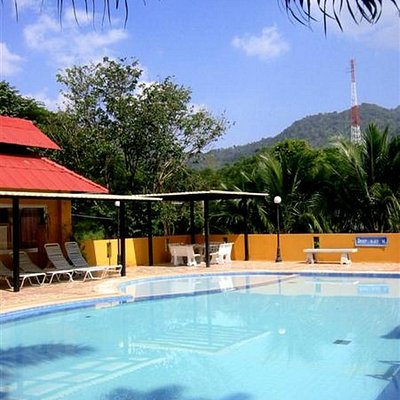 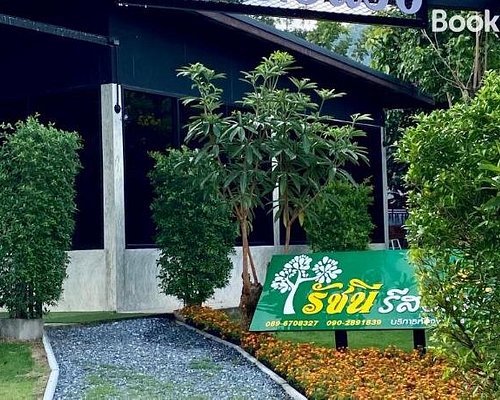 Friendly staff but hardly to find where to checkin was. We stay in the room above the place where the breakfast take place.

The room is big and give a view to the garden. Clean but need some refresh mend Its also smell a little muff when you enter the room and the bed had his best time not bad for a sleep but you start to feel what is inside (springs).

Breakfast is only coffee or chocolate and toast with marmalade & butter for the rest you can order a American breakfast ore Rice soep for a extra cost.

Room tip: All the rooms facing the garden what is nice to have.
Ask lucw252 about Ban Suan Resort
Thank lucw252

This review is the subjective opinion of a TripAdvisor member and not of TripAdvisor LLC
AmmieP99
Bangkok, Thailand
246
Reviewed 25 December 2015
Don't be fooled by the website's photos

Had to wait for such a long time at the reception upon the check-in. It turned out that the receptionist was busying cleaning the resort's WC before she finally came to serve us and led us to the room. During the time she led us to the room, someone called her on her mobile and she just left talking mid-air on her phone and didn't come back to finish her introduction of the hotel ground and facilities. Upon opening the room, we were a bit disappointed by its rather dilapidated condition. In fact, it's a little bit odd that in the first place that the resort was situated just right behind the petrol's and car fixing station. And yes, their laundry room is also located in the same area, so at least you can see where they dry your towels, bed sheet, blanket and stuffs...
Talking about towel, awful is an understatement. Apart from being old and worn-out, there were stains everywhere on the cloth. Try fluttering it and you can see brown dust flying from it for eternity. At first, i was trying to figure out what the brown dust could be. Later, upon glancing and touching something in the bathroom, my closest assumption would be... the toilet rug.
Also, the shower and toilet areas are not separated so there's no dry/wet area. The water runs inconsistently - both shower and wash basin. Besides, since the there's a pond located behind the hotel ground, sitting under the starlit sky at night on the room's corridor was out of question if you do not wish to sacrifice yourself to an army of blood-thirsty mosquitoes.
The hotel breakfast is nothing fancy - just bread, or toast if you prefer, with artificial jam/marmalade and margarine. It also comes with instant coffee but remember that they are non-renewable resources - if you get up and come down too late (9.15 a.m.), chances are that they are all gone including hot water.

This review is the subjective opinion of a TripAdvisor member and not of TripAdvisor LLC
ricknuff
Palm Springs, California
2737
Reviewed 16 December 2014
Very Nice

This review is the subjective opinion of a TripAdvisor member and not of TripAdvisor LLC
Elenakaminker
Giv'atayim, Israel
83
Reviewed 27 July 2014 via mobile
Beautiful place

Beautiful place! Good value per money! Standard rooms, but all around looks very very nice! Great service! I'm recommend to come for this resort! I think return to this place in the next visit of this province in Thailand! ))))))))))))))))