We only stayed one night. Close to the Cliffs of Moher. Great location, on site parking. Breakfast was wonderful and filling. Hostess was wonderful, excellent customer service. Room was clean and cozy. Walking distance to a few pubs/restaurants (we really liked Fitzpatrick's). I would definitely stay here again and would recommend this place to anyone.

See all 76 reviews
Payments made by partners impact the order of prices displayed. Room types may vary.
Nearby Hotels 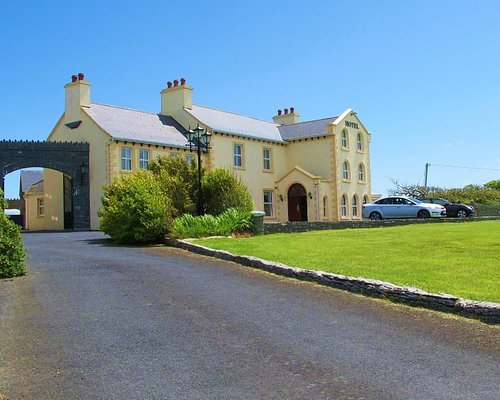 Quiet location, but close to everything. Easy walk to pubs and the beginning of the Cliffs trail (avoid the tour buses and expensive parking). Close to the Aran Islands ferry (we walked that, too). Hostess was wonderful. Breakfast was fantastic.

This review is the subjective opinion of a Tripadvisor member and not of TripAdvisor LLC.
Raili C
Dublin, Ireland
5323
Reviewed 17 April 2018
Overnight stay

One of the nicest B&Bs I have stayed in in Ireland. Downstairs room separated by half wall - ideal to share with friends / family members. The cottage is in the centre of the village and the room is beautifully decorated. Carol is always so welcoming and can't do enough for you. Breakfast so good and filling, coffee excellent. Always a pleasure to stay with Carol and have been doing so over 10 years.

Report response as inappropriateThank you. We appreciate your input.
This response is the subjective opinion of the management representative and not of TripAdvisor LLC
mikes658
dunedin
249
Reviewed 1 December 2017
only a bed and breakfast

The room was very clean and the house is in beautiful taste. The breakfast was very nice. The location is in the center of the village. So all around a good option. You should be aware that this is the type of B and B where you cannot use the common areas except during breakfast. So if it rains, it is drive/walk in the rain, stay in your room or go to the pub!

This review is the subjective opinion of a Tripadvisor member and not of TripAdvisor LLC.
rachyb522
Tralee, Ireland
812
Reviewed 7 October 2017
Dissapointing stay! Limited check in times, early check out and average service!

Myself and 3 friends stayed here last weekend with the purpose of going to the Lisdoonvarna Matchmaking Festival. The rooms were basic but clean, there was decent Wi-Fi and parking at the property. This review is more about the lack of service received. When we booked the rooms we were sent an e-mail saying check in was only between 5pm and 7pm which is pretty restricted and check out the following morning was 10.30am ( the check out information was not included in the email). As we were reliant on google maps we did take one or two wrong turns on the way , meaning we arrived a little later than the specified time but we did call Carol to let her know and we were there by 7.30pm. The hostess was pretty abrupt telling us instantly to be quiet as there were people sleeping in the room across from us due to a long day horse riding - at 7.30pm! We had to decide on the spot what time and what exactly we wanted for breakfast the next morning as she would have to have it cooked and she needed to know then, which is again very unusual. We asked her if she would have a taxi number to which she replied no, don't bother going to Lisdoonvarna, stay local. She was, from the onset very unhelpful. The following morning we decided not to have breakfast which we made sure to tell her in plenty of time before anything was cooked. The general atmosphere was she couldn't wait to get rid of us. Obviously we went to Doolin ( which looked beautiful) for a night out. We were 4 girls who booked 2 rooms and we enjoyed ourselves but we weren't rowdy, noisy or disrespectful so it have been nice to receive the same level of respect from the host. As we weren't even checked out properly one of our group accidentally left with a room key, which she has since posted back to the property. I think this host should outline the type of guest she requires at the booking point as I would appear she would have been happier of we were on an activity weekend and not a social night out!

This review is the subjective opinion of a Tripadvisor member and not of TripAdvisor LLC.
Eleanor V
1815
Reviewed 22 September 2017 via mobile
Great hospitality!

Stayed here 21/9/17 for a wedding in hotel doolin. Have to say from get go hospitality was excellent. Friendly welcome and shown to our room. Room was spotless ensuite perfect for our needs. Bed really comfy. Very quiet despite being close to other b&b. Just 3 mins walk from hotel we were attending wedding at. Breakfast next morning was cereal and full Irish but there was plenty choice. Hostess was friendly and chatty made us very welcome. Good food great nights rest excellent value for money. Would highly recommend. Thanks Carol for a great stay.

This review is the subjective opinion of a Tripadvisor member and not of TripAdvisor LLC.
View more reviews
PreviousNext
123…
<script type='text/javascript' crossorigin='anonymous' async onerror='__scriptLoadError(this,true);' src='https://static.tacdn.com/assets/assets/38xM