We booked this site based on recommendations..it didn't disapoint. Site is well run..the owners and staff are lovely. The toilets are spotless and showers are clean and water always hot. Kids playground is adequate also. We went as a group of 2 families and we were all very happy. The cove is a short walk away and is beautiful. Tramore town is a short distance by car...there is so much to do in area...beautiful coast drives too. All in all a great base and we will most definitely return. More

Glad you enjoyed your stay.
Thank you for your review and hope to see you again soon.

Report response as inappropriateThank you. We appreciate your input.
This response is the subjective opinion of the management representative and not of TripAdvisor LLC
See all 90 reviews
Payments made by partners impact the order of prices displayed. Room types may vary.
Nearby Hotels 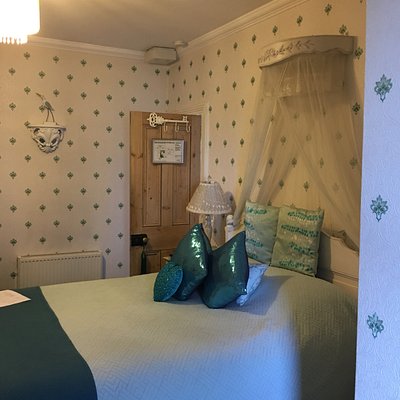 Didnt know what to expect as had never properly camped but it lived up to expectations and more. Very clean grounds, very clean toilets. Playground for the kids. 10 minutes walk to the cove, 5 minutes drive to Tramore town, 10 minutes drive to Waterford town. Only thing ill say is the site needs more bins around it & showers are €1 for 5 minutes of hot water for a shower which is not enough to wash shampoo out of long hair. But overall brilliant will defo be back

Thank you for your review and feedback, we are glad you enjoyed your first time camping with us. .
It is part of our environmental policy to keep all our bins in a single location near reception, this is to encourage the use of the recycling facilities that we provide.
Hope to see you again soon.

Report response as inappropriateThank you. We appreciate your input.
This response is the subjective opinion of the management representative and not of TripAdvisor LLC
davy_w1981
Belfast, United Kingdom
3526
Reviewed 1 August 2016 via mobile
Well run and very clean

Stayed here for 4 nights in a tent with wife and son over the bank holiday weekend in August. The place was very busy but the campsite is well run, well maintained and spotlessly clean. The staff are a credit to the management here. Toilets and shower block cleaned numerous times everyday.
Owner cycles round the site several times at night ensuring telling users to keep chat and noise to a minimum. Facilities all as described and within comfortable walking distance to the cove. Recommend a dive off the cove before leaving!!.

Will definitely be back. Tramore is such a lovely friendly place plus we got good dry weather.

Thank you for your description and review of our park. We are glad enjoyed your visit to Tramore and look forward to seeing you in the near future.

Report response as inappropriateThank you. We appreciate your input.
This response is the subjective opinion of the management representative and not of TripAdvisor LLC
Badhca D
98
Reviewed 1 August 2016
Great service

We needed to be in Waterford to pick something up, a last minute trip. With the bank holiday and Spraoi festival we knew finding a place to stay was going to be a challenge. Lucky for us, there was one spot left in Newtown Cove! The people at reception were very friendly, clear and helpful. The site & facilities were very clean & well maintained. With the full site it can be a bit crowded but there is an understanding of 'no noise' after 11. We had a good nights sleep.

Thank you for visiting us and we are glad you enjoyed your stay. Hopefully we will see you again in the near future.

Report response as inappropriateThank you. We appreciate your input.
This response is the subjective opinion of the management representative and not of TripAdvisor LLC
ammoDublin
dublin
1924
Reviewed 1 August 2016
A bit of a squeeze

Stayed for 2 nights camping the Aug bank holiday and as you would expect the site was full, but felt quite cramped. The site has lots of caravans and mobiles and small allocation for tents. The positives are its very clean and well run, toilets in particular were spotless. Also its location beside Newtown Cove has to be its biggest selling point - its stunning and by far the best swimming site I've ever been to in Ireland, situated over two coves one has a diving board. The site lacks space for kids to play, ours struggled to find space to kick a ball, there is a small playground and fenced off basketball net both ok maybe for small kids but not for pre-teens / teens. There is a TV room and games room - again both looked ok. My biggest gripe was the lights on the site we were positioned under one of the lights which lit up our tent like a Christmas tree and made it very difficult to sleep. Brought it up with owner he couldn't do much about it said he was looking into getting filters for it - if you're going avoid pitch 23 ! Also campers kitchen has fridges freezer etc but no kettle / microwave (these would be included in other sites kitchens).

Thank you for your fair an honest review. We appreciate your feed back so we can continue to make improvements for all our customers.
The bright light that you were camping near is being looked at and we expect to be able to take measurers to improve this immediately.
We also had the idea that it would be good to provide a kettle and toaster in the campers kitchen this year but found that some additional electrical work must be done first. I expect to have them in place by next summer.
We hope you will visit us again to see our continued progress.

Report response as inappropriateThank you. We appreciate your input.
This response is the subjective opinion of the management representative and not of TripAdvisor LLC
Rachel M
4
Reviewed 29 July 2016 via mobile
Camping

Stayed here with my daughter at beginning of the month for a weeks camping. Really nice camp site, very clean. Was really surprised how nice a quite it was especially at night. Loved it! Will definitely be back.

Thank you for your review. We look forward to seeing you in the near future.

Report response as inappropriateThank you. We appreciate your input.
This response is the subjective opinion of the management representative and not of TripAdvisor LLC
View more reviews
PreviousNext
1…8910…15
<sc