Wow ! We just keep coming back with the... - Review of Eclipse Centre Holiday Homes & Activity Centre

Wow ! We just keep coming back with the kids & each time they don't wont to leave!

Congratulations to Athos and his team for entertaining our children, Isabelle 10, Rachel 8 and Freya 4.
- The Horse Riding
- Raft Building
- Archery
- Team Building Course
- Fishing
- Barbeques
As you know this is our second year coming and as far as our children are concerned it just gets better.

See all 138 reviews
Payments made by partners impact the order of prices displayed. Room types may vary.
Nearby Hotels 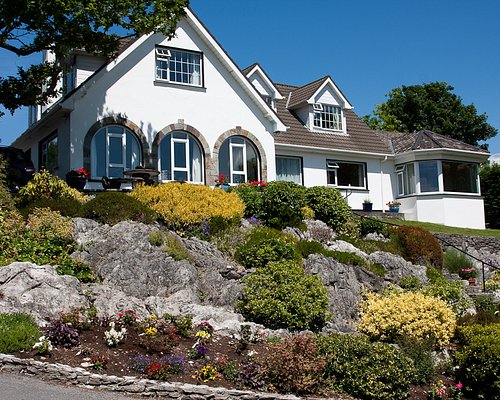 A huge thank you to Athos, Anita and the rest of the crew for an amazing afternoon at the Eclipse centre. I was in charge of organising my sister's hen party, but once I'd called Eclipse, everything settled in to place. We all (20 of us) had a FANTASTIC time. With ages ranging from late 20s to mid 60s, there was something for everyone. Archery, teambuilding, horse riding and of course the spa. In a word - heaven!

This review is the subjective opinion of a TripAdvisor member and not of TripAdvisor LLC
yanie19
Wexford, Ireland
1
Reviewed 8 August 2010
SO BRILLIANT!

The Sheridan mob descended on the folk at Eclipse for what was to be a week.....12 days later we went home! The kids and the grown-ups had such a wonderful, relaxing, full on, fun time we didn't want to go home! Such a great bunch of people who were just bursting with enthusiasm for life and fun that it was just contagious. Will be back again and again..... Thanks! :-)

This review is the subjective opinion of a TripAdvisor member and not of TripAdvisor LLC
fun91
Wexford, Ireland
51
Reviewed 7 August 2010
The ideal 'get away from it all' holiday in a stunning location with loads to do without your car.

Two sisters with six children ( all cousins, five of them teenagers) - a challenge on holidays? Well the Eclipse Centre is the ideal solution. Athos, Anita, family and staff ensured that we all had loads of fun without having to move the car from outside the house. The quad surfing was voted the best activity by the group - we actually had lovely weather so there was no mud involved but we have been told that wet conditions add to the fun factor! We also really enjoyed the cycling on lovely quiet roads. The house was lovely - spacious, very clean and had two bathrooms (helpful when you have teenagers). We look forward to a return visit.

This review is the subjective opinion of a TripAdvisor member and not of TripAdvisor LLC
Roisin09
Dublin
312
Reviewed 27 July 2010
It's the only place our lads have ever been on holidays that they asked: "when can we come back".

I came across the Eclipse Equestrian & Activity Centre while I was searching for somewhere to holiday in Ireland for a week in July. I wanted to find a place that had activities that might suit our two teenage boys. Also, we wanted to bring our 3 dogs along with us too. A tall order, but the Eclipse came up trumps.

From the moment we arrived, the owners, Athos and Anita made us feel so welcome. We were concerned that our dogs would bark and create a nuisance for our neighbours, if the dogs stayed in the kennel and run provided for them in the back garden of our holiday home. When we said this to Athos, he immediately showed us a secure shed and large fenced off area in another part of the grounds that worked out perfectly as a base for the dogs. At the time this shed and fenced off area were home to Athos’s Family's turkey! Athos told us that the turkey had been planned for the Christmas dinner but had managed to survive as he preferred lamb! Anyway, the sight of Athos tucking the turkey under his arm to bring it to another location for the week still makes me crack up laughing!

There was a summer camp at the Eclipse during our stay. We planned for the boys to attend on maybe one or two days. They went to camp on the Monday and loved it so much they ended up going for the whole week. We were amazed, as they don't usually get involved in on-site activities much when we stay in camp sites in France etc. There was so much for them to do at the Eclipse- trekking with the horses in the mornings, raft building, archery, orienteering etc. The boys had heard about the quad surfing from other teenagers who were on their third or fourth stay at the Centre, so they couldn't wait to give it a go. Athos, who has a great sense of humour by the way, apparently likes to wait for the wettest, muckiest day to do the quad surfing which happened to be Wednesday when we were there. It was one of the highlights of the week for the boys.

Athos was also very keen to know what the boys' interests were. When we mentioned football, he included it in the camp activities. Also, in the evenings, our lads would go outside to kick the ball around and it wasn't long before kids of all ages staying in the other holiday homes materialised for a game. That kept them all entertained.

We, un-expectantly, ended up having Monday to Friday daytimes to ourselves. We toured around the Ring of Kerry, visited Muckross House & Gardens and enjoyed some of the other wonderful places to visit in the area. Then in the evenings we all had loads to talk about over dinner, as we weren't 'stuck with' each other all day. After a week, we felt we were only scratching the surface of all that there is to do here.

The five holiday homes at the Eclipse are set in a nice horseshoe-shaped terrace. They are modern, well equipped, tastefully decorated and spotlessly clean. The rooms are spacious and bright with lovely large windows in the kitchen/diner and in the living room. There were two bathrooms - one upstairs and one downstairs - consisting of shower cubicle, sink and toilet which was very handy.

The complex is set in a really beautiful location with its own lake and with the river running alongside. We saw some people fishing at the lake. I can’t say if they caught anything, but the setting was really quiet and peaceful, so I’m sure they enjoyed the experience.

The nearest town is Kenmare which has an abundance of pubs doing bar food and some award-winning restaurants. A number of the pubs had live music nightly here too. The nearest village is Sneem which also had some nice places to eat and live music. Both are a drive away but worth visiting.

Within walking distance of the Eclipse is the Blackwater Tavern. This is a very friendly local which looked like it had just been completely modernised and redecorated to a very high standard. It still managed to maintain a nice atmosphere. The owner was really friendly and even came out to say hello when we sat outside on one of the days (in the sun!!) for a beer with our 3 dogs in tow, after we had been out for a long day's hike in the local vicinity. On Friday nights it hosts live music from about 10.30pm onwards. On the night we were there, there was a large group of locals in attendance who were up dancing and having the craic from the time the band got started. The Blackwater Tavern also has a shop and newsagents attached, so you can pick up any essentials you might need until late at night.

I'm probably leaving out loads of things I could recommend about the Eclipse, but one thing I would finally like to mention is that Athos, Anita and their staff have such a great sense of humour and are really generous with their time. They are totally professional but still manage to make you feel a part of everything during your stay with them.

This review is the subjective opinion of a TripAdvisor member and not of TripAdvisor LLC
Leanav4
Cork
11
Reviewed 29 June 2010
Horse Owners, Horse Lovers, Adventure Seekers or just Peace & Quiet - Eclipse Is the Place for You!!!!

I've always searched for an equestrian holiday where I could bring my own horse and not pay a small mortgage for the privilege! Well I've finally found it!!!!!!!! Myself and my boyfriend packed up the jeep and horsebox and off we went to Eclipse for a weeks' stay. When booking, I had been slightly sceptical that it would be all 'families' and not a place for couples, but on arrival I knew from the beginning we were going to have an absolute ball...
The house was top class, just as in the photo’s…. extremely well equipped with plenty of daylight and spacious rooms.

Anita and Athos are the nicest people I've met and they made sure that we felt right at home and had as much or as little involvement in the activities as we liked. Judy is one of the smartest yet kindest horsewomen and she is an amazing teacher. Princess absolutely loved it there!!!
It was great to wake up every morning and wander over to the stables where there is a stunning backdrop of the gorgeous Kerry mountains, and watch the sun come up while the horses were happily grazing in the paddocks.
The onsite trek is a great chance to escape the usual road hacking and there are plenty opportunities to get a canter or gallop going. The arena is great for schooling and I even managed to fit in some jumping practise as well.
If that isn’t challenging enough, try asking Athos for a map of the local area and do a 4-5hr mixed road and trail ride! I packed my saddlebags and away we went……….

Back at the centre you have to try the famous Quad surfing… challenging and a good test of balance. I took a particular liking to the Archery - Athos is a very good (and patient) instructor and by the end I was hitting balloons with my arrows and beating John (my boyfriend). Even though my arm muscles were a little sore the first day (so unfit!) I couldn't wait to get a second session in before leaving!! Unreal..

After a long day of adventure on the centre it was great to book an hour in the spa and enjoy the Sauna, Steamroom and the beautiful Arctic Hot-tub!!! This is just a pure treat for any tired legs or muscles and there are changing facilities available at the spa too.

Even this long essay type review doesn't do the place justice – you have to experience it for yourself… but based on my stay I can HIGHLY RECOMMEND Eclipse as one of the best Irish holidays and as Arnold Swarzenegger would say… I’ll Be Back!!!! …. xx