US$216
View deal
Free cancellation until 27/06/21
Booking.comUS$216
eDreamsUS$216
TravelocityUS$216
View all 12 deals
Prices are provided by our partners, and reflect nightly room rates, including all taxes and fees known to our partners. Please see our partners for more details.
Payments made by partners impact the order of prices displayed. Room types may vary.
Paul J R
London, United Kingdom
3615

Opens just at the weekend , special of the day , lovely small bar restaurant by lance aux epines cottages right on the beach so you can tie your boat up and come and eat . Good parking if you are coming by carMore

Thank you for your review, I'm glad you enjoyed Sand Bar. NOTE: We open during the week from noon until sunset Tuesday to Sunday.

Report response as inappropriateThank you. We appreciate your input.
This response is the subjective opinion of the management representative and not of TripAdvisor LLC
See all 228 reviews
Payments made by partners impact the order of prices displayed. Room types may vary.
Nearby Hotels All Inclusive
Calabash Luxury Boutique Hotel
US$595
Tripadvisor
View deal
Free cancellation
Pay up to 12X
Hotels.com
Expedia.com
US$595
Booking.com
US$595
View all 16 deals from US$595
921 reviews
0.2 km from Lance Aux Epines Cottages 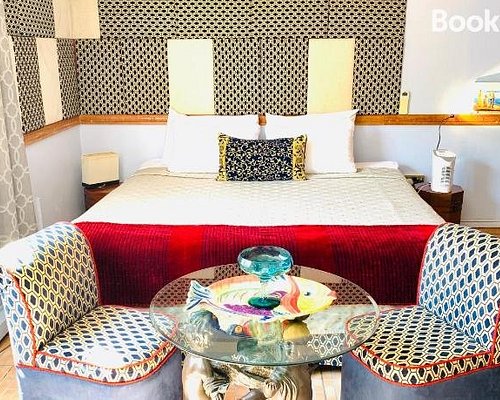 Travelocity
View deal
Hotels.com
ZenHotels.com
US$198
Expedia.com
US$230
View all 14 deals from US$198
947 reviews
1.1 km from Lance Aux Epines Cottages

A group of us friends stayed at the cottage for Carnival. The cottage had a spacious open concept living area with a fully functional kitchen and it was kept clean daily by the friendly housemaid. With the ideal location right on the beach, and great customer service from the manager and the lovely ladies by the bar, I'd definitely revisit and recommend Lance Aux Epines cottages. There are a number of restaurants close to the cottage as well.

Thank you for the review.

It was a pleasure having you and your friends with us while visiting Grenada for Carnival. We are happy that you have enjoyed your stay and to know you found the cottage to be comfortable, spacious and well equipped.

We hope to have you all with us again!

Report response as inappropriateThank you. We appreciate your input.
This response is the subjective opinion of the management representative and not of TripAdvisor LLC
Holbrook A
South Carolina
31
Reviewed 10 August 2018 via mobile
Wonderful Time

We truly enjoyed LAE cottages! We stayed at Hummingbird Cottage in June and for the majority of the week were the only ones there since it was low season. We LOVED it. Phillip at the sandbar made the most delicious grilled tuna and the rum punch was the best ever! Our sweet housekeeper cooked a wonderful Grenadian dinner for us (stewed lambi with peas and rice and plantains) and it was waiting when we returned from exploring. There are good restaurants close by and the marina down the road has a butcher shop as well as bands on Friday night with dancing. We also used the paddle boards and kayaks. It was heaven on earth and we will return!!!

Thank you for leaving us a review.

We are delighted to hear that you have enjoyed your stay with us in June. It is one of our slower months in the year and I am sure it felt like having the entire property to yourself.

It is wonderful to hear that you enjoyed your meals and the rum punch at the beach bar "Sand Bar". Phillip is very passionate about preparing meals and that definitely reflects on the customer's culinary experience. We will be sure to pass on your compliments to him.

We are happy you have enjoyed the meal the housekeeper have prepared and the use of the water sports.

Prickley Bay Marina is indeed a good option for Friday nights with the lovely steel-pan music and live band.

We do hope to have you with us again sometime in the near future.

Report response as inappropriateThank you. We appreciate your input.
This response is the subjective opinion of the management representative and not of TripAdvisor LLC
Pocono5
Cresco, Pennsylvania
2213
Reviewed 31 July 2018 via mobile
Very disappointed

Traveling as a family of five, we left Mount Cinnamon after having a wonderful 8 day stay and headed to Lance Aux Pines - not so well maintained cottages on the beach. We were disappointed in the cottages, which were very dated and had issues with the plumbing. The toilets backed up several times during our stay. We had to contact management and the maintenance men were sent to come work on them. The problem was never resolved and on the last night of our stay, the toilets in the children’s room flooded and we could not get in touch with the manager. It was after hours when he finally called us back, and he suggested we put towels down on the floor so the water wouldn’t run into the bedroom! We were appalled! We will not be returning to Lance Aux Pines cottages. We actually wished we had spent the entire vacation at Mount Cinnamon, instead of just the first 8 days. We would not recommend these cottages.

Dear Pocono5, I'm very sorry that you were disappointed with your stay and I apologise for the issues you had. Your post is very similar to a review on Expedia in March of this year and I'm guessing you are the same family that stayed in Sandpiper Cottage July/August 2017.. Unfortunately at that time there were some serious issues with the plumbing in that cottage. We fixed those problems last year and I'm posting a copy of my response to your original review on Expedia:

"I am so sorry that: a) These issues affected your stay with us and b) That these plumbing problems were not handled properly by the Management and maintenance department. I am presently looking into the situation and will take the steps necessary to ensure that something like this is handled correctly in the future..." Yours sincerely, -Tim Brathwaite, General Manager

Report response as inappropriateThank you. We appreciate your input.
This response is the subjective opinion of the management representative and not of TripAdvisor LLC
FiestyFF
Reading, United Kingdom
122
Reviewed 21 July 2018 via mobile
Fantastic Grenadian location and hospitality

From the initial enquiry to the last day of departure, Thaneia did her utmost to ensure everything went smoothly.

The lovely Chico (thank you for the mangoes and the shops!!) collected us from the airport and from there our holiday was a guaranteed success.

The cottage was lovely and clean, kept so by the daily housemaid. The location is idyllic being right on the beach. The air conditioning in the bedroom was a much needed relief from the outdoor heat as well as from the heat of the well equipped kitchen and comfortable and spacious living area.

A big thank you to Tim and all the staff for being so engaging and particularly to Phillip for coming to our rescue with the BBQ!

I would definitely recommend to family and friends and look forward to my return trip.

Thank you for the wonderful review.

It was my pleasure to assist you with whatever you needed and lovely meeting and having you and your family with us in July.

We are glad you enjoyed your time here and found the cottage to be comfortable and spacious.

We will be sure to pass on your compliments to Chico, Phillip and the rest of the team.

It will be great to have you with us again!


Report response as inappropriateThank you. We appreciate your input.
This response is the subjective opinion of the management representative and not of TripAdvisor LLC
Althea B
61
Reviewed 27 June 2018 via mobile
Mrs.

My family and I spent a wonderful weekend between a cottage and an apartment. Loved the beach bar and somewhat secluded beach. Peaceful location and you are surrounded by lush gardens. Hammocks etc.encouraged outside living!We celebrated our Dad's 94th birthday.Highly recommend their chocolate cake!Friendly staff and enjoyed their games room...pool table,table tennis and t.v. for those who are satisfied with available wifii.Only regret we did not have time to try having a local meal prepared in our cottage by one of the hoel chefs. Maybe next time.
Tour the island with Keith Alexanderof K.&J Tours!Lanse aux Epines...Home away from Home

Thank you so much for leaving us a review.

We are happy that you have enjoyed your stay with us and the use of the TV/ Games room and the beach bar.

We do hope you will get the opportunity to try one of the staff's delicious dishes on a return visit to Lance Aux Epines Cottages. We will be sure to save you a slice of chocolate cake at the beach bar! :-)

Report response as inappropriateThank you. We appreciate your input.
This response is the subjective opinion of the management representative and not of TripAdvisor LLC
View more reviews
PreviousNext
1…101112…