US$45
US$42
View deal
Reserve now, pay at stay
Agoda.comUS$45
FindHotelUS$45
EtripUS$45
View all 9 deals
Payments made by partners impact the order of prices displayed. Room types may vary.
Prices are provided by our partners, and reflect nightly room rates, including all taxes and fees known to our partners. Please see our partners for more details.
sleepybexhill
Bexhill-on-Sea, United Kingdom
1430638

Close to the autoroute and an easy walk to Auchan hypermarket and restaurants. The place itself is standard Formule 1 with rooms sleeping three and separate self-cleaning toilets and showers. You get a washbasin in the room. Basic, but great value for money if all you want is a good night's sleep. Air conditioning and free wifi. Very secure parking behind security gates.

Trip type: Travelled as a couple
See all 64 reviews
Payments made by partners impact the order of prices displayed. Room types may vary.
Nearby Hotels 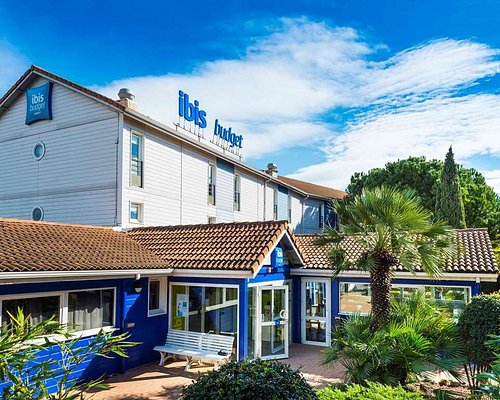 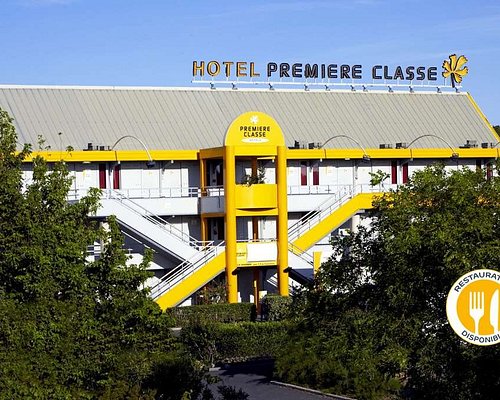 Zenitude Hotel-Residences Beziers Centre
US$65
Booking.com
View deal
Reserve now, pay at stay
Expedia.com
US$62
Destinia.com
US$56
Priceline
US$59
View all 16 deals from US$56
298 reviews
2.1 km from hotelF1 Beziers est

Hotels.com
View deal
Booking.com
US$53
Agoda.com
US$48
Traveluro
US$65
View all 16 deals from US$48
168 reviews
4.0 km from hotelF1 Beziers est
We compared the lowest prices from 16 websites
Ibis Budget Beziers Centre Palais Congres
US$51

Expedia.com
View deal
Free cancellation
Pay up to 12X
ibis Budget
US$49
Booking.com
US$51
Priceline
US$49
View all 15 deals from US$49
346 reviews
2.2 km from hotelF1 Beziers est
We compared the lowest prices from 15 websites
Ibis Budget Beziers Est La Giniesse
US$54
US$51

This is a very Basic Hotel, Similar to Travel Lodge in UK but in my opinion streaks better. Rooms are clean and comfortable although a tad small and toilets and showers are on the landing however if you are bunny hopping across france they are excellent value at €35 per night. There is also a Buffalo Grill opposite so no problem with food see other review

This review is the subjective opinion of a Tripadvisor member and not of TripAdvisor LLC.
RonA_Plymouth
Plymouth, United Kingdom
806439
Reviewed 14 October 2014
Suited the need

This is excellent for a road stop, friendly staff, secure parking for vehicles, and seemed very clean and comfortable to me. The rooms are small but perfectly formed, had a great nights sleep as it was relatively quite. It is not on-suite but the shower rooms and wc's are very clean and the shower has a very good flow, would recommend.
Warning do not use lat/long coordinates supplied by the accor group as they are completely wrong and will take you to a winery 25 km south of this hotel! I will be contacting them to correct.

This review is the subjective opinion of a Tripadvisor member and not of TripAdvisor LLC.
bertietheblue
Newton Abbot, Devon, UK
27
Reviewed 17 May 2011
Ideal budget hotel

I stayed here for 4 nights with my 10 year-old son - the trip was his birthday present so wanted to keep things fairly cheap. I thought that for the price the hotel was a bargain. Why?

1. Location - the hotel's located on one of the main road arteries into Beziers, amidst new build retail stores, so if you want to wake up to nice views forget it. However, the hotel is set away from the main road so it's quiet, and the location is ideal if you want to explore - go right out of the car park and you're in the centre of Beziers in 2-3 minutes, go left - well, no ,don't! Go right to the roundabout and then left back on yourself and in no time you're on to the motorway going east to Montpellier or north upto the Massif Central. Also, the hotel is just a few minutes from the local Ryanair-served airport and the beaches of the Med. Oh, and an added bonus: you're just a few hundred yards from a Geant Casino where at the time of writing they are selling the cheapest fuel (EUR127 for a litre of diesel ('gazole') - you'll need a car if you're going to stay here, and I strongly advise renting a diesel car as unleaded petrol is much more expensive (i think it was EUR144 at the same petrol station). Also, next door to the hotel is a Buffalo Grill restaurant. It looks like an American diner but appears to be very popular with the locals
2. Bedrooms - Our room had a double bed, with a single bunk bed running perpendicularly above. Beds aside, the entire contents of the room were very basic: a flat screen TV above a corner table, with chair; a fan; a sizeable washbasin and mirror with a couple of largish face towels; and some non-removable hangers attached to a bar hanging below the bunk bed; plus bedding of course. What else? An ashtray, a window blind. That's it! They have body-wash gel in the end-of-corridor showers, but otherwise you will need to supply all your own toiletries, plus your own bathroom towel unless you're happy to get by with the face towel. The bedroom can only be described as pokey - I banged my head twice and I'm only 1.70m - but it was very clean and the bed was comfortable. One thing I did find slightly annoying was that you could either switch on the main light, which lit up the bedframe but was too bright if you wanted to relax on the bed and, say, read, or switch on the small table light above the table, but this wasn't bright enough to read on the bed.
3. Showers/Toilets - the 2 floors are laid out in a cross shape - four short corridors leading to the shared showers and separate toilets at the centre. These rooms are basically pods, factory made out of moulded plastic - like you get in a lot of Japanese bathrooms. They were basic, clean - the whole hotel was very clean. The shower was powerful, but it did suddenly change to very hot on one occasion and had my son who was under it in tears.
4. Price - EUR33 per night, plus EUR3.90 if you want breakfast (basic but worth it - pay on the spot if you want). I don't think you'll find a better bargain anywhere nearby.
5. Safety - I felt very safe. You access the bedroom, secure car park and, late at night, the hotel itself by tapping in a 6 digit code
6. Staff - the hotel is run by a couple but the whole customer-facing side seemed to be run by the husband who was very friendly and helpful.

So overall then, I wouldn't recommend this hotel if there are any more than 2 people - the rooms are too small - or if you cannot tolerate shared toilets/showers. But if you're alone or a couple on a budget, I think it's a great deal, especially if you want a base to explore the area rather than a hotel to lounge around in and to enjoy the view from the window.