Pianeta Benessere
Lowest prices for your stay
US$44
View deal

US$44
View deal
Free cancellation until 21/05/21
Reserve now, pay at stay
PricelineUS$44
eDreamsUS$44
Agoda.comUS$44
View all 13 deals
Prices are provided by our partners, and reflect nightly room rates, including all taxes and fees known to our partners. Please see our partners for more details.
Payments made by partners impact the order of prices displayed. Room types may vary.
AmirCaus
Sarajevo, Bosnia and Herzegovina
239123

This was our second stay at this accommodation. In order to make it easier to find accommodation, I recommend that you drag the coordinates of the object. The accommodation is agro-tourism type in a nice location. The interior is elegant. The hosts are more than kind. breakfast is free. Wifi connection is not great.

See all 51 reviews
Payments made by partners impact the order of prices displayed. Room types may vary.
Nearby Hotels 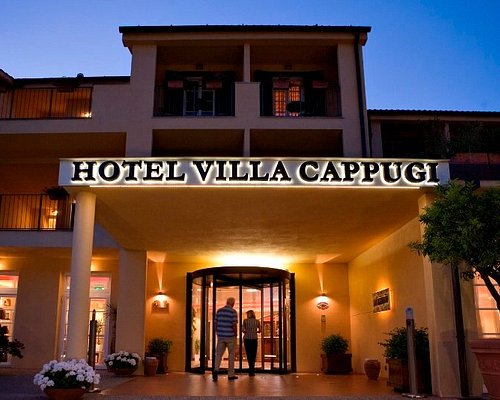 Hotel Villa Cappugi
US$89
Booking.com
View deal
Free cancellation
Reserve now, pay at stay
Hotels.com
US$80
FindHotel
US$63
Priceline
US$89
View all 16 deals from US$63
886 reviews
4.7 km from Pianeta Benessere
We compared the lowest prices from 16 websites 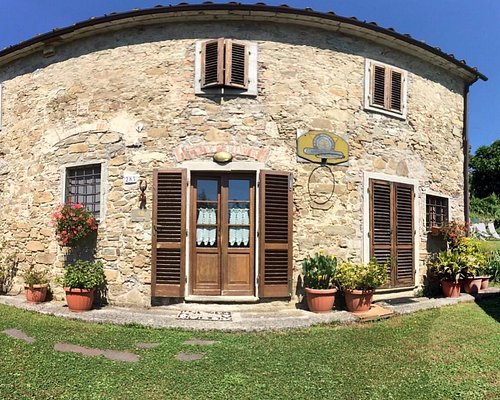 Breakfast included
B&B Campomaggio
US$73
US$66

Taking safety measures
We compared the lowest prices from 9 websites 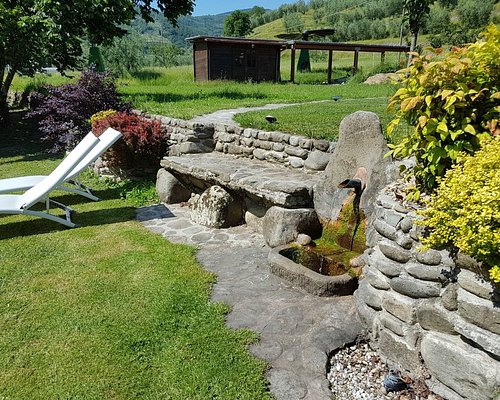 Agriturismo Terrarossa
US$73
Booking.com
View deal
Free cancellation
Reserve now, pay at stay
Priceline
US$73
eDreams
US$73
Agoda.com
US$73
View all 6 deals from US$73
40 reviews
4.2 km from Pianeta Benessere
We compared the lowest prices from 6 websites
Borgo Antico Casalbosco

Taking safety measures
We compared the lowest prices from 14 websites
Agriturismo Amedea
US$131
US$119
Booking.com
View deal
Hotels.com
US$131
Expedia.com
US$131
Priceline
US$119
View all 13 deals from US$119
123 reviews
7.2 km from Pianeta Benessere

We stayed for 12 days in pianeta! We were disappointed from beginning to end.

We arrived and saw the private parking was a place across the road in the field. We parked in the shadow but were asked for no reason to move the car to full sun. The hostess greeted us coldly and fake friendly. We brought bikes and had to put them against the wall of the house (sworks and time road bikes), so also unsheltered from the elements. Crap! The hostess asked to pay immediately,… we hadn’t even seen the room yet… . It was already clear there would be no communication possible since the hosting family doesn’t understand anything other than Italian and made it clear to not even try in another language. So we felt we had to pay immediately.

Other reasons why the place sucked.
-there was no airconditioning, only an old ventilator, sleeping was almost impossible at night in plus 30 ° temperature.
-12 days of breakfast with bad instant coffee and dry cheap cookies and cake, no ham, no cheese, no eggs, no fruit or yoghurt. After a few days you can’t stand it anymore. I thought B&B is about bed and BREAKFAST.
-The interior is cheesy and kitschy to an extent I have never seen before. Ugly paintings and lamps, old-fashioned upholstery, worn out chairs, the stink of the same incense every day,…
-It’s in the middle of nowhere. There are no shops, and one bar/restaurant a km further in a village with two houses and a church. (granted, there are a few busstops,six km from Pistoia)
-The owners were having work done on the house. Waking up every morning with the clattering noise of jackhammers and other building equipment. Oh, tranquility… (maybe do this in winter?)
-The tap on the bath was broken. We suspect that was a cheap way to save money. No ventilation in the bathroom, there was fungus in the shower. Also: slippery floor tiles,…
-WiFi suddenly stopped working (supposedly because of a thunder storm?... ), this made it impossible to plan our trip from day to day….
-One of the owners seems nosy and when you come in for the night or at breakfast, wants to know what you did/where you are going, tries to advise you what to do, a bit in a childlike manner. :)
-For a few days in a row the bed wasn’t made, nor the room cleaned.
-The markings outside “ this is private property (gazebo, swimming pool, tables)” vs poor tables without parasol “for use by B&B”; both in the same area, aren’t inviting and very off putting to sit there.

In short, the accomodation, an old house little refurbished and still being worked on, is not fit for being a B&B. The owners are, inadequate and unprofessional. Maybe it is possible to stay there for a night as a stopover place but certainly no more. If we wouldn’t have paid the whole stay in the beginning we would have found another place and left after paying our dues. Maybe this is why the owner insists on paying the whole stay upfront? Though it’s cheap it’s not worth the money. In fact, all things considered, we feel cheated out of our money.
“Lasciate ogni speranza, voi ch'entrate”

This review is the subjective opinion of a TripAdvisor member and not of TripAdvisor LLC
AmirCaus
Sarajevo, Bosnia and Herzegovina
239123
Reviewed 22 November 2014
Bed&Breakfast Pianeta Benessere

Large, comfortable and very clean room & bathroom. Pianeta is located in nice surroundings with free private parking. Very helpful and friendly owners.The place is not easy to find. If we didn't have Garmin device we would got lost on the way. Although we have arrived very late in the evening we have easily done check in. Breakfast good enough. This place is fabulous! The atmosphere is lovely!

This review is the subjective opinion of a TripAdvisor member and not of TripAdvisor LLC
Cudgey
La Spezia, Italy
3812
Reviewed 8 August 2014
Delightful Hosts

Stayed in this lovely B & B on the outskirts of Pistoia when visiting the city for a concert. The accomodation is in a charming Tuscan country house about 10 mins drive from the city centre it is also quite accessible for Firenze area, It is about 12 euro by taxi from the station on Pistoia but ideal if you have a car.

Giuliana and Franco were perfect hosts even picking us up in town after the concert and taking us back to the B & B.

Breakfast was good with a choice of sweet or savoury items and all in the stay represented exceptional value for the price.

Would defenitely revisit if in the Pistoia area

This review is the subjective opinion of a TripAdvisor member and not of TripAdvisor LLC
fclivi
Zurich, Switzerland
1810
Reviewed 26 July 2014
Excellent choice

We needed a stay for one night and found this beautyful b&b, located a short drive from Pistoia. We were welcomed very warm, slept wonderful and had a delicious breakfast. We can recommend this b&b and would definitely stay again.