US$140
View deal
Prestigia.comUS$161
Destinia.comUS$134
Lol.travelUS$141
View all 18 deals
Prices are provided by our partners, and reflect nightly room rates, including all taxes and fees known to our partners. Please see our partners for more details.
Payments made by partners impact the order of prices displayed. Room types may vary.
Vincent_Spa
1

I am from Germany and I'm touring south of italy with my girlfriend and when we arrived at Palinuro we stayed at Baia Hotel for the weekend and while i was staying there the staff were really amazing, they can speak a lot of languages and treated us with a smile on their face. Everything we had there was nice the food was amazing, the swimming pool was great because u could see the sea from there and it was a spectacular view and the rooms were spacious and comfortable so for me this is one of the nicest place i have been to and the price was also reasnable.More

Show less
Trip type: Travelled as a couple
See all 575 reviews
Payments made by partners impact the order of prices displayed. Room types may vary.
Nearby Hotels 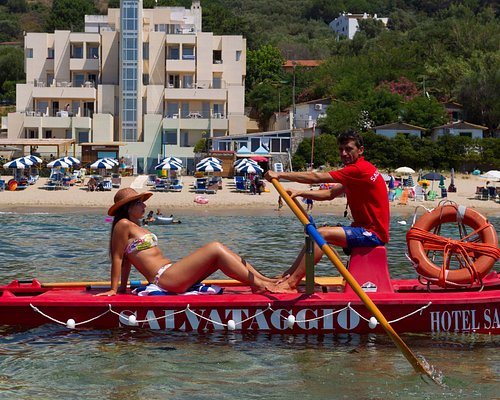 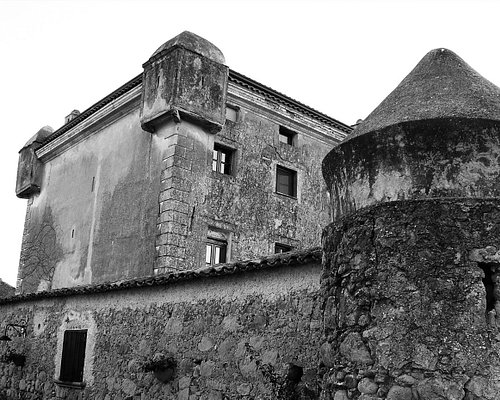 Top Rated
Breakfast included
Il Castello Di San Sergio
US$93
Booking.com
View deal
Expedia.com
US$89
Hotels.com
US$89
FindHotel
US$89
View all 15 deals from US$71
280 reviews
3.0 km from Hotel Baia
We compared the lowest prices from 15 websites 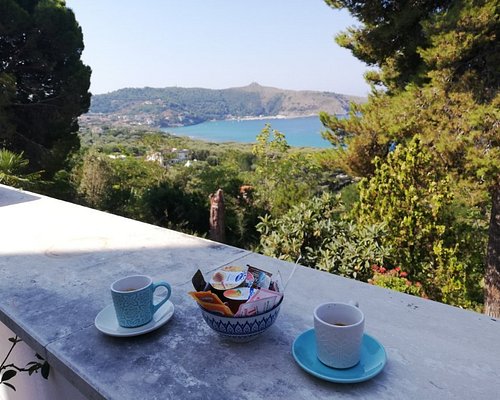 Expedia.com
View deal
Pay up to 12X
Booking.com
US$115
Hotels.com
US$163
FindHotel
US$164
View all 14 deals from US$115
181 reviews
1.1 km from Hotel Baia
We compared the lowest prices from 14 websites
Best Western Hotel La Conchiglia

Probably one of my best Italian holiday experiences. Apart from the surrounding natural beauty with transparent waters and stunning cliffs, the hotel was a wonderful experience from start to finish. They welcomed us warmly, even in English and were very accommodating. I'd highly recommend the hotel restaurant which I don't usually do. The cook even came to our table to check we enjoyed the delicious seafood that was served.
To top it off, the outside pool really helped cap a perfect day by relaxing until the sunset.
Perfect.

Report response as inappropriateThank you. We appreciate your input.
This response is the subjective opinion of the management representative and not of TripAdvisor LLC
Claire_Georgeson
London
78
Reviewed 20 August 2010
Worst experience with hotel staff ever

I stayed in the Hotel Baia for one night on the 16th Aug 2010, and it has to be the worst experience I have ever had with hotel staff. On arrival, we were told by an extremely rude frontline receptionist that the room wasn't ready and to wait 15 minutes. After 25 minutes, we were still waiting. After finally getting the keys, we arrived upstairs to the smell of bleach and dirty towels, which were immediately returned, and also asked to speak to a manager. After being told the manager had more 'important things to do', we were then called 15 minutes later, and then told by the manager to '**** off' and that we were 'lucky to find somewhere in August at short notice' . After paying 180 Euros for one night in a room that stunk so heavily of bleach it made your eyes water, I can't really consider that as lucky.

The room was standard, not 4 star, the bed was uncomfortable, the room was full of mosquitoes. It has to be the worst experience I have ever had when staying a hotel.

Would like to hope that this behavior isn't normal, but I word to the wise, if you're from the UK, and understand a real 4 star hotel, then please ask to check the room before you book, as it can only be compared to a 2 star in the UK, especially if you end up paying around 180 a night for the 'pleasure'.

The location is good, however, so is the location of the other hotels.

Nothing is too much trouble for the staff at this hotel. Palinuro is a fantastic place to stay and if youy are going there stay at the Baia. Genuine Italian experience with real food, tastefully decorated, spacious room, fantastic view.

We just returned from the Cilento coast and had a great time. We loved the Hotel Baie. It is a small hotel with a very friendly atmosphere .The staff particularly Madelina were anxious to help us with touring plans and restaurant recommendations whenever we needed them.Our room was a little small but had a great view of the sea.It was very clean and comfortable.The location of the hotel was perfect for us being just a few minutes walk to the pedestrian street where eveyone gathers in the evenings. We found the breakfast adequate.The outside terrace however was a wonderful place to start the day. When a lot of people showed up at the same time,the two people serving could have used some help. They have a shuttle service taking you to their private beach.We had a car so we drove for about ten minutes and were happy to find that we got parking,seats and umbrellas at no additional charge.I wouldn't hesitate to stay there again .

We were transtered to the Baia Hotel by our holiday rep as our booked hotel Il Gabbiano was unsuitable.Upon arrival at The Baia Hotel we were greeted by very freindly and helpfull staff in a lovely reception area. As we entered our room we could see a magnificent sunset through our window. Our room was spotlessly clean and nicely decorated and included a tv, safe and mini bar. During our holiday the hotel was beautifully presented and every member of staff couldn`t have been friendlier or more helpfull and even though we spoke very little italian they gave us a first class service with a smile.
There was a lovely beach a short walk away and the hotel has a private beach further away that the staff offered to take us to and from.The hotel is well situated for local shops,restaurants and bars, the resort of Palinuro is very friendly and relaxing though I understand it becomes busier and livelier later in the season.
I would certainly go back to the Baia and would recommend it to anybody
A big thankyou to the Baia and all its staff.