Hotel Palladio
Lowest prices for your stay
Lock in the lowest price from these sites
US$33
View Deal
Agoda.comUS$33
TripadvisorUS$33
Prices are provided by our partners, and reflect nightly room rates, including all taxes and fees known to our partners. Please see our partners for more details.
Payments made by partners impact the order of prices displayed. Room types may vary.
Alastair P
Preston, United Kingdom
93

Cold small rooms, No English TV, Small bathroom, Unhelpful staff.
Owner insists on paying cash even after agreeing payment by card.
Small lift only takes two people at a time.
What you do not eat at dinner is served the following day for breakfast.
What a mistake staying here!!!!!!

Room tip: Go elsewhere
See all 89 reviews
Payments made by partners impact the order of prices displayed. Room types may vary.
Nearby Hotels 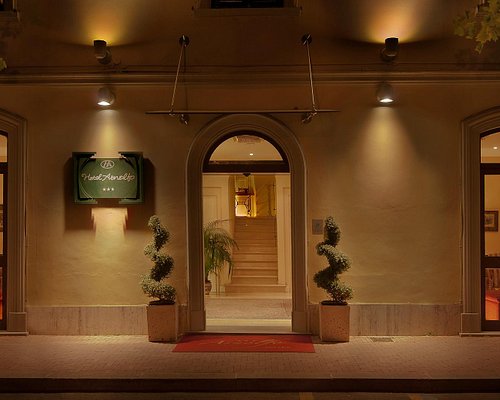 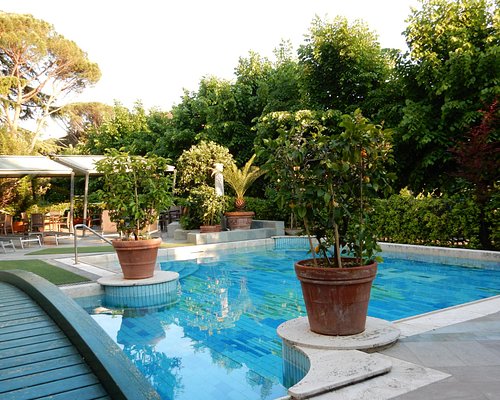 Breakfast included
Grand Hotel Panoramic
US$88
Tripadvisor
View Deal
Pay up to 12X
Travelocity
Booking.com
Orbitz.com
View all 14 deals from US$88
591 reviews
0.9 km from Hotel Palladio
We compared the lowest prices from 14 websites 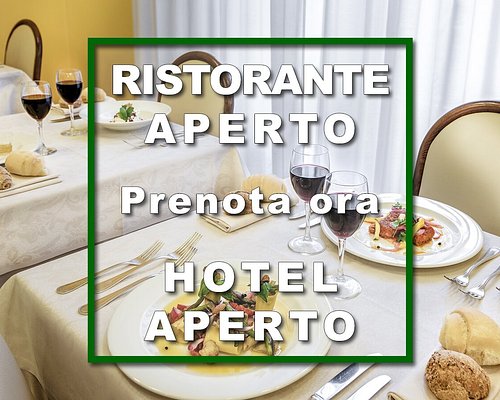 ZenHotels.com
View Deal
Prestigia.com
StayForLong
getaroom.com
View all 16 deals from US$290
616 reviews
0.9 km from Hotel Palladio
We compared the lowest prices from 16 websites
Breakfast included
Hotel Ariston
US$368
US$359

Travelocity
View Deal
Official Website
ZenHotels.com
US$104
getaroom.com
US$132
View all 15 deals from US$104
622 reviews
0.8 km from Hotel Palladio

Stayed here in August 2014, the hotel is a five minute walk from the thermal baths of Montecatini. Also practical for trips in the beautiful Toscana region.
It has free wifi. Very clean. We stayed in a double room, ensuite, large shower.
The staff was very helpful and offered both vegeterian and vegan menus, on demand.

Very clean room and bathroom. Treated very well. Had to pay for A/C. I would stay again.

Palladio hotel montecatini
date 12 April 2009
We arrived at this hotel as part of a group travelling with national holidays. After travelling 30 hrs on a coach we were met with arrogant staff who spoke very little English and were extremely unhelpful when there was a mix up with rooms. The room we stayed in was generally clean apart from an obvious spray of vomit on the wardrobe doors. There were no tea and coffee making facilities in the rooms which we expected it being advertisied as a 3 star hotel. The double bed we had was two singles pushed together which kept parting during the night. There was a television in the room which didnt work, visible wires coming from an uncovered plug socket and a shower which although it worked the head kept falling down meaning it had to be held . The food in this hotel was disgusting and certainly nothing like the meals advertised on the web page. The meals consisted of soup which tasted like it was made from powder, basic pasta, and then a main course not resembling anything italian, chicken and chips one night my husbands was not cooked properly making him sick, and a dessert which was obviously angel delight wasnt even set. The free bar was a joke only having wine, water or tea and coffee, no soft drinks.The staff did as little as possible and we felt they understood more than they let on pretending not to understand so they couldnt help. Not one of them smiled the whole time we were there. This was the first time I have been to Italy and it will be the last .