There is no doubt about that the Hotel is getting older, but that being said the rooms where clean are nice big with everything you need - the pillows was for my taste a bid to hard - we joined the hotel in the skiing season, and the fact that a short walk brings you to the Teola Lift is a big plus, if going other places the busses is parked just outside the door. We had chosen the Half Board option and the Evening Buffet was changed every day with an option for everybody, not high sophisticated food, but plain "normal" Italian food, and plenty of it.
Ski rent in the basement - easy option at the same prizes as else where.
Possibility to park the car in the Garage - 15 EUR/PR night - maybe a bit to expensive.
A few down sides, the "road" down to the bus is very steep and icey, this can bring your holiday to an end very quickly if unlucky. The noise level in the "afterski" bar can get to a level where a more quieter option is needed.More

Show less
Room tip: Rooms with balcony and view to the Forrest preferred. Rooms 400 + here the noise level can disturb your sleep.
See all 516 reviews
Payments made by partners impact the order of prices displayed. Room types may vary.
Nearby Hotels 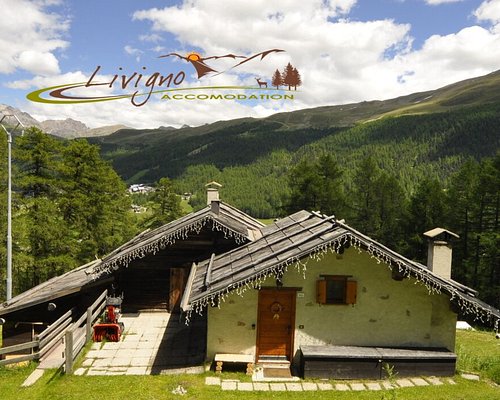 We have chosen beautiful hotel intermonti beacause it has perfect location in teola for skiers, just 2 minute walk to liftchair, the hotel ist not new but it woth the price, friendly stuff, we had very good brakfast every day. In hotel we enjoyed disco parties with wonderful guys, want to mention profesional animators Luca Taino and Andrea Bulla. Appreciate this guyes thank you and see you next winter✌️

This review is the subjective opinion of a Tripadvisor member and not of TripAdvisor LLC.
AlinaAlina001
Dubai, United Arab Emirates
3955
Reviewed 10 January 2020 via mobile
So so

I will start with the fact that at first they gave us the wrong room (however, we have paid for better room). And in order to get our, we had to get around 3 numbers, one of them was even busy by other people.. (probably they didn’t see this in the database). Also in the room there was no 2nd set of towels, I had to go and ask for a reception. The same story with a bathrobe and slippers, also need to ask at the reception ....
I can’t say that the rooms are very warm, but clean. The audibility here is very good, you can’t even sleep...
Standard breackfast, regular buffet.
The hotel has one Bar with beverages and food, however there is only pizza available, all the rest is out of stock...
The pool, jacuzzi and sauna are small and full of people.
There are smoking rooms with balconies.
Pets are allowed, but 10€ a day.
As a result we will never come back here again...

This review is the subjective opinion of a Tripadvisor member and not of TripAdvisor LLC.
jbruijntjes
Amsterdam, The Netherlands
5822
Reviewed 18 December 2019 via mobile
Nice hotel

We had a good time at hotel Intermonti, nice breakfast and friendly staff. we had a flat tire with the car and the reception has arranged for us someone who has fixed it, super! Good location, and a free bus that stops in front of the door. thanks for the good stay!

This review is the subjective opinion of a Tripadvisor member and not of TripAdvisor LLC.
avihoses
Bedford, United Kingdom
2
Reviewed 4 March 2019 via mobile
Great Experience

I recommend this hotel because of its place and view of the whole area. The room was calm and clean and the bathroom was very nice. The bus stop was very close to it, which provides access to all areas in Livigno.

This review is the subjective opinion of a Tripadvisor member and not of TripAdvisor LLC.
aevarandhelga
Kopavogur
25
Reviewed 23 January 2019
Do not stay there

Longer version: Travelled with a large group, 10 of us did not get a room up on arrival. The manager said there was a water problem due to cold weather they days before, it would be fixed and we should get rooms the day after. We were put in an apartment down town after a drive back and forth between different hotels, with no lobby or management and parties in other apartments all night long. Angry, and sleep deprived, we arrived the day after and asked for the broken room, fixed or not, I needed few hours of sleep before I (or my children) could go out skiing, my husband went straight out. Reception told us that the other guests were still in the room and we could not get it . I asked for the manager, and suddenly the room was not broken (they never were), they had overbooked, when I got mad because of his lying (I was willing to be patient because of something not manageable, this was different) he said he didn't understand what it mattered what the reason was. I requested a refund for the first night which he said we could talk about later. He than offered me to stand there and scream the whole day if I liked and told me he had the laws on his side, I would not get a room until the afternoon. At check out when we requested the discount he told us to pay everything or he would call the police and have us followed out of the hotel (we checked out the night before our early travels).

I had several bites from the bed, very itchy. 1 daughter got bites as well but did not show reactions. Several people in our group and different rooms got bites as well. There are no mosquitos in January but I can not state that it was bed bugs, but I got mine during the night time and had serious issues unpacking to secure that everything got cleaned before entering the house when we got home.

Breakfast was good, dinner dry and boring. Bar service was good. It is not at all a 4 star hotel, the rooms in large part of the hotel are old and tired. The equipment in the fitness room was broken. Stay somewhere else.