Hotel Eira
Hotel Eira
Lowest prices for your stay
Lock in the lowest price from these sites
US$86
Reserve now, pay at stay
View deal
PricelineUS$86
eDreamsUS$86
FindHotelUS$86
TripadvisorUS$86
StayForLong
ZenHotels.com
View all 8 deals
Payments made by partners impact the order of prices displayed. Room types may vary.
Prices are provided by our partners, and reflect nightly room rates, including all taxes and fees known to our partners. Please see our partners for more details.
John T
Brisbane, Australia
12051

We were recommended the restaurant in this hotel by the staff of Hotel La Genzianella. We were a cycling group of 12 and they catered for us perfectly.
The food was wholesome and tasty; typical Italian fare.The restaurant has a nice homely feel and I would definitely return if ever in Bormio again. It is a short walk out of town up a hill, and unless one has a car, a taxi is recommended.

Room tip: we only dined there and cannot advise.
See all 210 reviews
Payments made by partners impact the order of prices displayed. Room types may vary.
Nearby Hotels 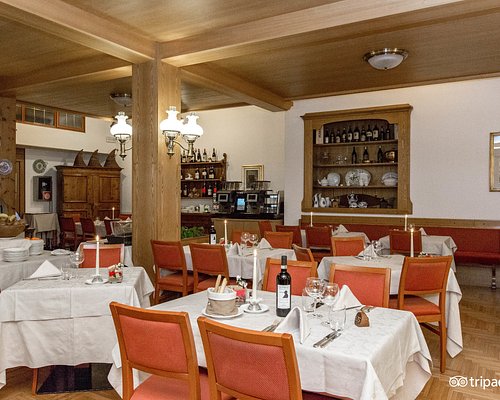 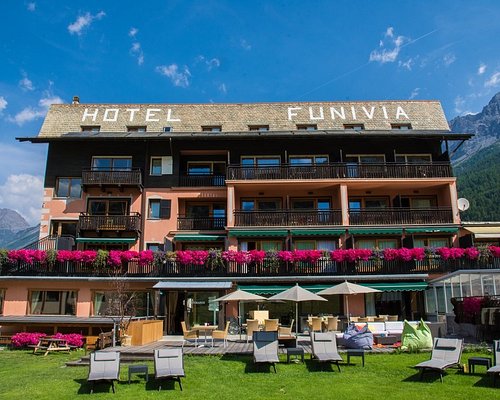 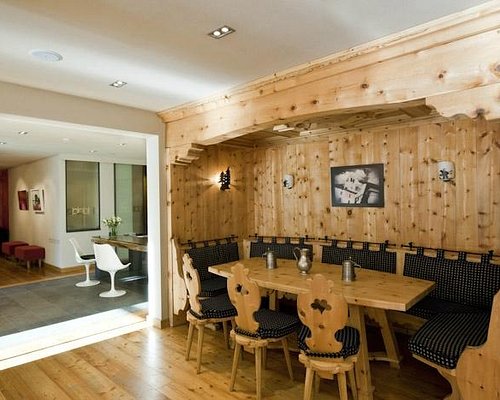 stayed there for 8 nights. Large room with balcony and view to Bormio. Very clean. So nice staff both in the restaurant, cleaning staff etc. We felt so welcome and home.
5-10min walk to the lift. No problem because the food at the hotel was so good that the extra exercise was needed :-) we had half board and enjoyed every single meal.
We would love to come back. If you go there you must try the big shrimps...
There is some noise in the evenings due to the restaurant is very popular.
So you can hear it in the rooms. But I had earplugs that solved that problem :-)
Eira, see you again I hope :-)
kind regards inge

This review is the subjective opinion of a Tripadvisor member and not of TripAdvisor LLC.
BEN G
1
Reviewed 6 August 2016 via mobile
Abysmal hotel

Avoid at all costs - we booked a mountain view room but found ourselves in the attic in a 'room' with a tiny window that didn't open and a heavily stained bed. We asked to be moved. Begrudgingly they put us in a room by the main road with no curtains and an exposed electricity panel. To top it off the breakfast consisted of stale bread, some sort of very cheap salami and pre-packaged jams.

This review is the subjective opinion of a Tripadvisor member and not of TripAdvisor LLC.
JerseyBenp
Jersey, United Kingdom
223138
Reviewed 12 September 2015
Great family b&b

Well located place situated on a hill minutes from the town, helpful staff who speak English, the restaraunt is a must do to at the hotel, the food quality is exceptional and their is a good selection of local foods and drinks

This review is the subjective opinion of a Tripadvisor member and not of TripAdvisor LLC.
joe292
Dublin, Ireland
136111
Reviewed 5 March 2015
Great family hotel

For once I managed to stay at a hotel with my family (Wife and two children age 11 and 14) We stayed at this hotel for 6 days and had booked half board. I would normally not do half board but when on a skiing holiday you don’t want to be wandering around a town in the evening looking for somewhere to eat. Ski all day, Eat, Bed. That’s all you need (or are able for). There was 4 other families in our group and all had good things to say about the hotel. The hotel itself is located just above the town and overlooking the ski lifts. I can’t say its ski in/ski out. But it’s an easy stroll to the lifts.
The hotel itself is Swiss chalet style. Rooms are basic but have everything you need. Good size bathroom and bedroom with a large double bed and a bunk bed. Mattress was very comfortable and the rooms were spotlessly clean. (And they are cleaned every day). We had a quad room but I believe that the family room which sleeps 5 is actually two adjoining rooms. Very small TV with 4 or 5 italien channels but again we were not that pushed about watching tv.
Breakfast was typical continental style. Croissants, Breads, Jams, fruit and yogurts, cheese and cured meats. Coffee was plentiful and quite good.
As this hotel also has a fully functioning restaurant, most nights the dining room was full. Which is a good sign when the locals come to eat here. As I mentioned there was a group of us, 9 adults and 11 children, so as we were all HB we had a set menu. However even the set menu gave you a choice of two starters and two mains. We had to choose the night before what we wanted the following night. The food was great and every night the children were given the option of choosing pizza (which most did) We all had pizza on one night and I can say that it was one off the best pizza’s I have had.
Wine worked out cheap enough at 7 euros for half litre and 9 euros for a litre (why would you have half? Bad economics) Beer was 4 euros for a large. AND if you go there you must have a Bombardino. It’s sort of the local take on Irish coffee. It tastes a little of white chocolate but with a big kick of alcohol, I think brandy. Funny thing is that wherever we had one in town or on the slopes they always taste different, but always good!
The staff were very helpful and friendly and could not be faulted. Room and board worked out at 200 euros per night as this was high season. It’s lower at other times. On check out the owner gave us all a bottle of wine. Nice touch.
As I said you don’t come here for luxury but it serves it purpose and then some.

Room tip: Higher floor (but there is no lift) are quieter
Ask joe292 about Hotel Eira
Thank joe292

This review is the subjective opinion of a Tripadvisor member and not of TripAdvisor LLC.
Ale-Susy07
Silver Star, Canada
104
Reviewed 16 March 2013 via mobile
Good place to stay and very good restaurant.

Lovely hotel, rooms are decent size and clean.
Staff is excellent and food in the restaurant is really good, compliments to the chef!! Cannot forget the Semifreddo al Braulio one of the best dessert I ever had!!
They are always willing to accommodate your requests and very helpful.
Extremely good value for money...I would recommend it to anyone!!!