Amazing stay in the middle of... - Review of Les Logis de Lestiac

Amazing stay in the middle of wine-country ..

Stayed for two nights in connection with a near-by wine event and thoroughly enjoyed my stay. Les Logis de Lestiac is a small, wonderful family-run bed and breakfast with 4 individually designed rooms. The owner/host Bruno was very friendly and accommodating. The place has a very nice garden area with a pool which i unfortunately did not have time to enjoy. Breakfast was included and very tasteful. Would definitely go back!

See all 17 reviews
Payments made by partners impact the order of prices displayed. Room types may vary.
Nearby Hotels 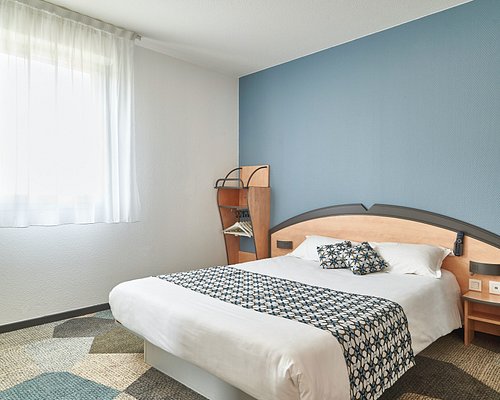 Expedia.com
View deal
Reserve now, pay at stay
Booking.com
US$68
Official Site
US$60
Priceline
US$68
View all 13 deals from US$60
138 reviews
9.3 km from Les Logis de Lestiac
We compared the lowest prices from 13 websites 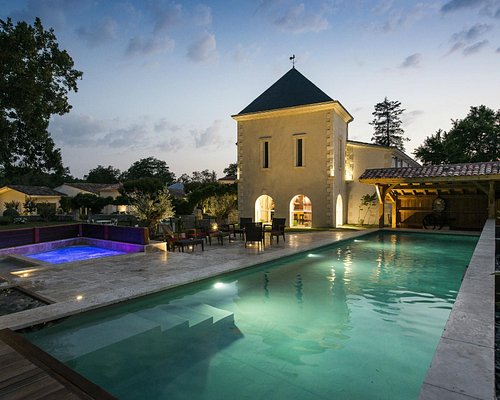 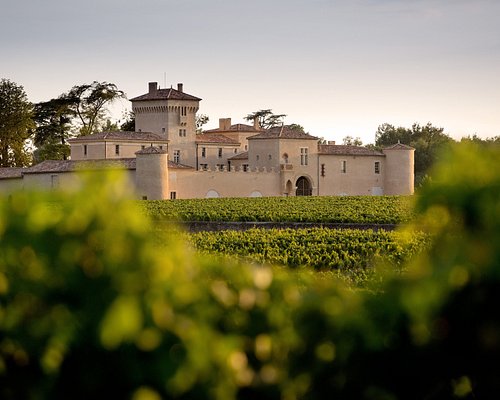 Expedia.com
View deal
Free cancellation
Pay up to 12X
Booking.com
US$106
FindHotel
US$100
Priceline
US$106
View all 13 deals from US$100
152 reviews
17.7 km from Les Logis de Lestiac
We compared the lowest prices from 13 websites
Hotel Restaurant Horus
US$88

We stayed a week, thoroughly enjoyed the outdoors and having the whole house to our group of 12 (inc 2 small children). We catered for ourselves and found all the amenities we needed. There were a few issues, like one of the five bedrooms was without a working bathroom and yet still cost the same as the others; the fridge was not working and it took several days to get it replaced; the internet went down for a few days which made it difficult to research local places to visit etc. On the whole though we did have a great time while staying there. Communication with Sebastion was a bit hit and miss, and with the cleaning lady was almost non existent as we didn't have much French and she had no English. It is a bit out of the way if you want to go to the coast.

This review is the subjective opinion of a Tripadvisor member and not of TripAdvisor LLC.
Eebs1985
Saint Louis, Missouri
6826
Reviewed 11 July 2015
Good, but...

We arrived at 18:30. We hadn’t heard from Sebastian since months ago when we booked, even though BF and I both had emailed him in the time since. So we weren’t even sure if he would be there. But Sebastian greeted us inside. We only stayed 2 nights, and we weren’t there for much more than sleeping. We stayed in the winter room because of the king size bed it had. Note, it's 2 twins pushed together, not a true king. The bathroom was nice and big with a separate shower and large claw foot tub. The bedroom had an enormous armoire on one side of the room, two chairs facing the front window with a large coffee table, and a small child’s bed in the corner. The size of this room was impressive. The outdoor space was nice, as was the dinning room. The breakfast Sebastian provided was really nice, awesome actually, with jams, croissants, baguettes, yogurt, strawberries, coffee, and orange juice. And our 2nd night there we had dinner which included a fabulous caprese salad and duck.

There were a few things though that bothered us about the whole experience. First and foremost: the lack of communication. I tried to email him about dinner, telling him I was vegetarian and wondering if he could make a dinner that worked around that, and BF did the same also. We never heard from him. He said he never got our emails about it, but if he didn’t, then it’s because he also said he no longer has a computer so has to do everything on his phone, which for running a business seems pretty hard to do. Which led to me having to eat duck for dinner, which I wasn’t entirely happy about (I of course could have not eaten, but then I’d be starving). There was also loud music at night, as Sebastian also had some friends staying there. There was no lock on our door, which led to BF being uncomfortable about leaving our stuff there since we couldn’t lock it. The bed was actually uncomfortable. Could definitely feel the springs. BF didn’t care for the fact that Sebastian hung out with us all through dinner, which was kinda awkward, as was the conversation. And just fyi: he does have a cat, just in case you have allergies.

The experience was ok, but we were expecting more. We wouldn’t do it again, although I wish Sebastian all the best.

This review is the subjective opinion of a Tripadvisor member and not of TripAdvisor LLC.
Jim M
Zurich, Switzerland
79
Reviewed 11 September 2014
A tasteful home

Logis de Lestiac is not a hotel... It s like home at the countryside ! My wife and I spent one week there in order to buy wine. It s very well located middle of the vineyards and close to many beautiful villages with good restaurants (all types of budget). At the end, we spent more time chilling at the swimming pool than visiting the area - as the garden is delightful and the atmosphere very friendly and relax (tasteful furniture, very good music, peaceful location). We were treated as if we were family - and I will definitely return there as it is the perfect retreat for reading, writing, resting ... and visiting a beautiful region. Highly recommended for those who are looking for a secret romantic 18th century home - with contemporary way of living !

Room tip: Chateau d Hiver is the bigger one with a fireplace that works. Though we ve chosen Grenier d Automne, with a little desk for work and view on the beautiful garden and church.
Ask Jim M about Les Logis de Lestiac
3  Thank Jim M

This review is the subjective opinion of a Tripadvisor member and not of TripAdvisor LLC.
Alex-and-Carly
Reading, United Kingdom
5416
Reviewed 14 April 2014
Comfortable home away from home

We stayed here for two nights whilst attending a wedding at a nearby chateau. We were welcomed by Sebastian with a glass of wine and a tour of the house (as the other guests hadn't yet arrived). All rooms are beautifully and individually decorated and furnished. We opted for the Nid D'Ete at the front of the house - light & airy with a massive four-poster bed and newly renovated bathroom. Very comfortable. Continental breakfast was good - try the homemade jams! Our only regret was that we didn't have time to take advantage of the swimming pool. Would definitely visit again.

Merci, Sebastian, for your hospitality!

This review is the subjective opinion of a Tripadvisor member and not of TripAdvisor LLC.
ivalee9
Sydney, Australia
10167
Reviewed 17 October 2013
A wonderful experience

We really enjoyed our stay here. The rooms are eclectic and beautiful and Sebastian has clearly spent a lot of time and effort on the decor - it was a mix of historic and cool. The food was lovely and although Sebastian was not there when we visited we were very nicely looked after by the housekeeper.
It is a lovely home and the nearby villages are cute to visit.