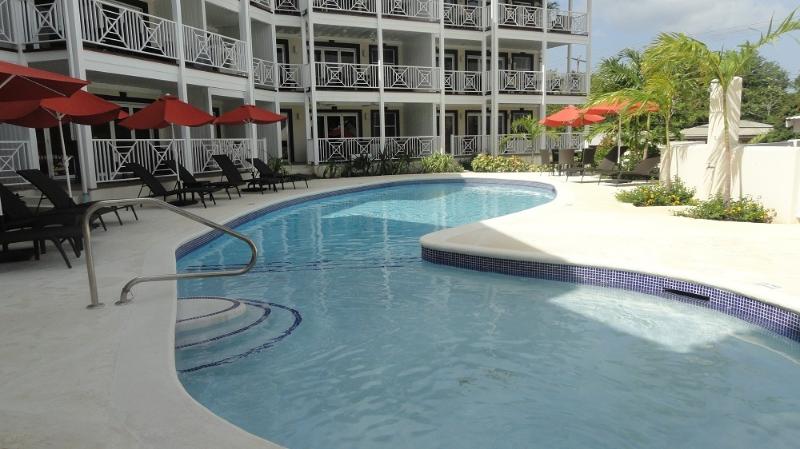 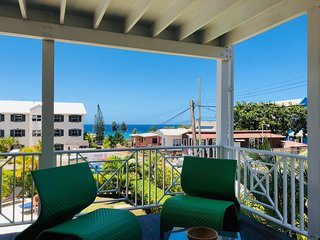 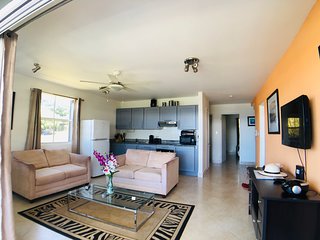 Very good - based on 14 reviews
Write a Review

Date of stay: May 2019
Was this review helpful? Yes
This review is the subjective opinion of a TripAdvisor member and not of TripAdvisor LLC
Problem with this review? Thank you. We appreciate your input.

Great location, a two-minute walk to an idyllic beach! Easy transport access throughout the whole island. Nice quiet apartment, in the back block set back from the main road, with great views from the 1st-floor apartment.

We really enjoyed our visit and will be booking the same apartment at some point soon!

Date of stay: December 2018
Your age range 18-24
Would you recommend this hotel to a friend?   Yes.
Was this review helpful? Yes
This review is the subjective opinion of a TripAdvisor member and not of TripAdvisor LLC
Problem with this review? Thank you. We appreciate your input.

Had a fantastic time in Barbados. The apartment has been recently refurbished and has all the mod cons. Clean, tidy and welcoming...in between Holetown and Speightstown so well placed. Grounds secured by gate ...felt very safe. Lovely swimming pool to the front of the apartment and great views to the sea. Will definitely be visiting again and stay here. See you next year!

Date of stay: March 2019
Was this review helpful? Yes
This review is the subjective opinion of a TripAdvisor member and not of TripAdvisor LLC
Problem with this review? Thank you. We appreciate your input.

The apartment is really spacious and well kept with a huge furnished terrace. The pool is lovely and always quiet. Perfect location for walks to the beach/restaurants and just a 10 minute car/bus journey into holetown. There is a restaurant named Marcy’s Just a two minute walk from the apartment, I can’t recommend this enough. Serving all local/traditional food and the best rum punches of the whole trip. (We tried a lot). Thank you for an amazing stay.

Date of stay: March 2019
Was this review helpful? Yes
This review is the subjective opinion of a TripAdvisor member and not of TripAdvisor LLC
So pleased you enjoyed your stay in this lovely apartment.
Will have to try the rum punches at Marcy's!!!
Its good to have 5 star guests and would love to welcome you back in the future.
This response is the subjective opinion of the management representative and not of TripAdvisor LLC
Problem with this review? Thank you. We appreciate your input.

My husband and I stayed at latana two years ago and loved our apartment and the complex but we were in the front block and it was very noisy, so when we saw Lantana 24 in the second block described as a stunning apartment and the photographs looked fabulous we booked a four week stay in January 2019 paid our £4000 in advance and looked forward to our stay. Our son and his girlfriend were going to join us for a ten night stay , so we informed the management .
On arrival we were deeply disappointed filthy bath with sand at the bottom , shower head dumped at the base , mottled old taps , sealant filthy. Kitchen dirty food debris in drawers , even the coasters had dried food on them . No washing up liquid , no cleaning detergent, apart from some old Jif that was solidified at the bottom, everything old and used , cutlery needed binning , one Pyrex dish which was filthy , pans tarnished.
Settees filthy looked like they had come out of a skip , which they had tried to cover with a red rag throws ... we had to use some bed throws to cover it . Tv remote not working neither does DVD player . Cabinet warped needs to go to the tip .
Outside furniture cushions ripped stuffing coming out . Beds need to go to the tip ( see previous trip advisor comment two years ago ) sheets old worn / torn !! ,pillows completely flat with use .
After two days the stench from the drains , especially the en suite became unbearable, Which they did fix but it returned a few days later , then we were told it was the weather! You are only allowed one small bath towel and one hand towel per week per person and the laundry cupboard is locked with a padlock!! Pathetic !!
Plug socket fused if you used the kettle tried to use another socket but it was hanging of the wall , so we had to plug the kettle in the corridor. They did come and fix the socket ,however when my husband used it for the first time the kettle continued to boil , he unplugged it at the socket and received a mild electric shock .
After a week of complaining and sleepless nights due to horrendous beds we had had enough and decided to move out , not an easy task in barbados in January .
After many phone calls / e mails and stress finding alternative accommodation we found a place for our remaining 10 nights in Lantana which was like going from a one star to a five star. On the day of or departure we received a curt e mail from the manager asking us what time we were leaving, we replied around 10.30 am , at 10.32 the cleaners were banging on our door to turf us out and we had to sit around the pool like refugees, till our new apartment was cleaned .
All in all Lantana 24 clearly mis sold and photographs are mis leading, which were obviously taken five years ago when the property was new. Apparently it’s let week after week , owners say they have refurbished it but in actual fact have painted one wall orange and the bathroom turquoise!! (No accounting for taste ) and put new cupboard doors on the kitchen ,( see previous trip advisor comments) Such a shame as it was clearly very nice when it was new , but owners obviously just cashing in on as much as they can get , without any maintenance

Date of stay: January 2019
Would you recommend this hotel to a friend?   No.
Was this review helpful? Yes
This review is the subjective opinion of a TripAdvisor member and not of TripAdvisor LLC
This apartment was updated in June 2018 as you can see from the 5 star review of guests following you, your remarks are completely unjustified. New photos have been posted taken in March 2019 which shows how lovely this apartment is.
This response is the subjective opinion of the management representative and not of TripAdvisor LLC
Problem with this review? Thank you. We appreciate your input.
Previous Next
1 2 3
Updating list...
Still can't find what you're looking for?

Do you own a holiday rental? List it here.

Looking for a place to stay in Weston?
View all 23 holiday rentals