Back in time - Review of Tammekannu Holiday Houses

What an interesting place! We lived in two houses, both with shower and sauna in them, both are outworn, but reasonably clean. Larger one with lots of beds in one room on second floor is very simple, but more or less ok. Beware of smaller house, which definitely was not build as a house, but as a barn, and then in early 90’s (I assume) converted into a guest house. It has a real and true early post soviet time interior, untouched from that time. Although two small bedrooms, both are cluttered with three beds each, but with windows. Those are only windows in whole hose, so lounge have none, what makes little creepy being there… They have simple bungalows without shower, but in quite atmospheric garden, those could be a best choice in my opinion. The nearby “cafe” working time is (11pm-5am). What concern to whole place, is its proximity to pig farm, what can make staying there even less pleasant in certain wind directions.More 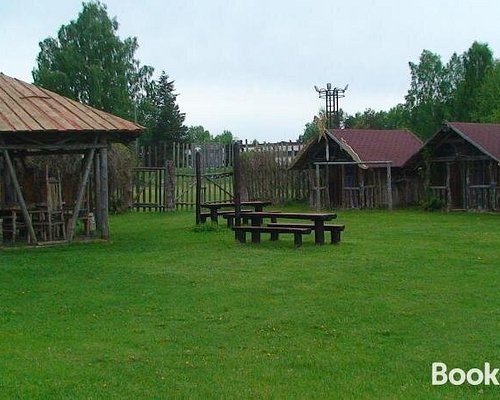