Orbitz.com
Priceline
FindHotel
View all 10 deals
Prices are provided by our partners, and reflect nightly room rates, including all taxes and fees known to our partners. Please see our partners for more details.
Payments made by partners impact the order of prices displayed. Room types may vary.
A6714WBjonathanf
Munich, Germany
1

We stayed at the travelling during a recent channel crossing for a holiday. The hotel is well situated but far below the par for regular travelodge hotels - the room was nearly 30 C , carpet was dirty and bathroom had a horrible mouldy smell. Combined with the high cost for such a budget hotel (120euro with 2 adults , 1 child and a pet dog) we won’t be staying again ! Could be really nice but hotel seems poorly maintained in Aug 2017 - disappointed !!More

Show less
Review collected in partnership with Travelodge
This business uses tools provided by Tripadvisor (or one of its official Review Collection Partners) to encourage and collect guest reviews, including this one.

Thank you for submitting your review of our Ashford Travelodge. We're so sorry to hear about your recent experience and would like to hear more about your stay. May we kindly request you contact us via our website with your review so our customer service team can investigate your visit with the hotel. Thank you again for posting your comments and we hope to hear from you soon.

Report response as inappropriateThank you. We appreciate your input.
This response is the subjective opinion of the management representative and not of TripAdvisor LLC
See all 936 reviews
Payments made by partners impact the order of prices displayed. Room types may vary.
Nearby Hotels 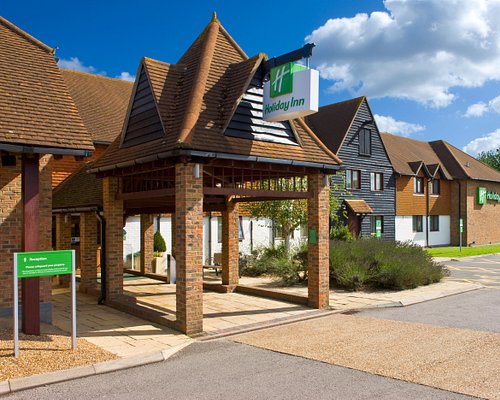 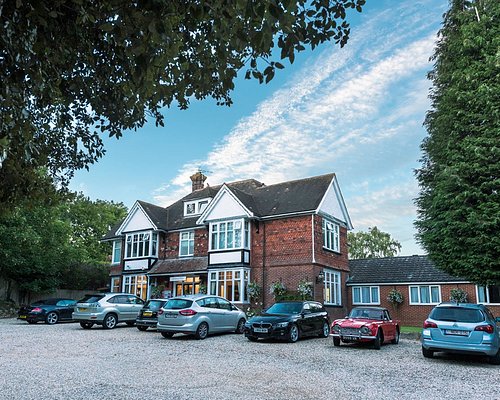 The Kings Head
Booking.com
View deal
Priceline
Agoda.com
US$128
eDreams
US$130
View all 6 deals from US$128
451 reviews
5.2 km from Travelodge Ashford
We compared the lowest prices from 6 websites
Breakfast included
New Flying Horse

Expedia.com
View deal
Hotels.com
FindHotel
US$88
Booking.com
US$93
View all 19 deals from US$88
1,967 reviews
0.6 km from Travelodge Ashford
We compared the lowest prices from 19 websites
Breakfast included
Conningbrook Hotel

Expedia.com
View deal
Booking.com
US$78
Hotels.com
Hurb
US$85
View all 16 deals from US$78
459 reviews
1.8 km from Travelodge Ashford
We compared the lowest prices from 16 websites
Holiday Inn Ashford - Central, an IHG hotel

Expedia.com
View deal
Booking.com
ZenHotels.com
US$79
eDreams
US$83
View all 15 deals from US$79
822 reviews
0.8 km from Travelodge Ashford

Having stayed at another travelodge the previous night this one was of noticeably poorer quality. Not in a terrible way that would stop me from staying again if I needed to but it didn't seem as clean and well looked after. It would also benefit from a refurbishment. It's in a good location for Folkestone and Dover which are not more than 30 minutes away.

Thank you for submitting your review of our Ashford Travelodge. Your feedback is greatly appreciated and we would like to apologise that your room was not cleaned to our usual high standard. We will be sure to pass your valuable comments to the hotel to ensure that the service we provide improves. May we thank you again for your feedback and hope you stay with us soon.

Report response as inappropriateThank you. We appreciate your input.
This response is the subjective opinion of the management representative and not of TripAdvisor LLC
Susan-Keefe
Le Mans, France
4130
Reviewed 23 August 2017
Very friendly and wecoming.

The staff at this Travelodge were very helpful and welcoming during our stay, especially since that day we had had some bad news. They were very considerate especially since my husband is wheelchair bound and we always travel with our Border Collie.

This review is the subjective opinion of a Tripadvisor member and not of TripAdvisor LLC.
julialogan1982
Plymouth, United Kingdom
6829
Reviewed 23 August 2017
Good location to stop on travels

Our family of four stay here quite regular on our travels when using the Eurotunnel. The hotel is clean and staff are friendly. Good amenities around the hotel ( several eateries, a cinema and supermarket). Never had any problems, but rooms get extremely hot.

Many thanks for providing your feedback with us at our Ashford Travelodge.

We are so pleased to learn the hotel was an ideal location to suit your needs and your room was clean. We're sorry to learn room temperature impacted your stay, please rest assured your comments have been passed to the hotel.

We appreciate your feedback and we hope you stay with us in the future.

Report response as inappropriateThank you. We appreciate your input.
This response is the subjective opinion of the management representative and not of TripAdvisor LLC
scarletfairy
England
119
Reviewed 20 August 2017
Avoid!!!!

After reviewing some of the other poor reviews we should have taken note, but thought - hey ho, it's only one night, how bad could it be? (and most other places were already fully booked!)

We turned up to find no staff at the 24hr reception (that's right, it's 24hr, just don't expect anyone to be there). After 5-10 minutes we noticed a member of staff peeking out of a room a few times, but as there were only half a dozen other guests waiting by an empty reception area it didn't seem like to a priority to come out. I called the external reception on my mobile and the phone just rang and rang. Eventually the lady who had been watching us from the room came out. No apology at all.

The first room we were provided with had a really loud ringing noise coming from it so we went back to reception to ask for another room. The second could have been great if they had given us the right key. It looked like the lock had been damaged and changed but they didn't have a key. Finally the "last room" in the hotel was given to us which was in the separate annex - we were advised that we would need our pass to get in to the secure front doors, however they were wide open on arrival.

The final room was ok with the following exceptions;

1) The child's mattress looked to have been created using granite or meteor rock and our child actually cried at the thought of sleeping on it.

2) Our bed had nothing more that a sheet covering it. It's apparently called the "summer time bed routine" or as I called it "I cant be bothered to make your bed for £80". A duvet was provided in the corner of the room, however, in the first room we were offered, it didn't even have a cover on it!??

The hotel in general looks really run down, the carpets need a really good clean as they are heavily stained and the walls need a paint. No reflection on the staff here, this is purely down to the travel lodge management doing as little as possible to maintain the bottom line. If the management don't care why would anyone else.

The room was clean enough so at least that's being done. Although to be frank when you are writing comments like that, you really have hit rock bottom.

Travel lodge - don't send me another automated reply like you have with other negative comments. The cut/paste of your reply really says it all.

Thank you for your feedback.

We are really sorry to hear of your experience. Please accept our sincerest apologies and we have passed your comments onto the hotel manager as this does not reflect Travelodge standards.

Could we kindly ask you to contact one of our Customer Services Advisors via our website help form with your review to look into this more thoroughly.

Thank you again for reviewing our hotel.

Report response as inappropriateThank you. We appreciate your input.
This response is the subjective opinion of the management representative and not of TripAdvisor LLC
MarieB854
Somerset, United Kingdom
6523
Reviewed 17 August 2017 via mobile
Totally fine one night stay for the tunnel

Family of four (children ages 5 & 7) stayed one night before travelling on the tunnel. We did not eat at this hotel so I cannot comment on that. Personally found it to be clean, welcoming, helpful, quiet at night (unlike others we have stayed in near the tunnel) and a decent size room for a family. Nice to have restaurants a 5 minute walk away. My only criticism would be that the room was very hot even on a wet and grey day in August, a fan was provided in the room which did help. Personally I would use this hotel again.

This review is the subjective opinion of a Tripadvisor member and not of TripAdvisor LLC.
View more reviews
PreviousNext
1…757677…
<script type='text/javascript' crossorigin='anonymous' async onerror='__scriptLoadError(this,true);' src='https://static.tacdn.com/assets/gGW5sO.2f737e68.es5.js' d