US$206
US$201
Free cancellation until 14/05/21
View deal
Booking.comUS$201
Expedia.comUS$201
eDreamsUS$201
PricelineUS$201
CheapTicketsUS$201
ZenHotels.comUS$206
View all 14 deals
Prices are provided by our partners, and reflect nightly room rates, including all taxes and fees known to our partners. Please see our partners for more details.
Payments made by partners impact the order of prices displayed. Room types may vary.
74janiceh
Peterlee, United Kingdom
179

We booked this online and booked a superior room only to be told the room was already booked so we offered a classic room. The room was spacious and had everything you need. The only down side was it needed a bit of tlc. Bar not open but they offer room service. The complementary breakfast was a sausage bun and orange juice which was enough for us.

Trip type: Travelled as a couple
See all 286 reviews
Payments made by partners impact the order of prices displayed. Room types may vary.
Nearby Hotels 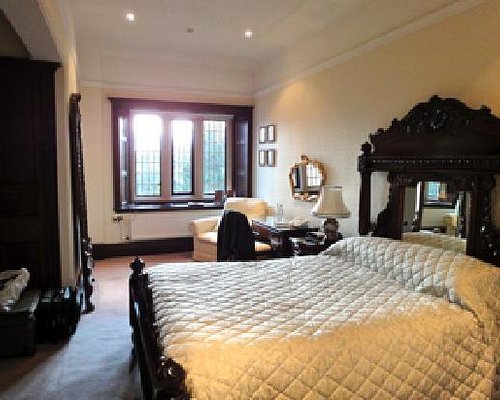 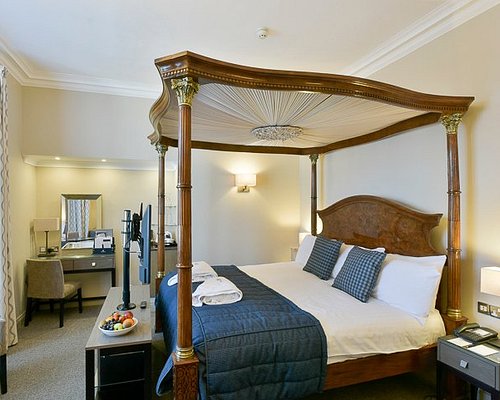 Expedia.com
View deal
Free cancellation
Reserve now, pay at stay
Hotels.com
US$122
Booking.com
US$104
Priceline
US$104
View all 17 deals from US$104
1,371 reviews
5.0 km from Dalston Hall Hotel
We compared the lowest prices from 17 websites 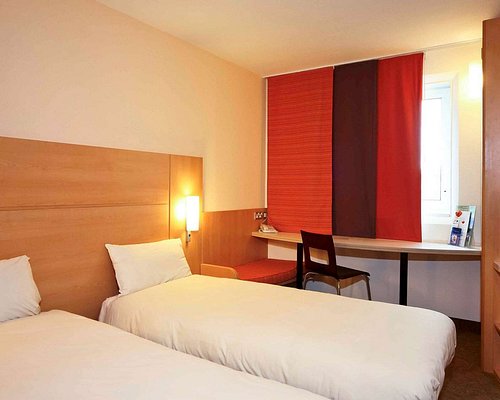 Ibis Carlisle
US$60
Booking.com
View deal
Free cancellation
Priceline
US$60
Hotels.com
US$60
Expedia.com
US$60
View all 16 deals from US$60
1,715 reviews
4.8 km from Dalston Hall Hotel

We booked this hotel having seen great reviews on booking.com and thought it would be the sort of characterful hotel we would enjoy. we understood that lockdown had just been lifted and there would naturely be safety measures in place. However, we weren't told in advance this would mean we would be receiving a MacDonalds style breakfast in a polystyrene box, in a paper bag with disposable cutlery and a cup of tea in a disposable cup. There was a knock on our door and upon opening it 2 paper bags had been placed on the floor outside of it and a man walked away...! The wording on the booking.com website described it as an excellent breakfast, and although I know this wording would have described breakfast prior to lockdown, we felt that they could have easily explained this prior to our stay. As someone who regularly stays in hotels across the country for work, my husband was really disappointed with the customer service. The receptionist seemed disinterested and there was no 'enjoy your stay' or when we asked which restaurants she would recommend she just shrugged her shoulders. The chair for the dressing table had a loose joint so we attempted to ring reception to make them aware and the phone to the room was dead. The handle on one of the drawers was missing. The biscuits on the coffee tray went out of date March 2020. We decided to have a bath in the evening but the water was cold. Again the same man said the water would be hot in 20 minutes - it wasn't. There was no one at reception when we left. Overall, it felt like we were an encumbrance and considering the hotel would have lost bookings due to coronavirus we would have expected a better reception and welcome.

This review is the subjective opinion of a TripAdvisor member and not of TripAdvisor LLC
darrenjcampbell
Glasgow, United Kingdom
24
Reviewed 20 February 2020 via mobile
Atrocious customer service

I booked last night through booking.com only after phoning the hotel to confirm that I can get dinner upon my arrival (because I’ve previously had a bad experience in a different hotel). Having been assured that although I couldn’t get a bar meal like I wanted, I could get a meal in the restaurant, I completed the booking, which is non-refundable. Having booked, I phoned back to booked a table for dinner. I was told that my dinner was booked and I would be emailed a menu in the morning to submit a pre-order. Instead, I received a vague email leaving me to phone them. Upon phoning, I was told that my room wasn’t booked and that I can’t book dinner either. I explained that I had already been told my table was booked. There ensued a lengthy argument whereby the hotel staff member was determined to be pedantic rather than helpful. Eventually, my room booking was found, but I still couldn’t get a meal in the restaurant despite having already booked it the previous night. I’m now told that I can get a bar meal despite having previously been told that I can’t. Throughout the process, the hotel staff member seems completely oblivious to how unwelcoming she has been. I really now want to cancel the booking and get my money back, but of course I can’t even though I booked it under what turned out to have been false pretences. I am now in the ridiculous position of having to either lose almost £100 (and spend the same in another hotel) or to go to the hotel despite having already been made to feel extremely unwelcome.

Don’t even think about booking.

This review is the subjective opinion of a TripAdvisor member and not of TripAdvisor LLC
E3589GKchrisr
Gateshead, United Kingdom
248
Reviewed 10 February 2020 via mobile
Perfect

Visited on Thursday night with two colleagues. Although quiet, the service was impeccable, in wonderful relaxing surroundings.
The food was second to none, I had the Rib Eye steak. I consider myself a steak person and this was without doubt the best I have tasted.
Dont let the fine and fancy building daunt you, this is quality food in a relaxed atmosphere with very friendly and welcoming staff.

Stayed here on a very quiet January weekend, and had the dining room and breakfast room to ourselves. We probably didn't see the outside and grounds at their best - it was a wet, windy January weekend but that did not matter, we chose the time to wind down after a hectic Christmas - a bit of "us" time.
We had a junior suite with 4 poster bed and jacuzzi bath in the room (with a lovely shower/toilet room too). Very comfortable and spotlessly clean. The staff could not be friendlier and helpful.
The food was excellent - locally sourced int he main and wonderfully presented. Yes, the bar was empty but hey, we entertained ourselves with games of pool and just chatted the weekend away.
Breakfast was excellent too, very filling and plenty of choice. Now serving 2 weeks penance for the weight gain!

I found this place by chance on a website. Wow. It is absolutely beautiful. We stayed in a huge bedroom, in a tower! Immaculate, luxurious and comfortable. Wonderful staff. Delicious breakfast. We’ll be back.