US$127
View deal
Priceline
eDreamsUS$127
ZenHotels.com
View all 15 deals
Prices are provided by our partners, and reflect nightly room rates, including all taxes and fees known to our partners. Please see our partners for more details.
Payments made by partners impact the order of prices displayed. Room types may vary.
ElinaTee
Helsinki, Finland
3748

Hotel Cityhovi is a small nice hotel next to the old town, so the location is excellent close to everything. Rooms were basic but clean, personnel was frindly, breakfast was good, everything worked as planned. So if you prefer a smallish cosy hotel in the city center, you may choose this.

Trip type: Travelled with friends
See all 42 reviews
Payments made by partners impact the order of prices displayed. Room types may vary.
Nearby Hotels

Top Rated
Breakfast included
Hotel Kalliohovi
US$137
Tripadvisor
View deal
Pay up to 12X
Hotels.com
Booking.com
Expedia.com
US$137
View all 17 deals from US$137
163 reviews
0.6 km from Hotelli City Hovi
We compared the lowest prices from 17 websites 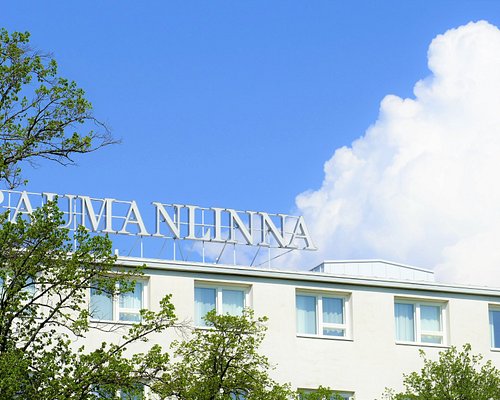 Breakfast included
Hotel Raumanlinna
US$127
US$116
Tripadvisor
View deal
Pay up to 12X
Hotels.com
Booking.com
US$116
Official Hotel
US$127
View all 17 deals from US$116
115 reviews
0.4 km from Hotelli City Hovi
We compared the lowest prices from 17 websites 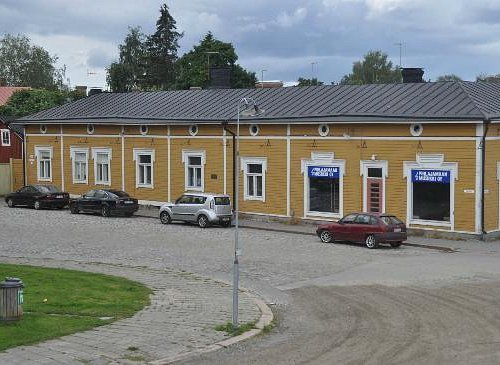 A small hotel on the edge of Old Rauma. A short walk to most of the sights. Small but nice and clean rooms with a fridge, tv and wifi. Some rooms with a view to the parking lot, some to the street (might want to opt for non-parking). Nice breakfast. Very good and friendly service.

This review is the subjective opinion of a Tripadvisor member and not of TripAdvisor LLC.
Ben P
Maastricht, The Netherlands
8932
Reviewed 26 January 2020
Short work stay for 2 nights

I would classify this hotel more as a B&B because it has no restaurant, and not all facility's like a hotel. Entrance is a small door, have to go up a stair to get to the desk.Room is clean tough and beds are good! Breakfast is also good, staff is making best of it. Some nice local products. Overall good 2-day stay

This review is the subjective opinion of a Tripadvisor member and not of TripAdvisor LLC.
Anu A
Oulu, Finland
10740
Reviewed 16 August 2017
Nice room, lousy bed

One of the worst hotel beds I've slept in Finland. Only one pillow, no alternative choices at room. Curtains too thin: you could see through. Very clean room and free parking. Good location and service.

Ask Anu A about Hotelli City Hovi
Thank Anu A

This review is the subjective opinion of a Tripadvisor member and not of TripAdvisor LLC.
JariJK
Kouvola, Finland
670294
Reviewed 10 July 2017
Excellent service, bad sleep quality

The room for one was much more quiet but there wasn't any view from it. Actually rooms which have windows towards Nortamonkatu street have a nice view but they are noisy. Other rooms haven't views but they are more quiet. Windows should be washed, especially in the room for one. The spacing between two windows was full of dust and dead flies.

The breakfast wasn't very versatile. They had a tea bag selection box but most of the choices were not available (cells in the box were empty). In our first morning there was a congestion during the breakfast time. We had to wait to get a table. Two other mornings were very nice and we could enjoy our breakfast almost alone. The service was very kind and polite.

There was separate cooling air conditioners in both rooms. Bathrooms were renovated. Water temperature and water pressure were good. However, the shower was bad. The whole toilet was wet after having a short shower.

The location of the hotel is excellent in the new city center and only 200 meters from the historical wooden city of Rauma. A free roof parking was available only a couple of meters from the reception.

This review is the subjective opinion of a Tripadvisor member and not of TripAdvisor LLC.
LyndellandMarc
Brunswick Heads, Australia
5637
Reviewed 28 January 2017
Reasonable hotel for night's accommodation

A 'standard' hotel suitable for a night's stay. Bathroom small but 'usual' for Finnish Hotels. Breakfast standard fare and adequate.