A superb hotel - Review of The Folks Hotel Konepaja

The Folks Hotel Konepaja
The Folks Hotel Konepaja
Lowest prices for your stay
Lock in the lowest price from these sites
US$130
Free cancellation until 03/06/22
Reserve now, pay at stay
View deal
Expedia.comUS$130
Hotels.comUS$130
TravelocityUS$130
PricelineUS$130
FindHotelUS$129
Orbitz.comUS$130
View all 11 deals
Payments made by partners impact the order of prices displayed. Room types may vary.
Prices are provided by our partners, and reflect nightly room rates, including all taxes and fees known to our partners. Please see our partners for more details.
elsavee
2

We had a truly lovely staycation at the Folks Hotel! The room was very easygoing and full of style. We loved the breakfast in candle light!
The hotel staff were very professional and helpful.
I would trylu recommed this hotel to anyone!More

Thank you for the review of your visit at Konepaja. It is wonderful to hear taht you enjoyed your stay with us! Hopefully we´ll see you again in the future, you´re warmly welcome!

Have a lovely Christmas time!

Report response as inappropriateThank you. We appreciate your input.
This response is the subjective opinion of the management representative and not of TripAdvisor LLC
See all 78 reviews
Payments made by partners impact the order of prices displayed. Room types may vary.
Nearby Hotels 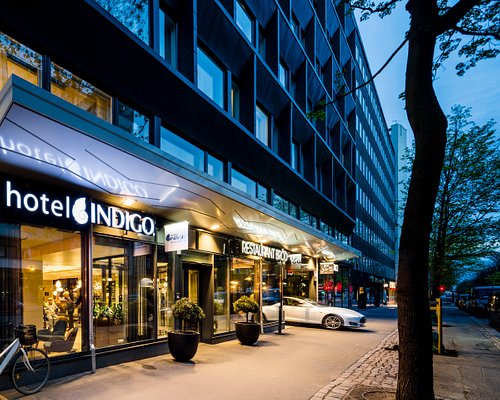 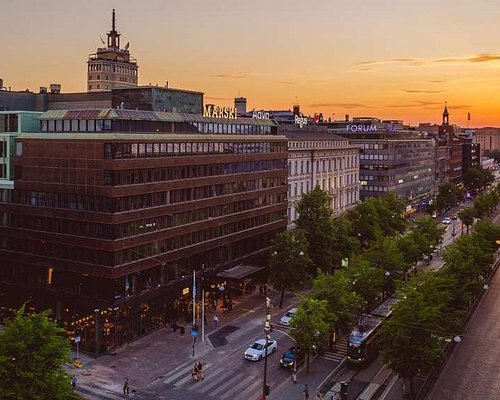 Breakfast included
Marski by Scandic
US$192 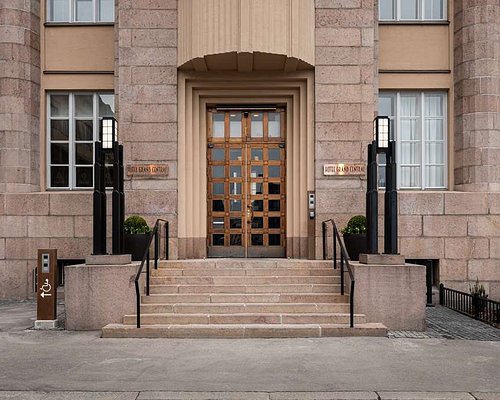 Breakfast included
Scandic Grand Central Helsinki
US$205
US$184
Booking.com
View deal
Reserve now, pay at stay
Expedia.com
US$205
Travelocity
US$205
Hotels.com
US$205
View all 12 deals from US$184
183 reviews
2.2 km from The Folks Hotel Konepaja

The whole presence of the hotel is impressive. It´s new and shiny but still honoring the old building. Really lovely. It´s nice and quiet. The staff is outstanding! I got help from the hotel´s manager as my car did not start after a super cold night. It took hours to get it started, but I was in really good hands and did not have to stress me out with this problem. I surely will come back and will also recommend my friends to chill out in this really nice place :) !

Thank you for the review and such a lovely feedback.We´re glad to hear that you enjoyed your stay with us at Konepaja and that you were pleased at our service. Hopefully we´ll see you soon again, you´re warmly welcome!

Report response as inappropriateThank you. We appreciate your input.
This response is the subjective opinion of the management representative and not of TripAdvisor LLC
Vatteri
1
Reviewed 7 December 2021
Scandinavian minimalism gone too far

There are much better boutique hotels in Helsinki.
The buildings are beautiful with lots of history, but this didn't carry into our superior plus room, which was white and gray drywall, and small to boot. The furniture was spare and there was nothing to unpack into. The toilet/shower was very small and without even a shower curtain, so we had to move toilet paper and towels out before showering. Description called for a bed for a couple and I even specially requested that, but it was just two beds pushed together, and it's a bit of a romance killer to fall between the beds while in action.
There are much better options in town for a staycation in this price range. I don't recommend paying extra for a room update, you get a bed anyway, and the shower/toilet can't be smaller.
The hotel sauna was okay, but it sorely misses a terrace to cool in - who builds saunas in 2020s without a nice relaxation area?
I really liked the breakfast, although it wasn't as good as similarly priced hotels downtown. My wife wasn't happy with porridge being the only warm thing in breakfast. Sadly the restaurant isn't open the whole week, so we didn't get to test that.
They should adjust their prices to be closer to their spartan offering. Ten euros more per night gets you at Lilla Roberts, and we should have gone there again rather than rest the new one.

Thank you for staying with us and sharing your opinion of our beloved hotel with everyone.

Report response as inappropriateThank you. We appreciate your input.
This response is the subjective opinion of the management representative and not of TripAdvisor LLC
Sailorman1980
2
Reviewed 7 November 2021
Modern, nice, clean, expensive, simple breakfast

Breakfast does not reflect the otherwise premium feeling hotel. Breakfast reminds more of what you will get in a simple motel. Eggs only served boiled.
Really disappointed about this and it really drags down an otherwise great stay.

Thank you for your review. We appreciate the fact that you enjoyed our hotel. I am sorry that our breakfast didn't live up to your standards. We will talk with the chefs and see what we van do to upscale our breakfast without sacrificing our environmental standards and no waste policies.

You are most welcome back anytime,
Marko
The Folks Hotel Konepaja

Report response as inappropriateThank you. We appreciate your input.
This response is the subjective opinion of the management representative and not of TripAdvisor LLC
aveckai
Mikkeli, Finland
11
Reviewed 8 October 2021
Awesome hotel in hip area!

I stayed 3 nights in spacious mini suite. The room was located in separate building than reception. It was not a problem to me, but might be tricky for disabled persons or with small children...
You have to go through the outside to the breakfast. Plenty of stairs.
High quality Tempur beds. There was no make up mirror in the bathroom and no table top for beauty box etc. Too narrow glass wall between shower area and toilet seat, water all over the floor. Iron wasn´t at the room, but got it by asking. Staff was really helpfull. Lovely lovely breakfast <3

I loved the atmosphere overall. The interior design is really beautiful and designed with respect to the history of the area and the property. Tram nro 9 goes straight to city center in approx 15-20 minutes.

Dear Aveckai,
Thank you for your feedback and visit at The Folks Hotel Konepaja!
Glad to hear that you enjoyed your stay and I agree that our interior design in rooms and overall hotel is very beautiful.
Thank you also for the ideas and feedback on how to improve our services.
We hope to see you again!

Report response as inappropriateThank you. We appreciate your input.
This response is the subjective opinion of the management representative and not of TripAdvisor LLC
256mai
1
Reviewed 4 October 2021
Not recommended for women with luggage

We stayed in a loft room that was probably decorated with 3 meters tall humanoids in mind - there was a big mirror on the wall for them. I only saw the utmost top of my head in it. Also, there was no designated space for luggage nor a proper place for doing one's make-up and hair.
There was a mirror in the bathroom, but no place for your beauty box and all the little things that you need while making up. You also have wet feet, as the shower area was not separated properly.

On the positive side, the staff was very helpful and friendly, and the breakfast was among the best I have had in a hotel. The rooftop bar is highly recommended.

Thank you for your review. I am very sorry that you felt that our interior design choices were not what they should have been.
A big thank you for recognizing our awesome staff. They are the soul of our hotel.

Report response as inappropriateThank you. We appreciate your input.
This response is the subjective opinion of the management representative and not of TripAdvisor LLC
View more reviews
PreviousNext
1…456…